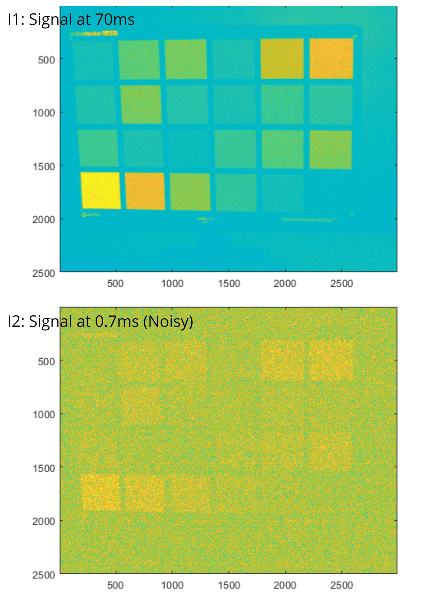 I have a long exposure image captured at 70ms. (I1) (As attached)

I also have another image captured at 0.7ms with Gain24. (I2) (As attached) This image has both noise and signal together.

I would like to compute SNR value by calculating the variance of the signal I1 and variance of noise (I2-I1). Since the gain and exposure are different, the pixel intensity of my I2 image is different from I1, such that (I2-I1) gives not only noise but also a considerable amount of signal.

I would assume that I1 and I2 are of the same scene/same lighting conditions/same camera position.

Not the answer you're looking for? Browse other questions tagged image-processing signal-analysis noise snr pixel-wise-operation or ask your own question.