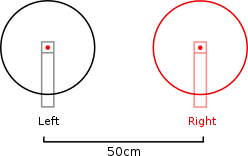 16
How to extract vocal part from stereo audio signal?
1
Finding audio data in recording
1
Decompose stereo signal
0
How to simulate a stereo recording?
2
What techniques/algorithms can I use to reduce noise when recording audio?
3
Real-time mixing of two audio clips while only modifying the data of one
0
Algorithms to fix audio feedback loop
3
Beyond "mid-side": decompose an audio stereo recording (coincident microphones) into Mid + 45° + 90°
0
Searching for an algorithm that can detect the stereophonic recording method used for a given stereo recording