I am trying to perform convolution in MATLAB of an anechoic speech signal (2.1 s) and a impulse response (20 s) using the following code:

Running the above code, it gives me the required convolved signal, however at 20s, I also hear the anechoic speech signal. I have the following questions:

See the attached plots. In the last plot, around 20 s, there appears the anechoic signal: 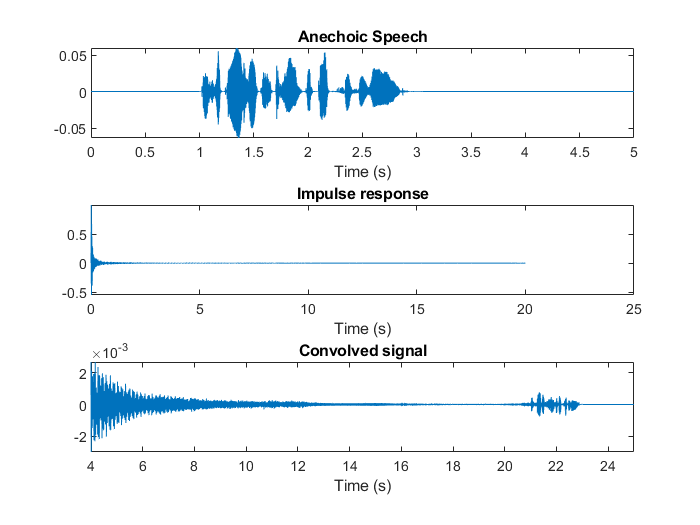 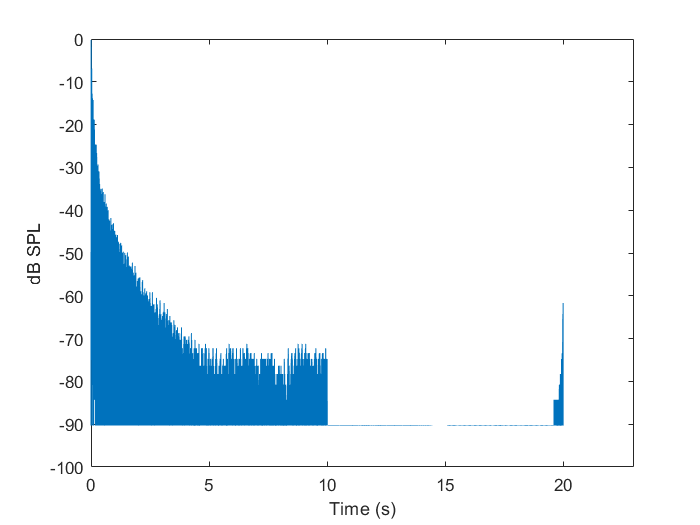 I have no access to your audio files so I've downloaded: 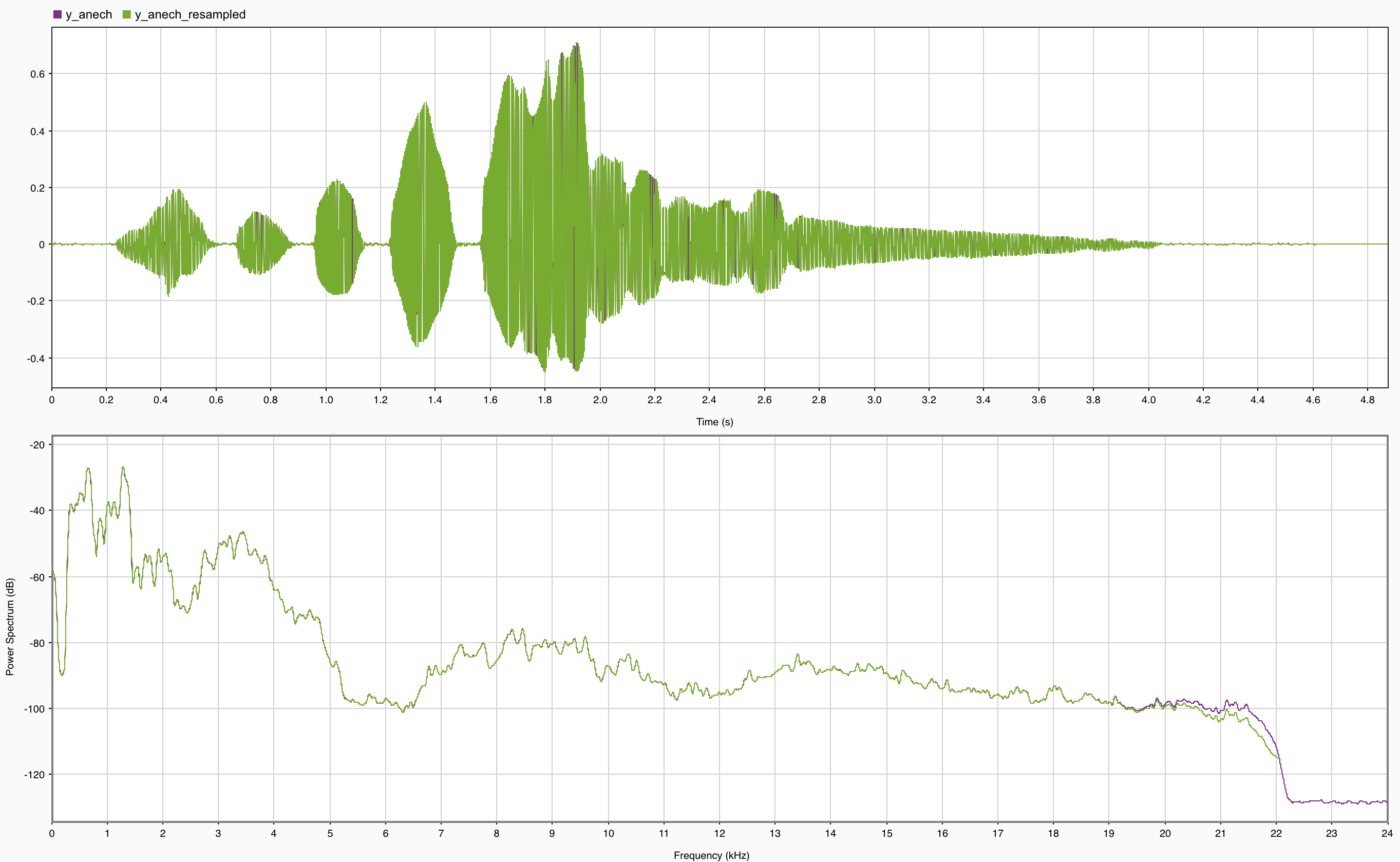 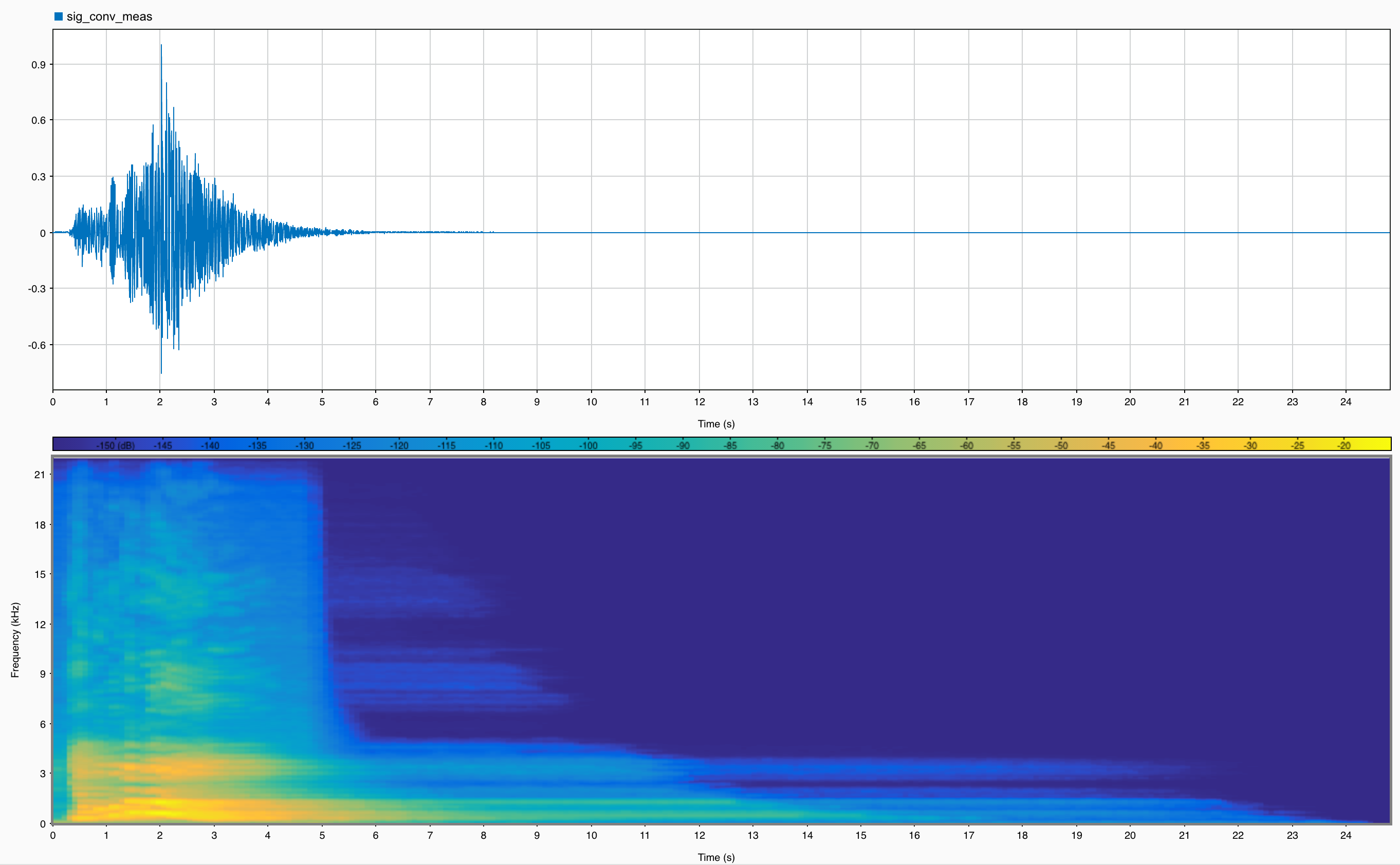 As for your questions:

As you did the plot of IR in logarithmic scale it's clearly visible that towards its end there is another peak at 20s. Once convolving with speech it will yield another repetition of the speech signal. If you look at the first plot, your audio starts around 1s mark. As you are convolving the IR with the input signal, it will repeat it after 20s, and this is what you see in your convolved output around 21s.

Think about how an IR would look like if you want to produce an echo after 20s - one strong peak at 0s and another, smaller at 20s. I am guessing that this "peak" at the end is, in fact, the build-up before the main peak and should actually precede the main one (you can tell it by digital zeros and low energy samples in-between), or potentially a result of harmonic distortion that was moved to the and. Definitely someone must've extracted/saved this IR in such a way.

Nonetheless, you can easily ignore anything past 10s mark as it doesn't carry any extra information during convolution. TBH, I would ignore the part after 5s, where it roughly meets the noise floor. Otherwise, it's a waste of computational resources to convolve with full length.

Possibly you can automate the cropping. It looks like the IR file is stored in 16-bit audio, and when noise-floor ends (around 10s mark), you get sample values equal to 1. If you look when they start in the vector, you can find your cut-off point automatically, should you have more IR's.

First of all your division by fsIR has no effect as it's normalised by the maximum value in the line that follows. Anyway, most likely your IR is reverberant and generally increases the energy. Think of it as a filter that has a lot of frequency boost. Here is a comparison for resampled anechoic recording and unscaled auralised signal. 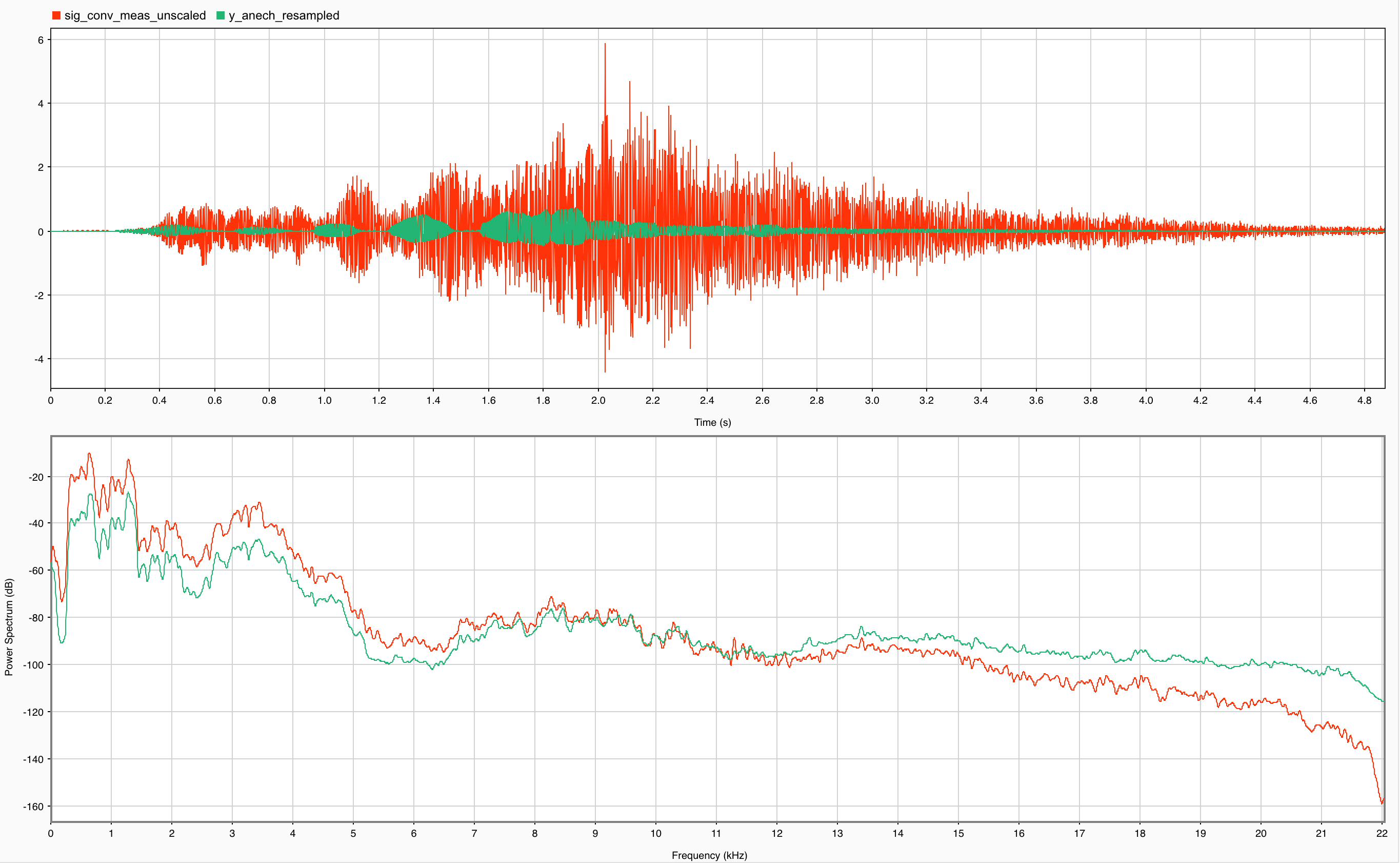 Not the answer you're looking for? Browse other questions tagged matlab sampling convolution impulse-response speech or ask your own question.