This might be a silly question. I was reading about the Laplacian of Gaussian (LoG) operator and got confused about the alternative equivelant ways we can make use of it.

However, is this approach correct? It seems to me wrong and haven't found it anywhere. I tend to believe it's not valid since it will amplify the noise of initial image $I(x,y)$ (because we first apply the Laplacian operator on the noisy image) and then the smoothing will not be such efficient.

This sounds counter intuitive to many, but as long as the difference operator and the smoothing kernel are linear and space-invariant, they can be applied in any order, and thus are often combined in a single convolution operator (for more computational efficiency), for the same.

This is illustrated below for the first derivative only, but you can follow the same argument by differentiating again. 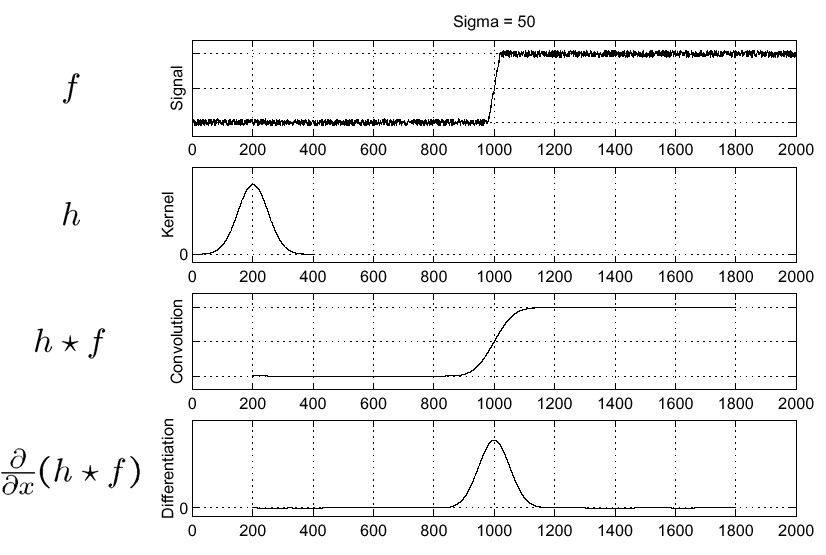 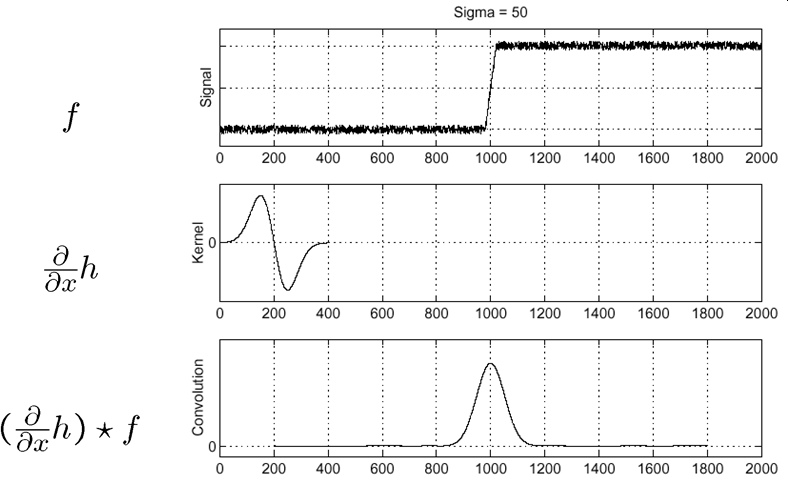 What you describe is commonly known as the LoG, Laplacian of Gaussian. Note that when one operation becomes nonlinear, this is not true anymore.

Not the answer you're looking for? Browse other questions tagged filters convolution gaussian derivative or ask your own question.

1
Concrete use of convolution algebraic properties
1
Is convolution distributive over multiplication?