Some questions about the intuition of the DWT

Assuming a DWT of a signal of length 8 with Haar filter taps. At the lowest level, I end up with a3 and d3 both of length 1, d2 of length 2 and d1 of length 4 which is the same number of coefficients of the original signal and which I can plot on a dyadic grid.

In contrast to the WPT in the DWT there is only basis representation for a given decomposition level ([a3,d3,d2,d1] for the 3 level decomposition in the example above). From this sequence one can choose to recover the original signal or zero out some coefficients and then reconstruct for denoising purposes and the likes.

The dyadic grid representation is analogous to the CWT and so displays signal energy over a non-uniformly discretized 2-dimensional grid of time and scale/frequency.

I often see in books a representation in which the coefficients are just concatenated and plotted on a 1-dimensional frequency axis just next to the original signal axis. 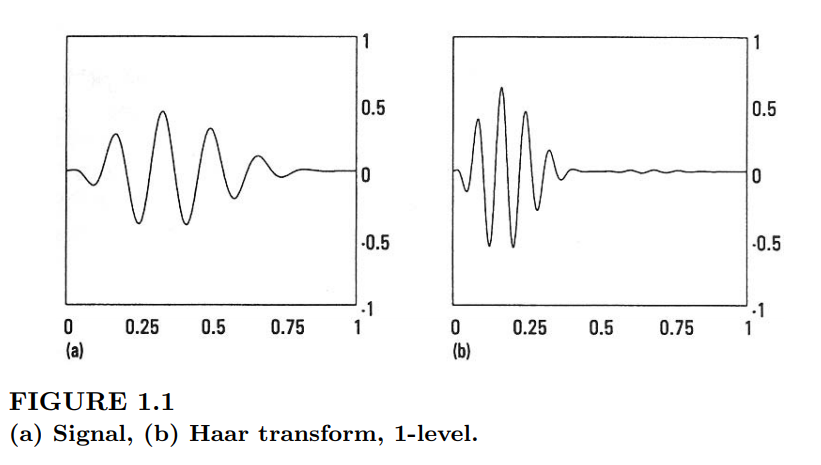 I find this representation quite confusing since it suggests to directly compare both graphs although they are displayed over time (figure a) and frequency (figure b) respectively.

First, one should be cautious about processing short signals like these. I am unsure about the length of 3 for a3 and d3. Now, the many questions:

Not the answer you're looking for? Browse other questions tagged discrete-signals wavelet dwt or ask your own question.