Deconvolving a 1d Signal Using a Lookup Table of Kernels

assuming I measure a signal that has different PSFs per position in time. 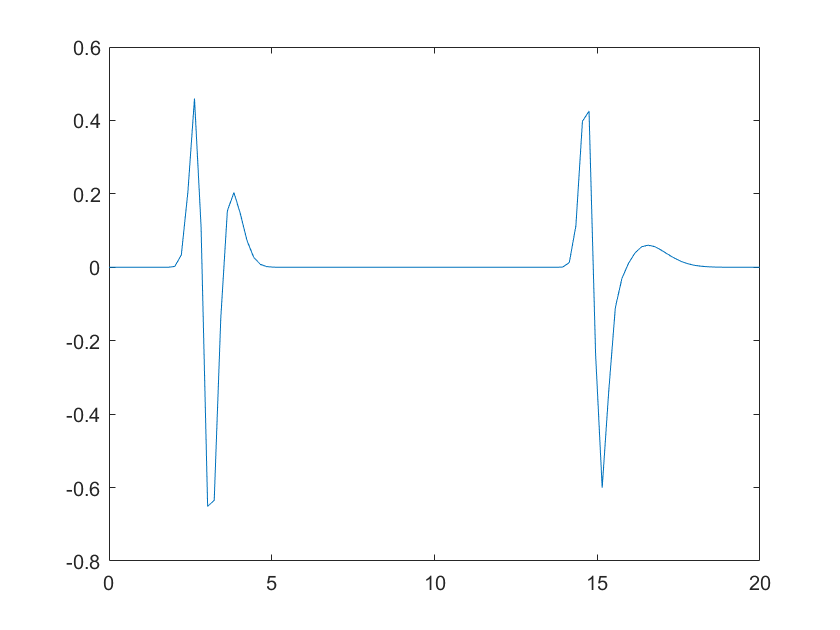 Note that the two peaks now are distorted differently as function of their position.

What methods can I use here, given that I have such a PSF lookup table, such as that h = @(t0)... above, to deconvolve my 1D signal, even though it will behave differently in different positions as seen in the plot? just a standard deconvolution wont work here.

EDIT : trying to clarify the question further. I am looking after a way to "deconvolve" the signal that is distorted by such position dependent PSF. So instead of these two features I will be able to trace back the original signal (this case just two peaks). Using standard de-convolution schemes will not work well because they assume an effective single PSF, and here we have a "family" of PSFs. Is there a way to solve it? I was hoping, for example, that extending the dimension of the PSF will allow to accommodate such effect, or maybe using other tools to "train" a system to understand it.

EDIT 2: Here's a file that show an example of x - the ground truth signal, y - the signal convoluted by the positions dependent psfs (or kernels) and, psfs - an array of kernels per position.

The way I understand the problem is each sample of the output is a linear combination of the samples of the input.

Hence it is modeled by:

The problem above is highly ill poised.

In the classic convolution case we know the operator matrix, $ H $, has a special form (Excluding the borders) - Circulant Matrix. With some other assumptions (Priors) one could solve this ill poised problem to some degree.

Unless you add some assumptions and knowledge into your model the solution will be Garbage In & Garbage Out:

See the above code. You will always have a perfect solution yet it will have nothing to do with mH.

Now, if I get it right, you say I don't know $ H $ perfectly, but what I have is a pre defined options.

Where $ R $ is basically a row selector matrix, namely it has a single element with value $ 1 $ in each row and the rest is zero.

So our model is:

It is still exceptionally hard (Non convex) problem but with some more knowledge it can be solved by utilizing alternating methods where we break the optimization problem as:

Now each sub problem is convex and easy to solve.

Yet I still recommend you add better assumptions / priors.

Such as the minimal number of contiguous samples that must have the same PSF (Similar to 2D in images where we say each smooth area is smoothed by a single PSF).

We didn't employ the fact each element in $ R $ is either 0 or 1 as the straight forward use of that will create a Non Convex sub problem.
In case the number of PSF's is small we can use MIP solvers. But the model above assumed each row is a PSF so for large number of samples even in case we have small number of PSF'w the matrix is actually built by shifting each PSF as well. So we'll have large number in any case.

Another trick might be something like Solving Unconstrained 0-1 Polynomial Programs Through Quadratic Convex Reformulation.
Yet the simplest method would be "projecting" $ R $ into the space (Which is not convex, hence projection is not well defined). One method might be setting the largest value to 1 and zero the rest.

In comments you made it clear you know the kernel per output sample.
Hence the model is simpler:

The least squares solution is simply $ \boldsymbol{x} = {H}^{-1} \boldsymbol{y} $.
For better conditioning and noise regularization (Actually prior about the data, but that's for another day) you can solve:

This is a MATLAB code for proof of concept:

This is the result: 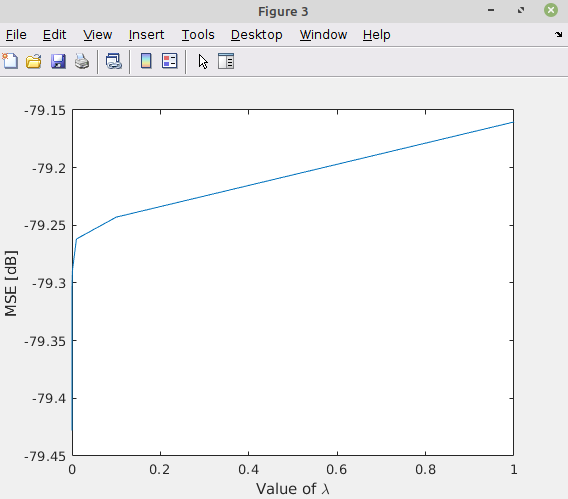 As an answer probably require to have more details on the look-up table (smoothed and regularity of the kernels), here is a couple of recent papers, including a review:

Not the answer you're looking for? Browse other questions tagged matlab discrete-signals filtering deconvolution inverse-problem or ask your own question.

10
How can I automatically classify peaks of signals measured at different positions?
4
How Can I Detect Peaks and Regions of Highest Variance in a 1D Signal?
4
Use MATLAB to Restore a Signal from a Given Degraded Signal Using Tikhonov Regularization
0
how fast can you sweep sinewave
0
How to find analytic description of filtered signal
3
Deconvolving known impulse response from a sampled noisy signal
0
Pre-emphasis: What is connection between parameter a and 6db/oct?
4
Removing step-function like noise from signal, knowing when the step functions occur
4
Reconstructing/interpolating small regions of a bandlimited signal by taking the fewest possible samples