Question about Hilbert transform of a cosine signal 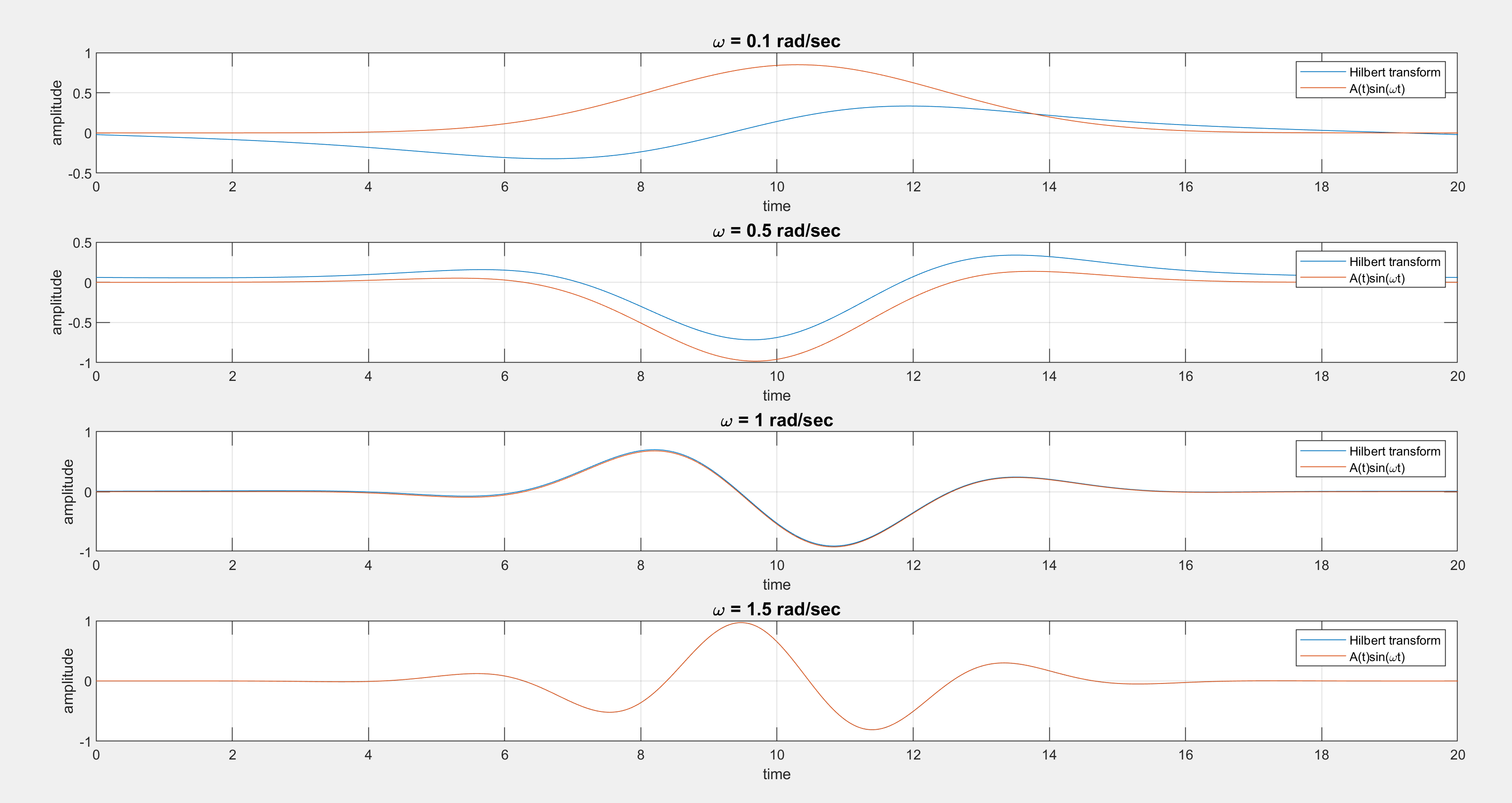 Make sure that you understand the conditions under which

In your example, $A(t)$ is not band-limited, and, consequently, $(1)$ doesn't hold. However, if you increase the modulation frequency $\omega_0$, the overlap of the spectra of $A(t)$ and of the carrier becomes smaller, because $A(t)$ does have a low pass character. So for large $\omega_0$, Eq. $(1)$ is approximately satisfied, which is exactly what you see in your plots.

The claim is generally false. This is studied in details in a 1997 paper by B. Picinbono: On instantaneous amplitude and phase of signals

Let $m(t)$ be a positive function corresponding to the information o be transmitted. By multiplying the carrier frequency signal $cos(\omega_0 t)$ by $m(t)$, we obtain the signal $x(t) = m(t) > cos(\omega_0 t)$ and it is commonly admitted that is $m(t)$ the instantaneous amplitude of the signal $x(t)$. This appears in many textbooks

This leads to the conclusion that the definitions given previously, even if they are widely used, are incoherent because they do not associate with a given real signal a well-defined pair of functions that are the instantaneous amplitude and phase of $x(t)$.

The basis of the the claim resides in the Bedrosian theorem, that asserts that, in some conditions, the Hilbert transform $\mathcal{H}$ can apply separately on a product

The classical condition is of "distinct frequency supports": that $x_1(t)$ is strictly band-limited above $B$ (ie zero-spectrum for $\nu> B$, and $x_2(t)$ is strictly band-limited below $B$ (ie zero-spectrum for $\nu< B$). This condition does not hold with the Gaussian function, since it is not band-limited. However, when you increase $\omega$, the overlap between the Gaussian and the carrier sine has less energy, and the claim becomes "less false" in simulations.

Not the answer you're looking for? Browse other questions tagged hilbert-transform amplitude-modulation or ask your own question.

2
Conditions for analytical signal reconstruction with the Hilbert Transform (HT)