which are saturation and intensity images in this figure? 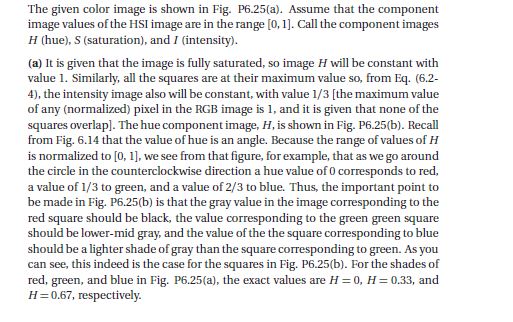 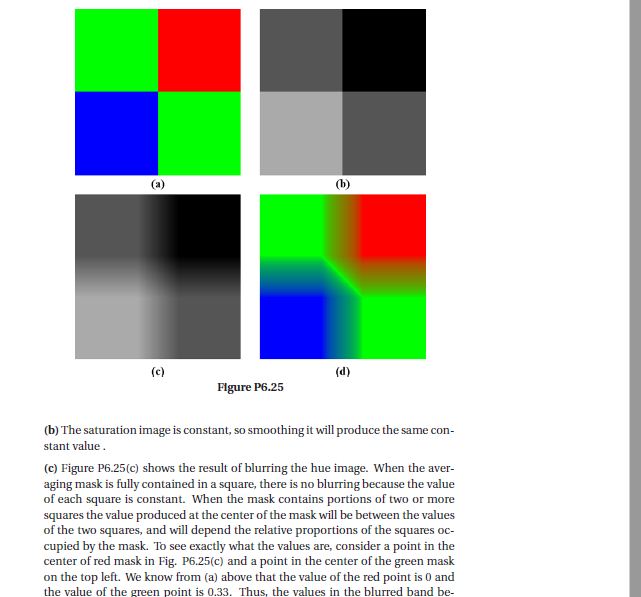 When the text refers to Hue component image, it is to represent what hue value these colors hold, not an actual picture in the text. When the text says H is shown in figure b, it means the numerical representation of these three colors (or hue) are illustrated more clearly when we take away saturation.

That being said, the saturation for all four figures (a to d) is being held constant as well. Figures a and d having high saturation, while figures b and c have no saturation. So I wouldn't say any of these figures are a Saturation image, by the definition you might be looking for. To make that picture you would need a square of a single color (Hue) and then change the saturation of each of the four corner squares.

Likewise, all of these figures have constant intensity in each corner. So I wouldn't say any of these are Intensity images either.

All of these figures have "component images" in them: H, S, and I.

Figure a and b illustrate the effects of changing Hue on an image with static saturation and intensity, while figure c and d show what happens when you "blur" (taking color averages over small portions of the image) the first two figures.

5
What is Hue and Saturation?

6
Difference between Contrast and Intensity of an Image
3
What is state of the art in multivariate 2D image display?
0
Balance brightness and contrast between two images
3
How to Measure the Intensity / Saturation of a Color in an Image?
0
Colorimetry: Gamma/gamut colors Color/color light
0
What are some current algorithm(s) for finding if two images are copies of each other?
3
Why image deblurring still is an open problem?
1
What does hue, saturation and intensity means in image processing?