Algorithm to Count Zeros Outside Unit Circle for FIR Filter

As detailed in this post Can I set a constraint on the first tap of an FIR filter such that its inverse is stable? I show how Cauchy's Argument Principle can be used to easily confirm if an FIR filter is minimum phase, meaning all zeros are inside or on the unit circle, or the converse, maximum phase, simply by plotting the frequency response on a complex plane.

However, the approach I use is completely graphical, in that I have to plot the frequency response and then manually count encirclements of the origin. Each encirclement of the origin indicates a zero that is outside the unit circle.

My question what would be a compact and efficient algorithmic approach (not graphical) based on the Cauchy Argument Principal that would be more efficient than solving for the roots and determining that $|z|>1$ for all roots, or any other approach to count the number of zeros outside the unit circle? 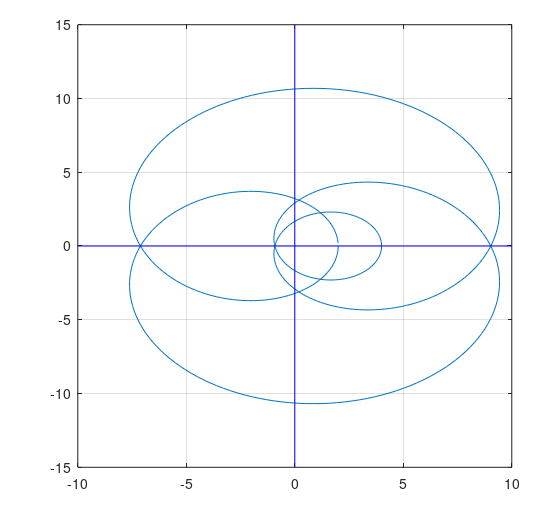 Here is one answer, if someone can improve on this I will select it as the "right" answer (also comments very welcome on obvious flaws with this approach):

Given Cauchy's argument principle, the number of zeros outside the unit circle is given by the number of encirclements of the origin for the frequency response of the filter as plotted on a complex plane. Each encirclement causes the unwrapped phase to go further than $\pm \pi$ in any interval $\pi$ in normalized radian frequency.

Thus the algorithmic approach would be to unwrap the phase, remove the initial phase at $\omega=0$ and then count the number of crossings of the horizontal lines given by $\pm \pi$, using the Bentley-Ottman algorithm to efficiently count the crossings: https://en.wikipedia.org/wiki/Bentley%E2%80%93Ottmann_algorithm.

Not the answer you're looking for? Browse other questions tagged finite-impulse-response algorithms minimum-phase dsp-puzzle or ask your own question.

2
Can I set a constraint on the first tap of an FIR filter such that its inverse is stable?