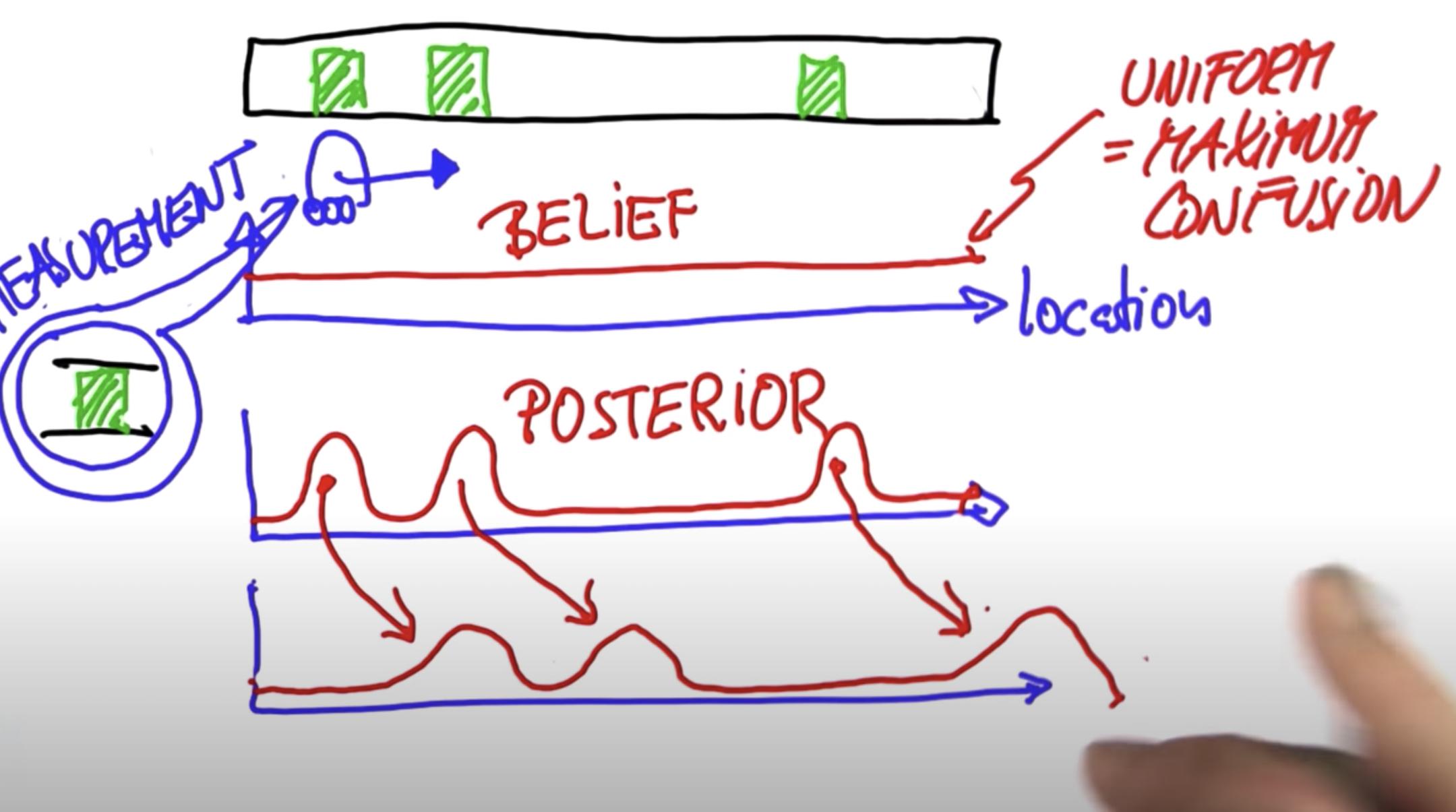 The idea is that the robot is trying to figure out where it is. The only information it can use is:

That's how we go from the "maximum confusion" (uniform) plot to the one with three humps. This uses the first you're next to a door measurement.

The peaks of the three spread out humps are still the robot's best guess as to where it is on its map.