In figure caption line,convolution is written in bracket after fir filtering

If yes?then what about IIR filtering operation? Is that also convolution? 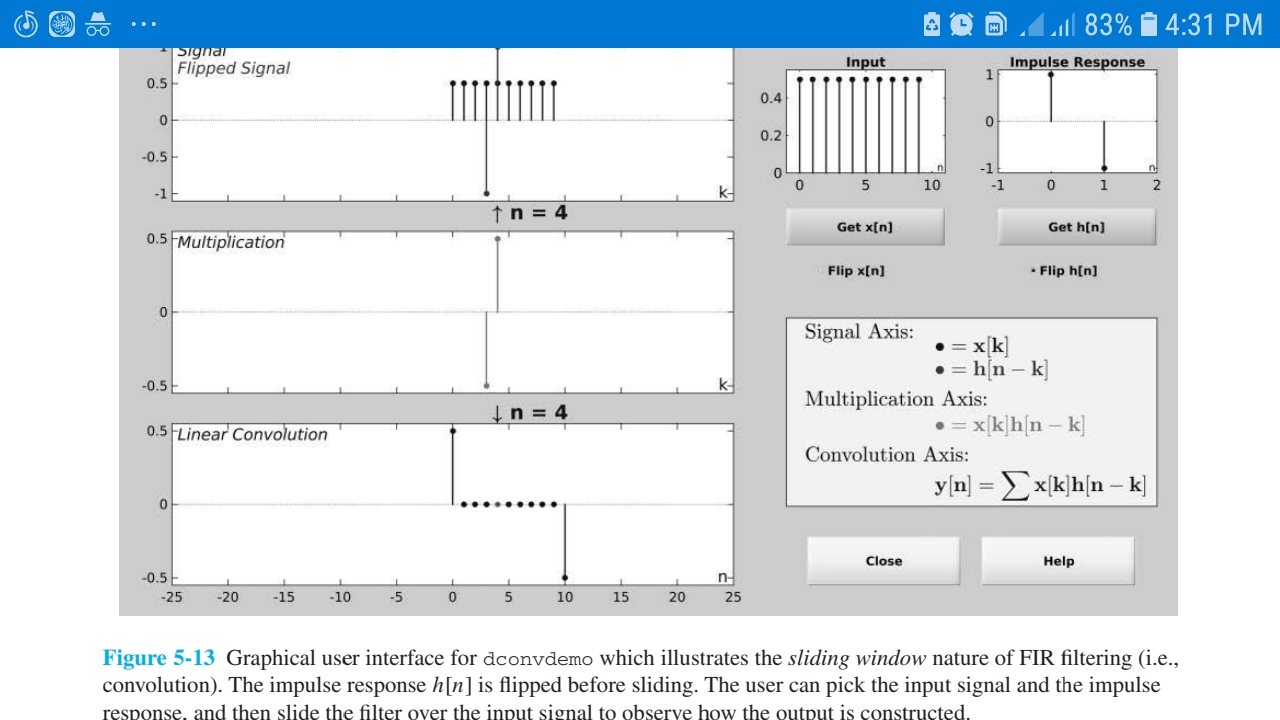 Given the generalized convolution summation as:

$h[n]$ is the impulse response of the filter and $x[n]$ is our input signal.

Here is a convolution with a Finite Impulse Response (FIR), which is causal (starts at $k = 0$, and has a finite impulse response (summation is over $M$ samples) As written this is directly realizable as an FIR filter: 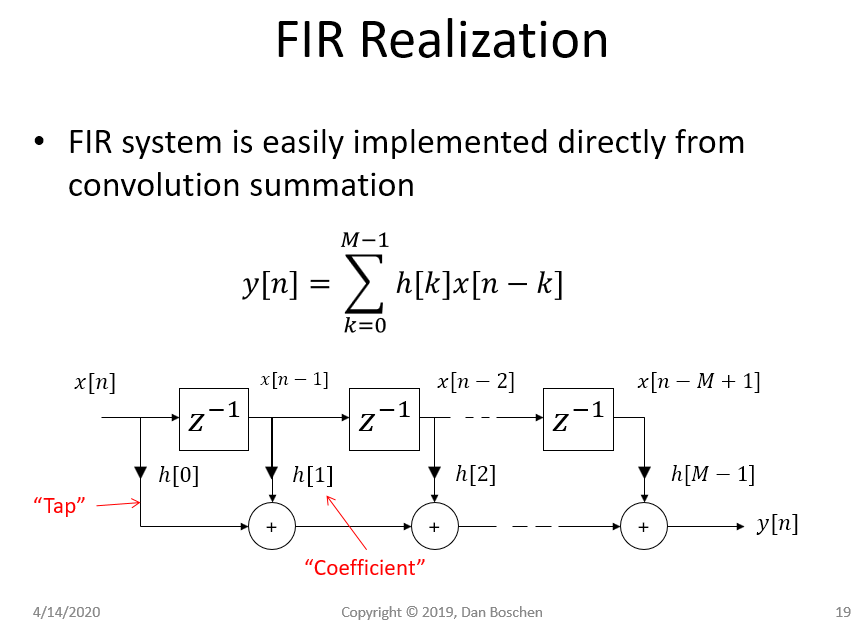 In comparison here is a convolution with an Inifinite Impulse Response (IIR), which is also causal but the impulse response extends to infinity:

This is impossible to create a direct realization, but a subclass of IIR systems can be implemented using recursive difference equations: 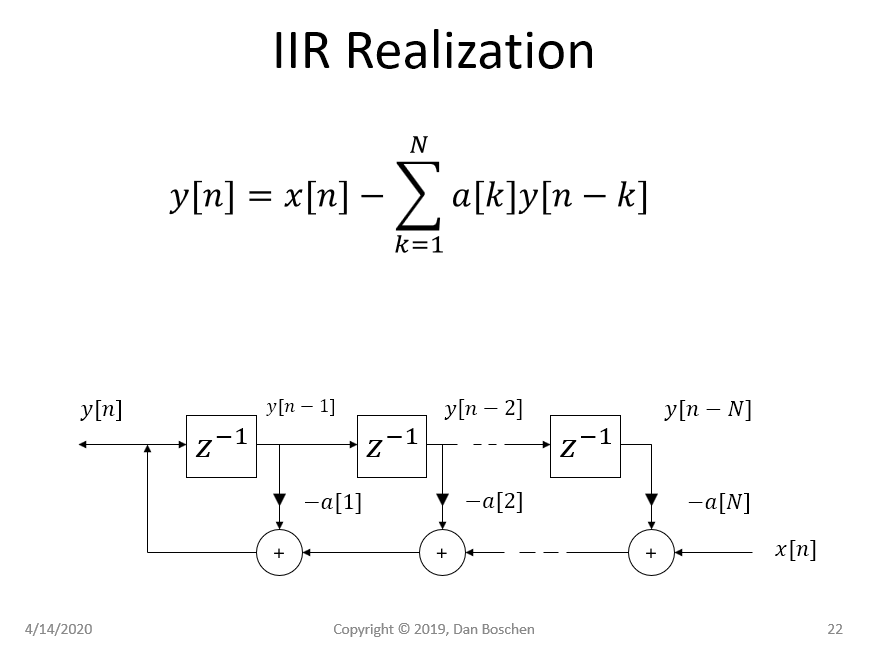 Input - Output (I/O) relationships of systems can be given in a number of ways. The most general form is :

$$ y[n] = T\{x[n]\} $$ where the output $y[n]$ is described by some formula for the given input $x[n]$. This representation includes all sorts of systems; linear, nonlinear, time-invariant, time-varying, causal, noncausal, stable, non stable etc...

A third way of expressing an I/O relation for a system is given by the difference equation LCCDE form : $$ \sum_{k=0}^{N} a_k y[n-k] = \sum_{k=0}^{M} b_k x[n-k] $$ and with suitable initial rest conditions, this representation is also equivalent to an LTI system with convolution output.

Finally, all I/O relationships for systems describe an operation of processing the input and producing an output, which is called as the filtering operation in the most general sense. As it can be seen, for LTI systems, filtering operation is equivalent to convolution operation. This is true for both FIR and IIR systems, however it's computabe only for FIR systems due to practical reasons.

Not the answer you're looking for? Browse other questions tagged filters convolution or ask your own question.

0
FIR / IIR and Wavelets
3
Forward and Backward Filtering (MATLAB's `filtfilt()`)
0
Convolution by IIR filter, a case where circular convolution is allowed?
1
Filter, window function and audio signal: how to link them to each other?
0
Calculating filter coefficients of a Moving average with error correction
1
confused in difference between calculations of convolution and multiplication?
1
Confusions regarding convolution?
0
Confusion regarding notation/symbol?
0
Frequency domain filtering: must filter coefficients always be conjugate symetric?