Suppose I have a measured signal $M$ that has frequency components from 0 to 50 Hz. I plot the specturm of this signal using FFT and I observe its frequency content (power vs frequency). Then, I decompose signal $M$ to its fourier series components and weights, I call this series $M_{hat}$. I compare the spectrum of $M_{hat}$ and $M$ and they look identical.

As per OPs real signal shared in txt file, it looks like extraction was done only one 1 side corresponding to FFT $M_{hat}$. For a real signal, we need to do extraction from other side also. So effectively we need to combine weights of double the number of components. The spectrum of the new signal $M_{hat10}$ will match that of $M_{hat}$ in the frequency range 0 to 10Hz as shown below 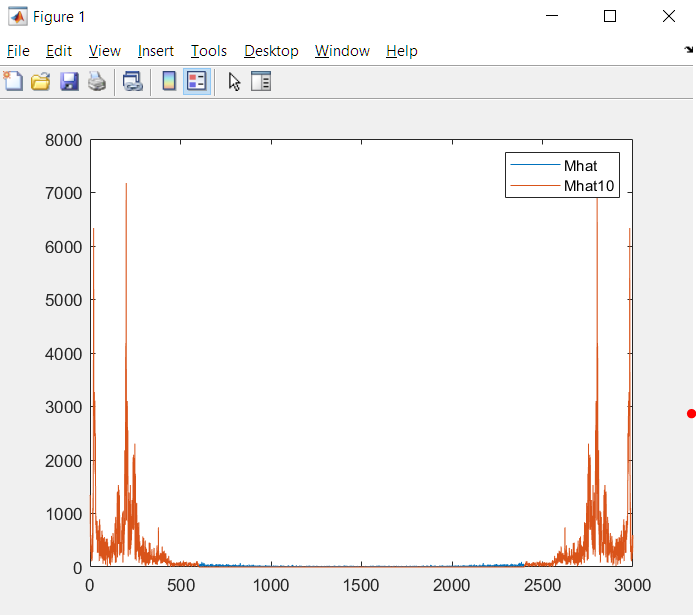 This will match exactly if the time domain signal is properly recreated from the Inverse DFT as expressed in the sine and cosine form. In this case the DFT and inverse DFT are transform pairs so can be expressed in either domain with no loss of information.

Here is the general form for (painfully) computing the inverse DFT from sines and cosines which helps show the mathematical utility of always using the complex form of frequency when dealing with complex sinals ($e^{j\omega t}$ instead of $\cos(\omega t)+j\sin(\omega t)$). (And ultimately using the FFT algorithm and not the direct DFT equation is much simpler but this is insightful).

Given the Inverse DFT as:

When N is odd this is equally of the form:

When N is even the inverse DFT is of the form:

I also want to add this important additional note that this is actually a very poor way to implement a filter (it is called the frequency sampling approach, where the coefficients of the implemented FIR filter would be the IFFT of this frequency domain mask). It will indeed provide the results exactly as given in frequency at each bin center (in this case pass each frequency at the bin centers below 10 Hz with magnitude 1, and each frequency above 10 Hz with magnitude 0), but for all frequencies in between the bin centers both in the passband and stopband it will have a lot more deviation from other optimized filter design approaches (such as least squares and equi-ripple filter design).

This response at this post by @hotpaw2 explains this further in more detail: Why is it a bad idea to filter by zeroing out FFT bins?.

This is because once you consider only the linear combinations of sins and cosines in the 0 to 10Hz, you have essentially taken away from the energy and representation of the original time domain signal in the 0 to 50Hz. In essence this new signal formed from the sins and cosines from 0 to 10Hz essentially represents a different time domain signal itslef. Hence the fourier contents will not match. The convergence between $M_{hat10}$ and $M_{hat}$ in 0 to 10Hz will only be in the mean square sense.

Not the answer you're looking for? Browse other questions tagged fourier-transform fourier-series or ask your own question.

109
Why is it a bad idea to filter by zeroing out FFT bins?

1
Which Approach Is Better for Decomposing an Image into High Frequency and Low Frequency Components?
1
Fourier series - time and frequency domain confusion
0
Relation between a Fourier series harmonic component and its power
1
Signal equation using signal waveform and Fourier series?
0
Basis signals for the discrete-time Fourier Series
1
How to visualize this statement regarding Conjugate Symmetry