In lab, I did a bunch of scans using a radiation source and a detector. My source emits a gaussian beam (whose dimensions I know), and my detector is a uniform 7mmx7mm square. These are stationary and I run my sample between them as the image below shows. 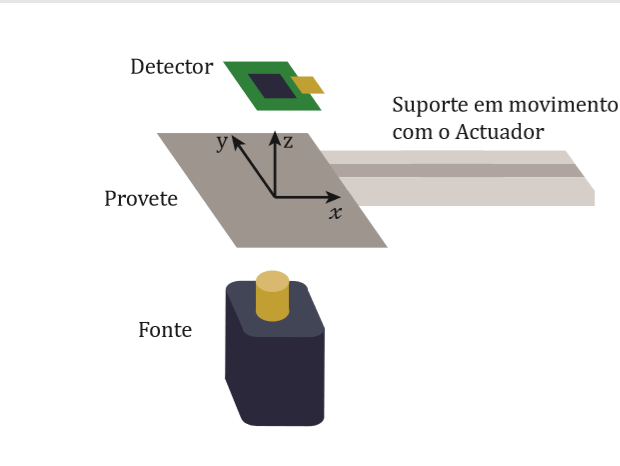 (sorry for not translating, "Provete" means sample, "Fonte" means source, and the grey thing is an arm that holds and moves my sample)

The thing is, the sample moves in steps way smaller than 7mm (usually 0.25mm) so my final image is convolved.

I've been trying to deconvolute my images with the Richardson-Lucy method by trial and error using different PSF's but with no success. I've tried gaussian, quadractic, a cone, truncated gaussian, pyramid, sinusoidal, a convolution between a square and a gaussian, and some others but to no success.

None of my results appeared any sharper than my original image. All of these I've tried through a range of dimensions and parameters, so in total I've tried thousands of possibilities.

To make sure I'm not committing some basic mistake I tried convolving the picture of "Lenna" and deconvolving it and it works beautifully.

Is there a better approach to this? Are there any obvious PSF's I'm not seeing?

31
Detecting Trail in Forest Images
8
Using the Inverse Filter to Correct a Spatially Convolved Image (Deconvolution)
3
How to Estimate the Input for a Convolution Given the Filter (Impulse Response) and the Output of the Convolution
1
Applying Gaussian Blur in Frequency Domain
3
Visual Tracking / Object Tracking: Estimate the Direction the Whale Is Moving
3
Estimate Filter Coefficients from the Result of Linear Convolution with a Known Signal
1
Finding the Width of a Point Spread Function (PSF)
3
Deconvolution of an Image Acquired by a Square Uniform Detector