From what I understand the convolution of the impulse response of a system with the input to that system gives the output.

It's obvious I am missing something but I cant quite put my finger on what that is.

As a simple graphical illustration of the defining integral, they considered the following two rectangular pulses: 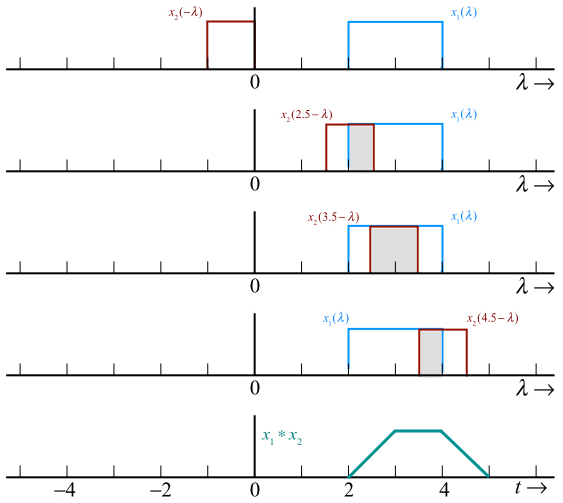 This figure is redrawn from [1, p. 59]. The shaded areas are the overlap areas as a function of the shift, $t$, and the resulting convolution has a trapezoidal shape. If the rectangular pulses had had equal width, then the convolution would havec simplified to an isosceles triangular shape.

A discrete time signal can have any finite amplitude. It doesn't have to be either 0 or 1. Ex: you could have a signal of value 2 or 3 or 100 at different points of discrete time

Not the answer you're looking for? Browse other questions tagged convolution math or ask your own question.