I have the following code: 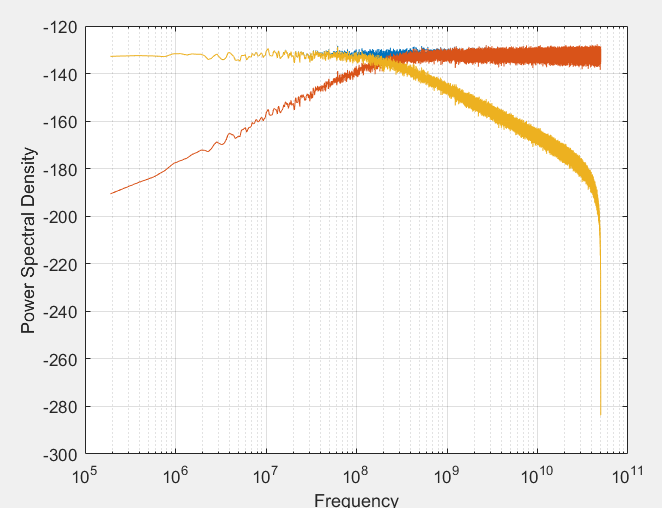 The reason is the decorrelation due to the varying phase shift between the input and output. See the plot below showing the phase of the OP's high pass filter, and how closely it follows the cancellation when plotted on a log log scale (the higher frequency components of the two signals are better aligned in time and therefore have higher correlation leading to better cancellation). 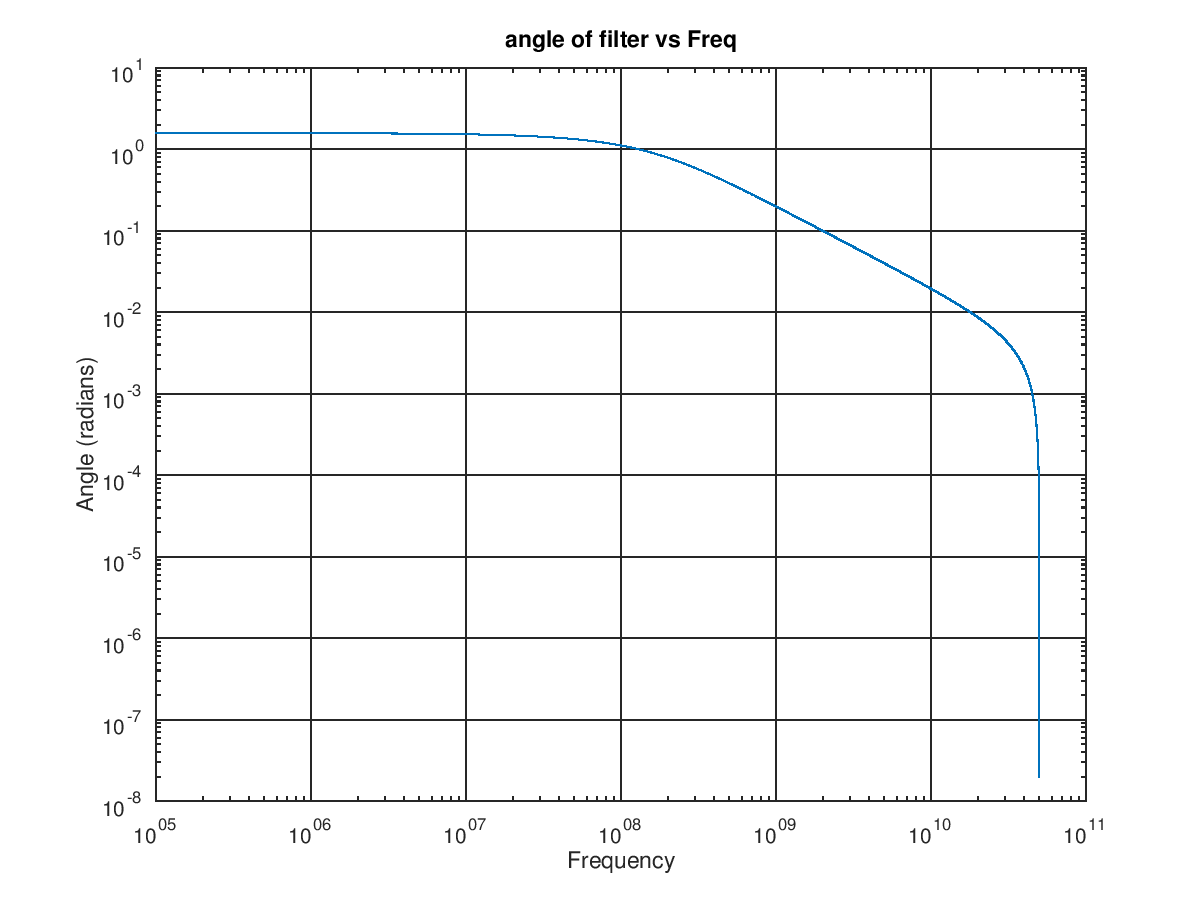 Due to the small angle, the OP's cancellation signal, assuming perfect amplitude matching, will have a magnitude that is directly proportional to the phase itself in radians between the two signals. Consider the cancellation of two signals with identical magnitude but a difference in phase:

To achieve what the OP is trying to do, the phase response of the filter must be compensated for before doing the subtraction. This would be much easier if a linear phase filter was used instead of the Butterworth filter as the phase compensation of the input signal could then be accomplished with a simple single tap delay. Of course, to completely cancel the signal the amplitudes would need to be exactly matched in the region of cancellation as well.

In practical application even with close matching a finite delay will exist between the two identical signals prior to subtraction, resulting in a high pass response with a cutoff of $1/T$ given a finite delay $T$. With a fixed delay $T$ the lower frequency components much less than $1/T$ in frequency would have a higher cancellation, and the decorrelation will go proportional to $f$ as the frequency approaches $1/T$. Signals much higher than $1/T$ would be decorrelated so would result in a $3$ dB increase as expected for the the sum of two uncorrelated signals.

I see that the difference falls down as 20dB/dec.

How can I make it fall faster?

You need to increase the filter order. However, in this case you run into time/phase alignment problem that Dan Boschen describes. You either need to use a linear phase FIR filter, using certain types of Butterworth filters with an alignment all passe filter in the "though" pass

Not the answer you're looking for? Browse other questions tagged fft power-spectral-density filtering or ask your own question.