Reflectance measurements for various materials were taken with a FTIR (Nicolet™ iS50 FTIR, from Thermofisher). The spectral range of the reflected measurements are from 400nm - 15um, they are reported in both wavenumber and wavelength (relationship: $\hat\nu = \frac{1}{\lambda} [cm^{-1}]) $. Note, that the full wavelength range was captured with three different detectors.

To simplify the matter (and give access to data) I have been using reflectance measurements form the following NASA database https://speclib.jpl.nasa.gov/library. I have chosen SiO2 from the database (2um-15um) which can be navigated to by selecting:

Changing mindset to the optical domain, and the question at hand, noting that most optical literature calls the Hilbert transform the Kramer Kronig. The FTIR measures spectral reflectance (i.e. Intensity).

Through the Fresnel equations the complex refractive index can be calculated from the below equations.

So, the goal is to take the measured reflectance data and calculate the phase through the Hilbert Transform, as shown below.

The approximation of the Hilbert transform using the double FT is given shown in the below equation.

My question pertains to the Fourier transform (FT) of the sampled data. All the equations I see on line show the FT of evenly spaced sample data with respect to "time", which I don't know. My data is evenly sampled with respect to wavenumber $\nu$, can I still use the FT but replace the sampling time (1/$\Delta$t) with (1/$\Delta\nu$)? If yes, is there anything extra I need to consider with the respect to the reluctance data.

The last equation showing the double Fourier transform has a intergal with respect to time, but I don't have any sampling time information, is there a way around this, or some conversion?

I found the following relationships online but can't quite see how to apply them.

In the linked example, the IR spectrum of ethyl acrylate was obtained via a Mueller optical calculus simulation. For present illustrative purposes, the spectrum was adjusted in two ways. First, everything below 800 wavenumbers was set to zero. This is typically where the noise is worst because IR detectors are relatively insensitive and noisy compared with detectors in higher energy ranges. Second, the spectrum was zero filled from 4001 to 4095 wavenumbers, in order to achieve a total of 4096 wavenumber values. This spectrum is shown below: 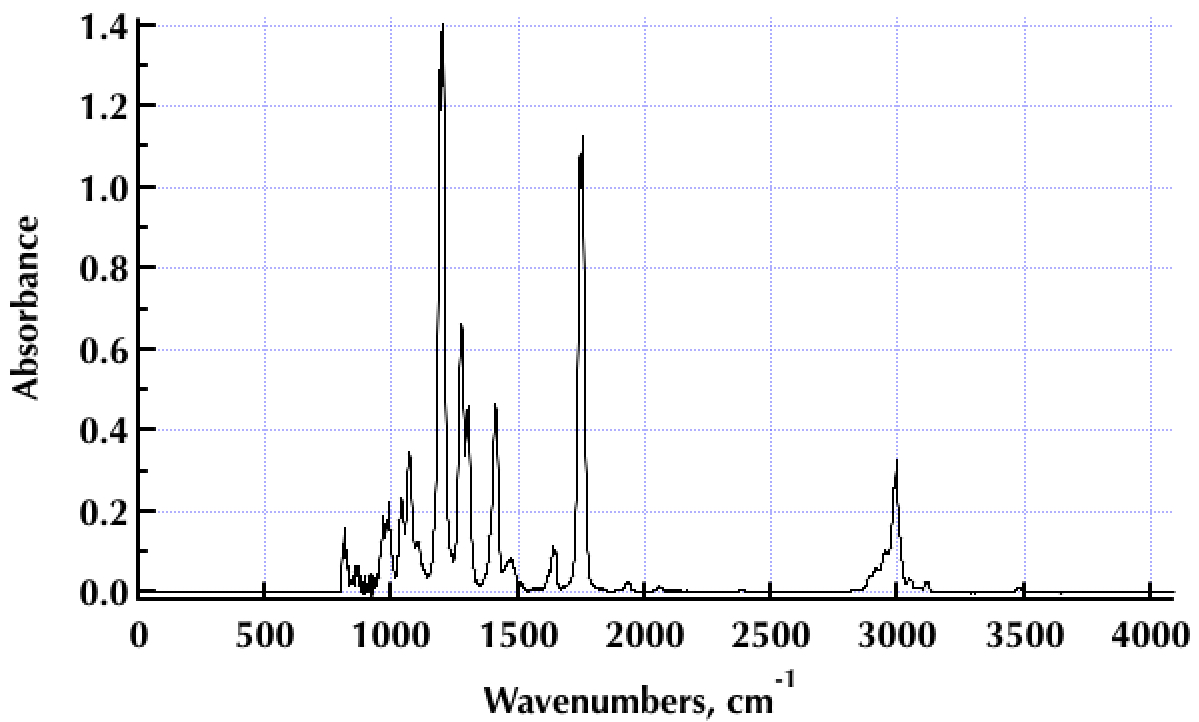 Performing the Hilbert Transform, as per the Igor Pro command in the first figure, then yields the phase spectrum: 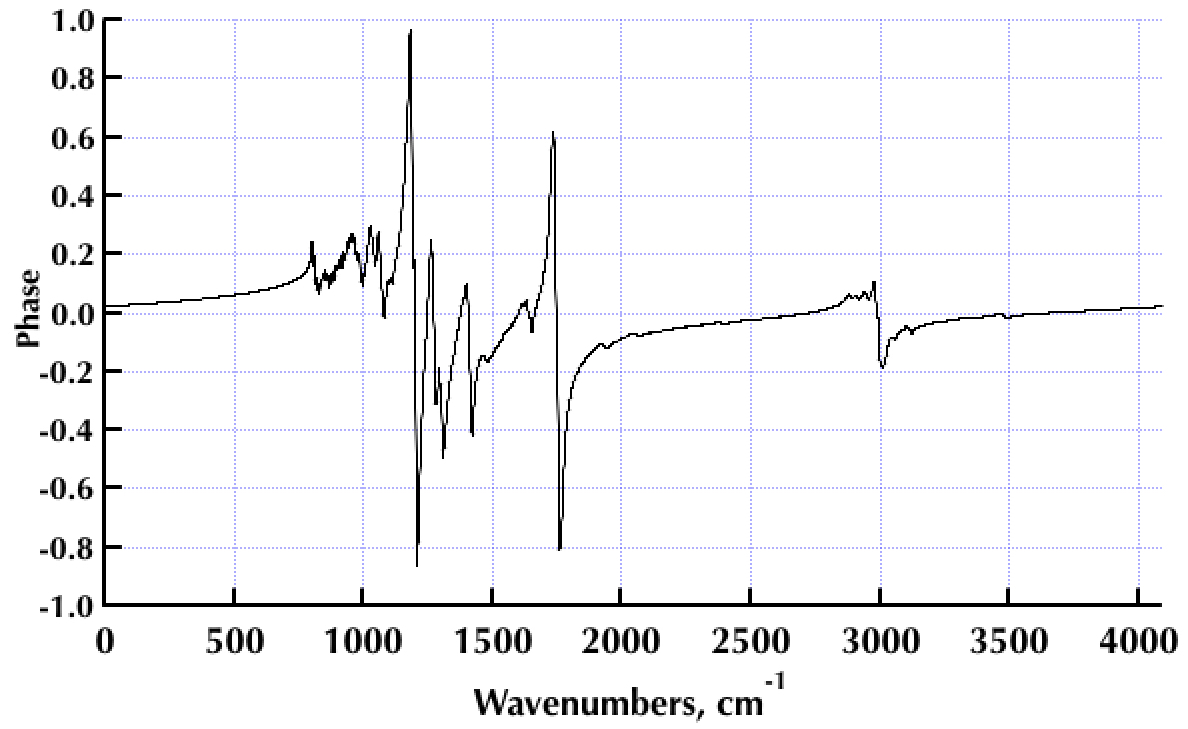 Maybe this helps and maybe it doesn't. But it points to a way forward: find a reflectance spectrum in the refereed literature and the dispersion and absorption spectra that were computed from it. This has to be something about which there is no doubt, i.e., it will be the standard. Then try using software to compute the Hilbert transform and see if the result agrees with the standard. Lastly, if you still want to do so, then pursue the pathway you have outlined in your question text. Hope this helps a bit!

When you say Fourier Transform (FT) it usually implies the continuous case. When you have discrete samples, the Discrete Fourier Transform is used. They are very similar, but it is important to keep them distinct as concepts do not directly translate from one to the other.

The DFT is a mathematical transform that does not care about the units of the domain, so yes you should be able to use it. Whether it is appropriate, or what it would mean, I can't tell from what you have described.

I did a quick search for your equations and could not find them. Perhaps you can provide a link. They do not look "proper" to me. It seems to me that the $2R(\nu)cos(\phi(\nu))$ term in the denominators should be $2\sqrt{R(\nu)}cos(\phi(\nu))$.

The denominators take the form of the Law of Cosines:

Quite similar, but a bit different. Whether the similarity has any significance will take further study. Coincidences in math tend to be meaningful.

Also, you may find this other article of mine interesting as well:

Not the answer you're looking for? Browse other questions tagged fourier-transform sampling ifft hilbert-transform resampling or ask your own question.

3
What measurement errors occur in an inteferogram?
0
Solving for a convolved function inside an integral