How much of a problem is the Gibbs phenomenon and would this solve it?

By iterating or nesting a sine curve like in this question 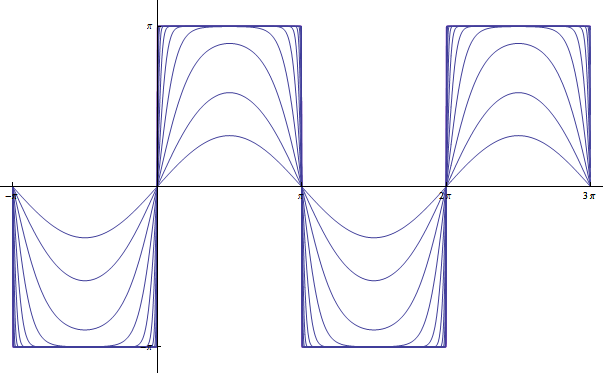 that seem to tend to a square wave. 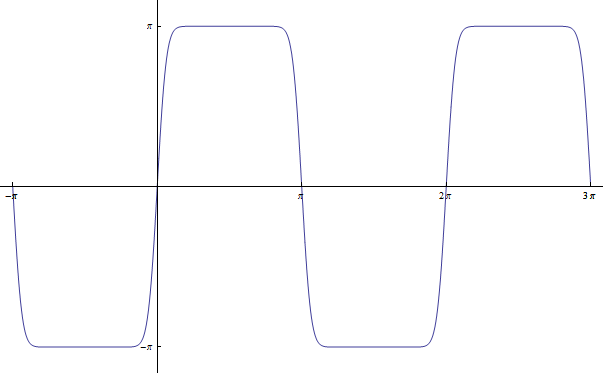 which here on purpose was chosen for it's roundness.

The Mathematica code for these plots can be found here: http://pastebin.com/6UK1u1uX

I don't know much about signal processing but I recalled the Gibbs phenomenon in square waves after I saw these curves.

Would they solve the problem with the Gibbs phenomenon in the case of square waves?

In the Fourier transform this kind of function is not of any use though I understand. 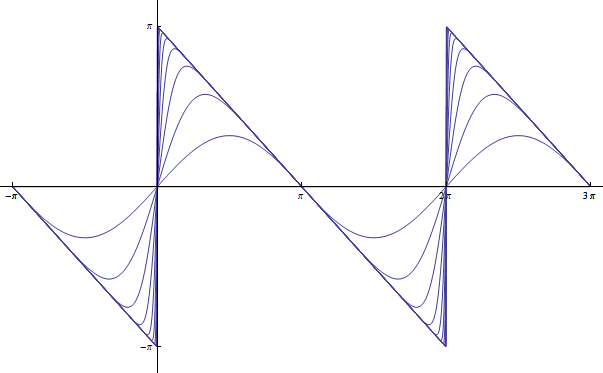 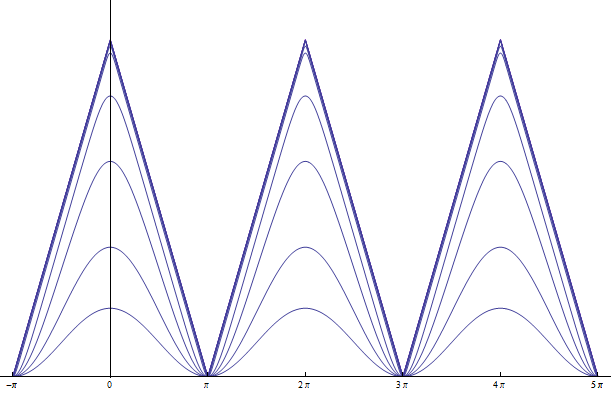 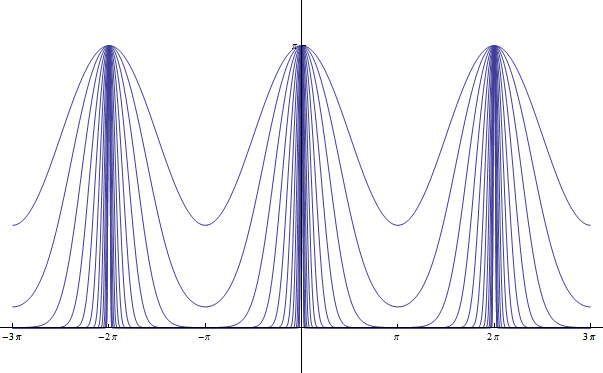 I would say that this is interesting. There has been a lot of work done regarding the study of Gibbs Phenomenon. You should check out the following document to get a better understanding of how it comes up in practical DSP applications:

The typical way to manage Gibbs Phenomenon is to use time domain window functions that taper data at the start and finish. The window functions reduce spurious contributions to frequency domain information that come from discontinuities at the edges of data sequences.

I haven't seen much application of generating signals by composing them with individual sine waves. Generally signal generation is done directly in the time domain. I'm not sure how the function constructions you've documented can be employed to solve a practical problem, but perhaps there is application if you can identify an appropriate problem.

Recursive sinusoids is the basic principle of FM synthesis (used in famous Yamaha DX7 etc.) : with such synthesis, oscillators (named "operators") can be added but also embedded like this : sin(sin(t+sin(...))+...)

Not the answer you're looking for? Browse other questions tagged gibbs-phenomenon or ask your own question.

4
What methods can be used to remove ringing artifacts in the output of a digital filter?
1
Optimally approximating the sign function by functions with compactly supported Fourier transform