in many texts about modulators I have seen there is a component called "Serial to Parallel Converter". For instance, let's consider this scheme and let's focus on the second block (reference): 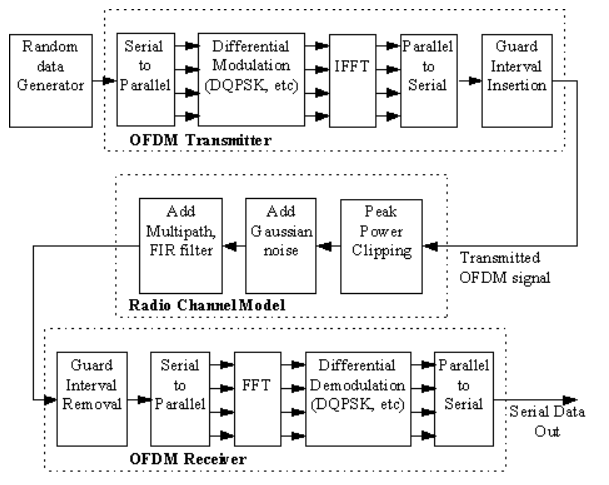 The text about that block says:

The input serial data stream is formatted into the word size required for transmission, e.g. 2 bits/word for QPSK, and shifted into a parallel format. The data is then transmitted in parallel by assigning each data word to one carrier in the transmission.

Somewhere I have read also that this device converts a signal from serial to parallel by halving the transmission rate.

So, I myself have taught based on material that uses that scheme, "P/S" and "S/P" after and before the transforms.

What the author tries to say is:

The IFFT is a mapping of sample vectors to vectors. So, you need a vector as input, not a stream of samples.

What they instead say is:

We use the terminology from very basic digital logic to deal with complex values.

That's not only a bit awkward, if you asked me, but also inaccurate:

So, simply think of S/P as "get $N$ samples, present these $N$ to the next block as vector".

And P/S is "take this $N$ long vector, and give one sample after the other".

Not the answer you're looking for? Browse other questions tagged discrete-signals signal-analysis digital-communications modulation communication-standard or ask your own question.

0
Using DFT to determine control system bandwidth from user input
0
Adding encryption to a ham radio
4
OFDM transmitter bandwidth
0
How exactly does 8PSK work on each I and Q leg?
0
OFDM Modulation: what's the output of the FFT?
0
How to separate Even and odd part (in-phase bit streams I and quadrature-bit streams Q) of the signal?