I am new to the field of signal processing. I have sensor data (Impedance across time), that output is like this.

On the right side, I have a noisy signal portion in my data, marked by the red block. I want to remove this noise, its a hand movement artifact noise.

How can I remove this noise? 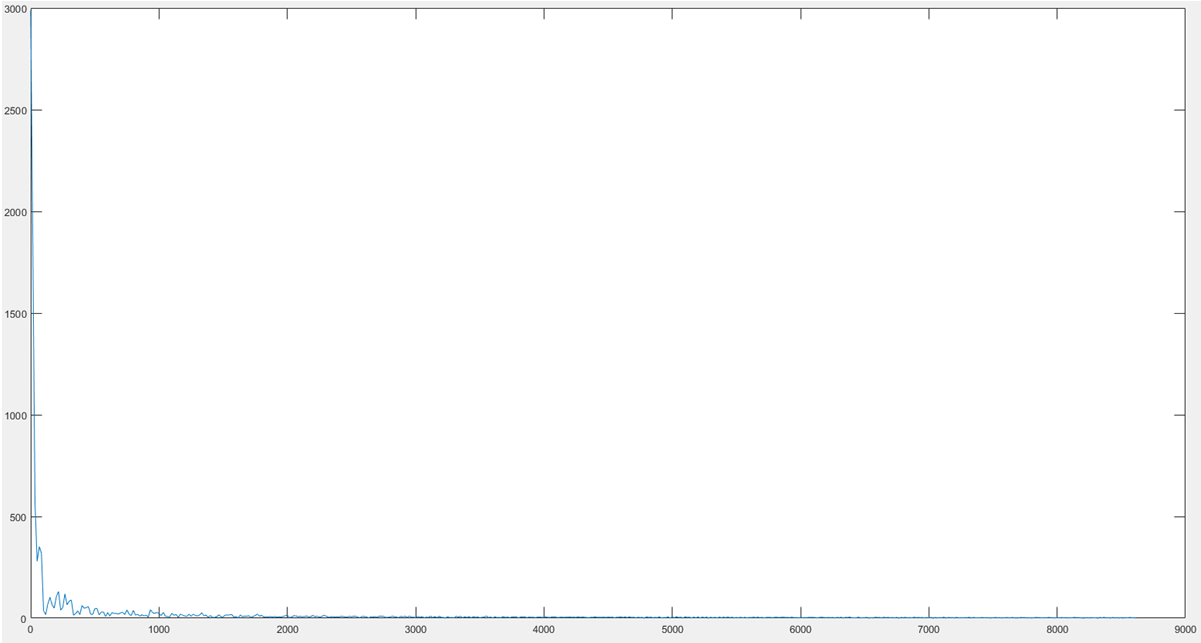 This is inspired by the excellent answer by @Richard Lyons (which I upvoted) and the comment by @DSP Novice. It basically combines what they said. If the width of the 5000-amplitude pulse is always the same, then simply do as Richard Lyons suggested: it works fine. If the width varies, then the following scheme could be used:

I imported your raw data and put it into the simulation block at the left of the figure. I ran the simulation from 0 to 18.33 s, in increments ($\Delta t$) of 0.03 s. The results are shown in the next figure: 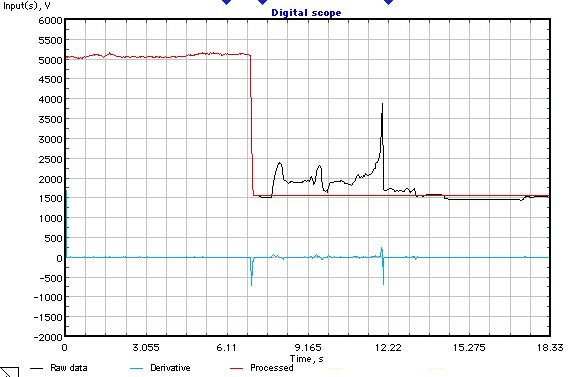 Not the answer you're looking for? Browse other questions tagged matlab signal-analysis filter-design noise-cancellation or ask your own question.