From signal theory we know that a very useful representation of some power signals is that of its power spectral density, whose curve represents how the total power of the signal is distributed at all frequencies. For instance, it is a couple of dirac pulses for a sine wave of frequency f0 because its power is concentrated at frequencies f0 and -f0.

If we use a spectrum analyzer, we see in abscissa the different frequencies, and in ordinate the power of the signal. For instance, this is a measurement I have done: 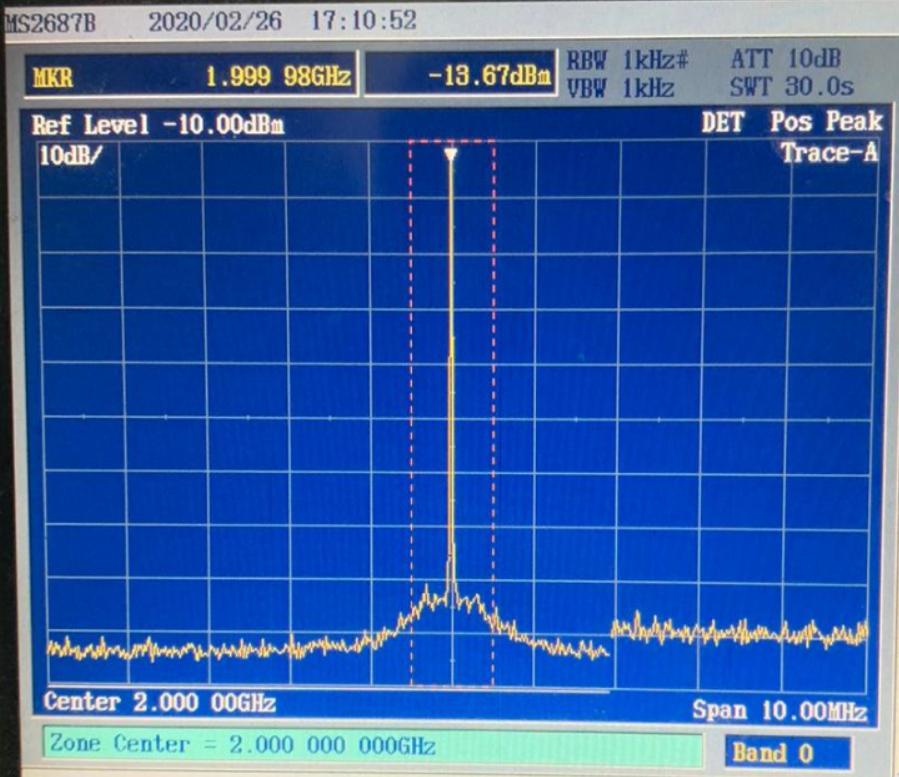 I have sent to the instrument a sine wave of -13dBm of power, and its total power is represented in ordinate of the peak. What does it mean from a math point of view?

I think this representation has no sense: the ordinate should be the power spectral density, not its integral in a neighborhood around the frequency considered!

This is the representation of the power spectral density of a certain noise: 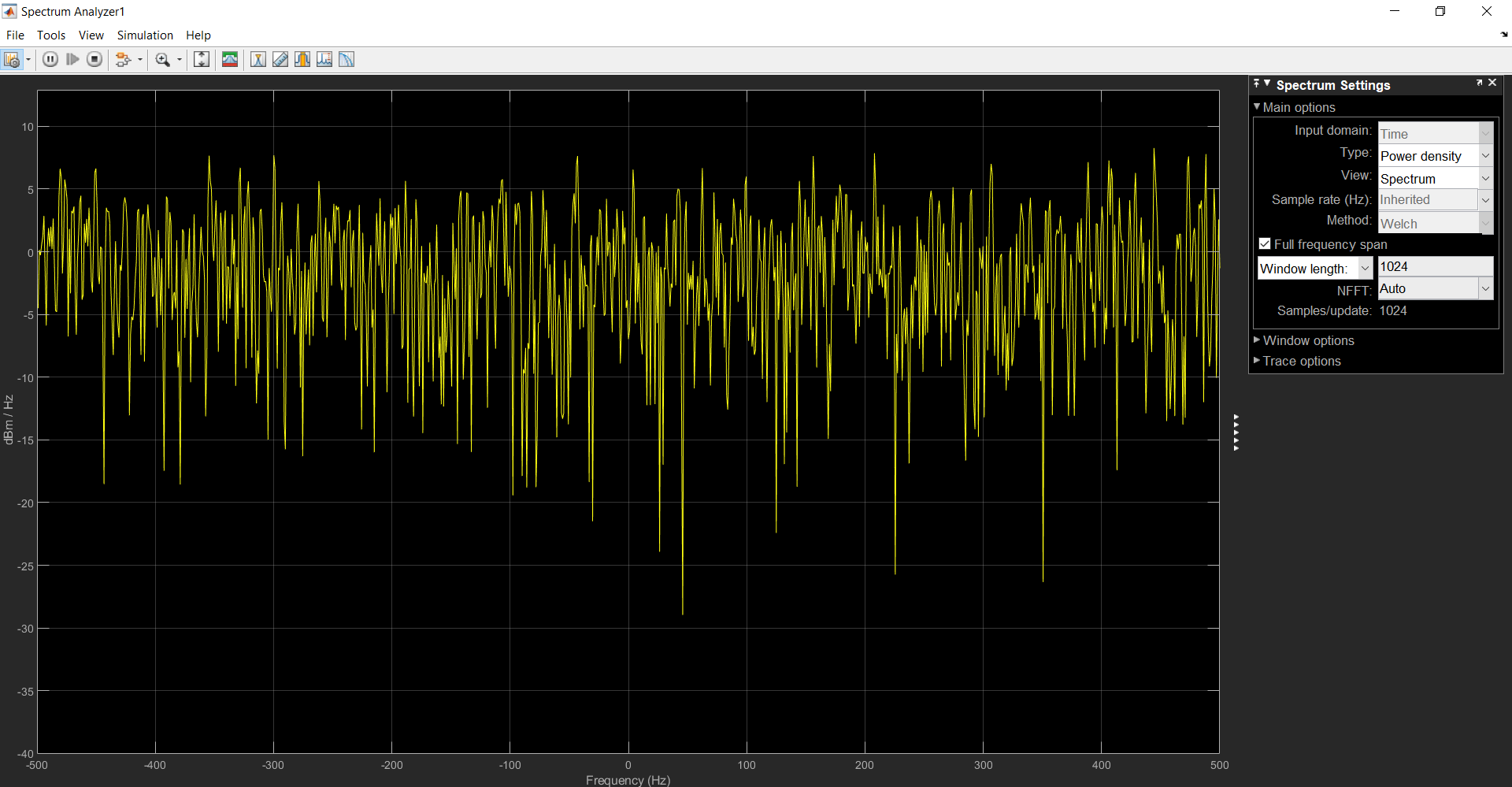 This is the representation of the power of the same noise: 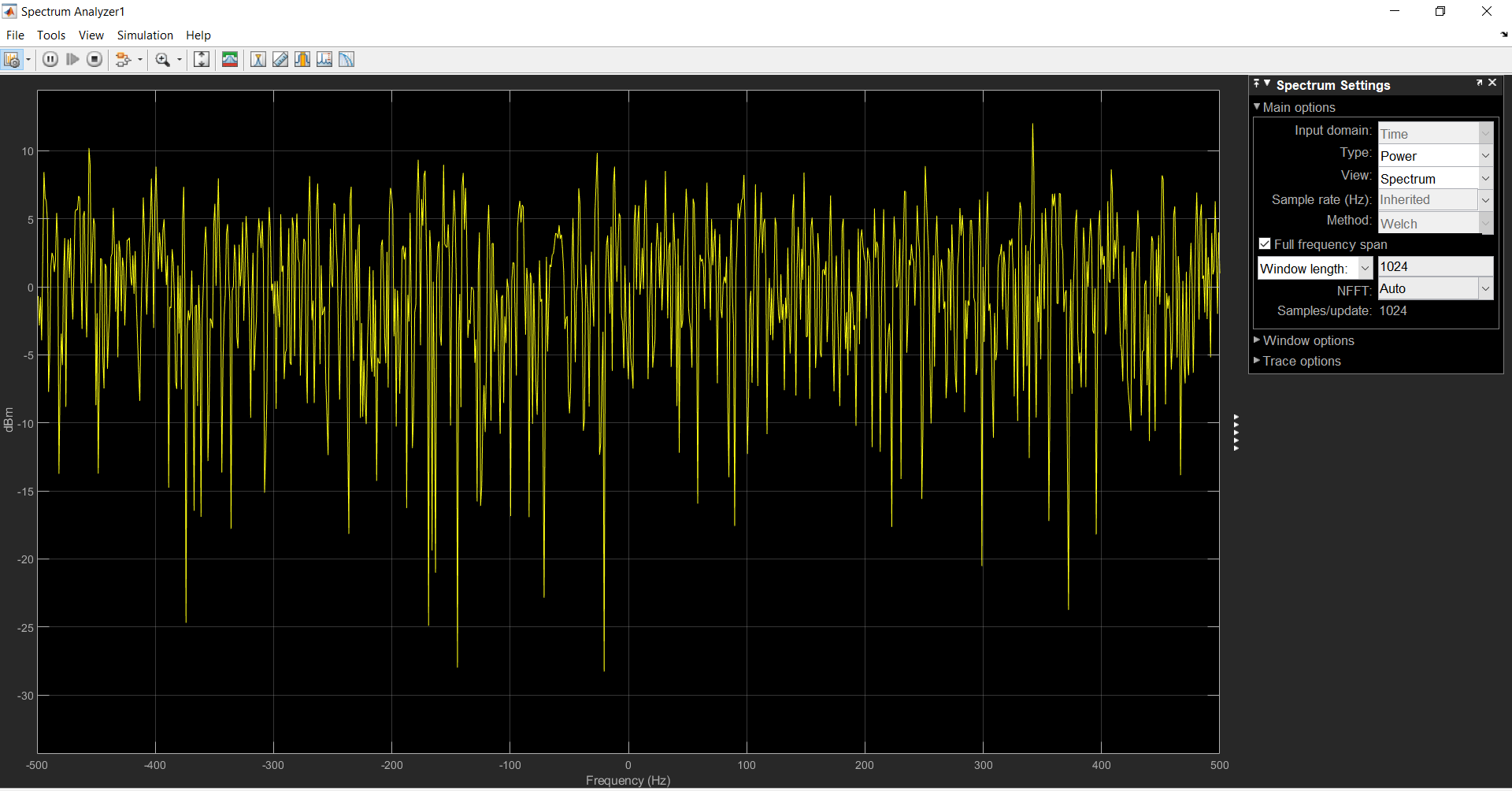 What is the link between them? Power should not be function of frequency (it is the integral on all frequencies of power spectral density)

I think this representation has no sense: the ordinate should be the power spectral density, not its integral in a neighborhood around the frequency considered

Well, in this case it is the latter. I think that is how all commercial spectrum analyzers represent spectrum (if you choose units as dBm or Watts). The comment by MBaz correctly mentions this.

Note - The final plot will be slightly different because your FFT size output will be different from number of trace points used to display on the screen. In order to combine several FFT points into 1 trace point on screen, a detector logic is used.

In addition to the resolution bandwidth fact, i think power spectral density has something to do with stochastic signals. If your signal is predetermined, you have to work with power instead of power spectral density. One good example is the very sine wave you mentioned. The mean power for that signal in its main frequency can be defined using the integral you mentioned. Also, keep in mind that instruments have their own ways of measuring power and they may even be calibrated to show you the total power in the corresponding positive frequency.

Not the answer you're looking for? Browse other questions tagged signal-analysis fourier-transform frequency-spectrum power-spectral-density frequency-response or ask your own question.