There exist many, many analog and digital data transmission protocols. It is often difficult to tell which mode one listens to and tedious to do for many signals.

In Ham Radio, a Reed-Solomon Identifier may precede the signal, but this is not the case for every signal in existence.

Are there algorithms that automate the detection and mode differentiation from raw signal data that don't include metadata such as RSIDs?

Plenty! In fact, since the mid-1970s, people in security have been working on automatic transmission classification. It's a hard problem, and you logically can't detect all transmission schemes, but it's something that's being sold as service and as product, especially for government (and three-letter government agencies).

These guys, for example, focus on HF/VHF/UHF comms, and I've seen the list of classifiable transmission schemes they had for a public demo. It's long.

Now, what these recognize are just common standards (in Ham Radio, that would be called modes), and they are specific to one greater usage scenario (security-relevant communication).

I can point you to what a student did during Google summer of code: It's gr-inspector, a GNU Radio-based signal detection and classification program. 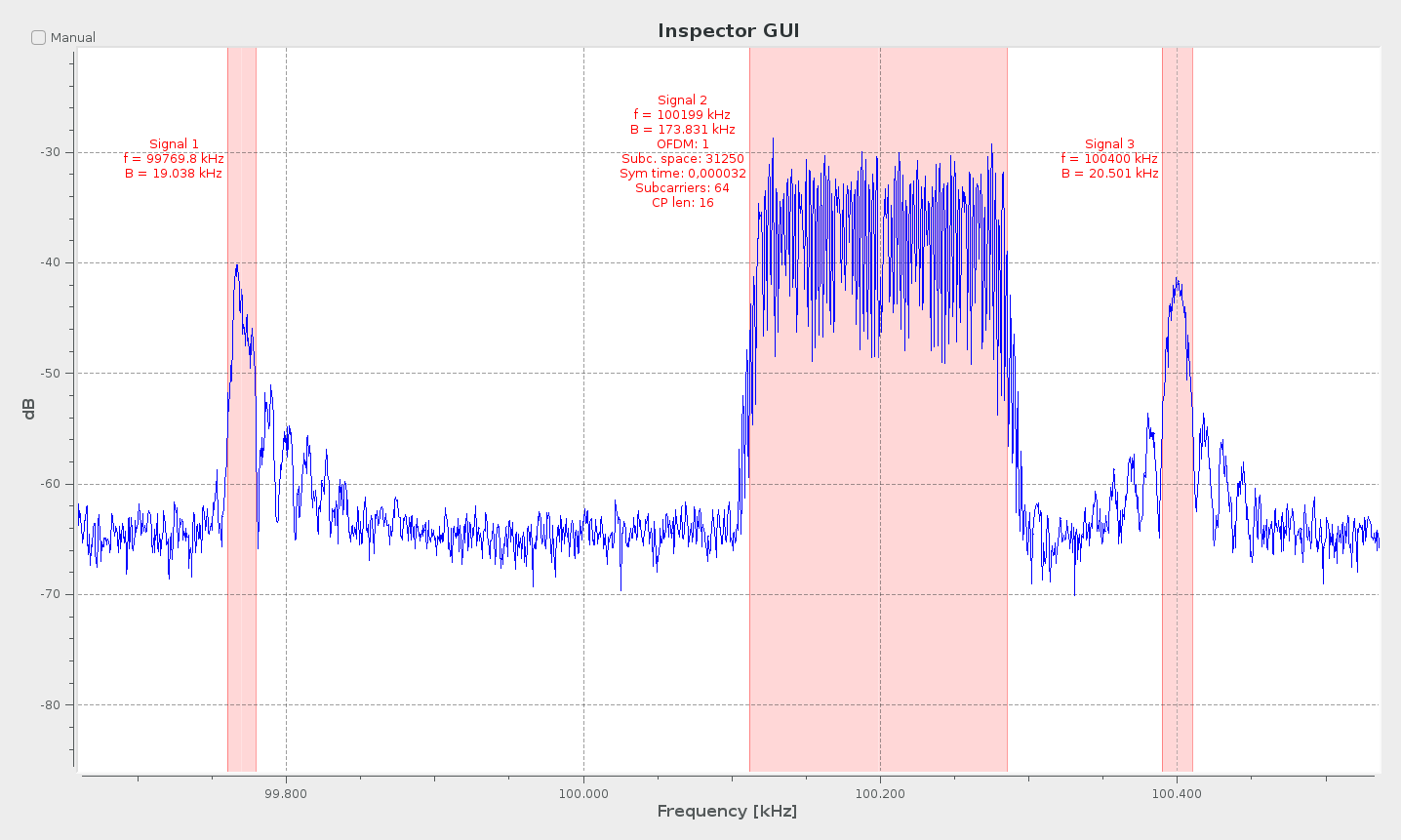 It's pretty generic in that it detects bands with power in them (which is no good for spread-spectrum systems, but for anything else it's a viable approach), and it gets pretty specific once you have an OFDM signal in there. Part of his job was writing a classifier just to get OFDM parameters: carriers, spacing, length of cyclic prefix. That took someone who was dangerously close to being a M.Sc. in communications engineering nearly 3 months. You can imagine how much work it is writing a set of classifiers for all useful transmission schemes!

You might be interested in the two papers he cites in his blogpost I linked to above; and especially their references.

Not the answer you're looking for? Browse other questions tagged signal-analysis digital-communications algorithms or ask your own question.

5
How to detect specific behavior in time series?
4
Algorithms for deformable image registration
0
Signal encoding identification
8
What kind of modulation is this?
2
Sparse Recovery Best Algorithms