Build an inverse model for a train of gaussian pulses

I have a stationary signal from a train of Gaussian pulses. My sampling window is too wide (cannot be reduced). In the example 1 ms. So it is not possible to clearly distinguish one pulse from another.

I need to build an inverse model that given the sampled signals (the 5 signals below), original signal can be reconstructed.

Is there any algorithm that solves this inverse problem? 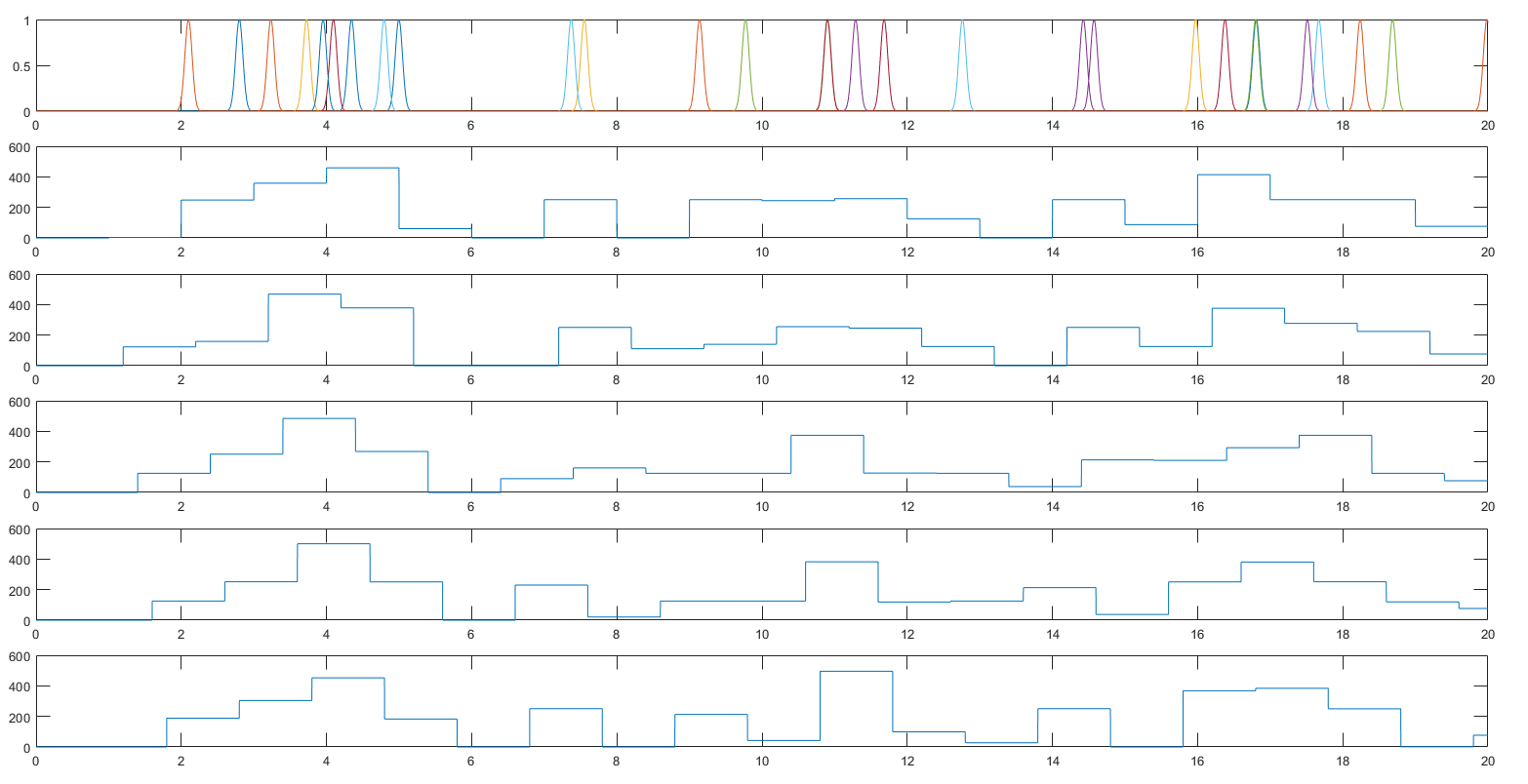 The reconstruction can be done by commutating through each output resulting is a 5 kSps representation of the signal after having been passed through a 5 sample moving-average filter (5 tap FIR with unity gain coefficients). Thus any frequency content above 2.5 KHz will be aliased into the 0 to 2.5 KHz first Nyquist zone, and the overall result will be low pass filtered. Such a moving average filter would have its first null at 1 KHz. By reducing the time delay (and creating proportionally more outputs to commutate) the equivalent sampling rate of the resulting signal can be increased to reduce the aliasing but the first null of the resulting frequency response will always be at 1 KHz (the frequency response will approach a Sinc function as the time delay is reduced).

This is clear by observing the equivalent block diagram of the process below: 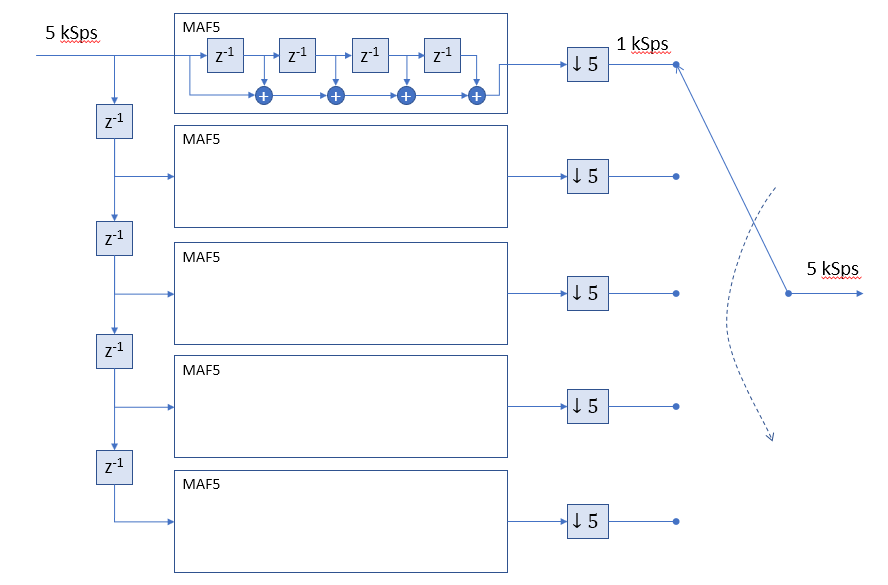 On each cycle of the 5 kSps clock, the input is fed into each 5 sample moving average filter ($MAF5$) with each filter input delayed by one sample. Once each filter has received 5 samples, the output is decimated by 5, thus providing a new sum over 5 samples, every 5 samples. Each decimated output is offset by one sample. Thus it is clear that each of these outputs is simply the output of the first $MAF5$ after each sample of the 5 kSps clock, as shown in the diagram below.

The magnitude of the frequency response for this process is shown in the figure below: 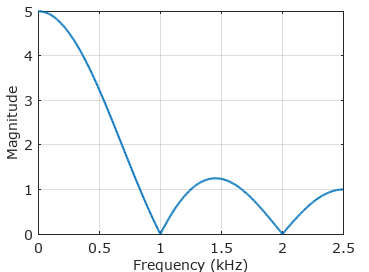 The process will result in distortion from both the aliasing from frequency content above the 2.5 KHz Nyquist Frequency and the frequency response of the 5 sample moving average filter. As stated in the introduction, reducing the delay and increasing the number of outputs will increase the effective sampling rate, thus reducing aliasing distortion, but the first null of the frequency response of the equivalent moving average filter will remain unchanged.

Not the answer you're looking for? Browse other questions tagged sampling stationary inverse or ask your own question.