For example, suppose I have some time series and I want to get a better understanding of the frequency content of the time series. I can either take the Fourier transform (e.g. FFT), or I can compute the power spectral density. The power spectral density involves windowing, computing the autopowers for each window and summing. It seems to involve many more steps than a straight-forward FFT.

Below is a MATLAB script I wrote to examine this;

The output from this script is the following figure: 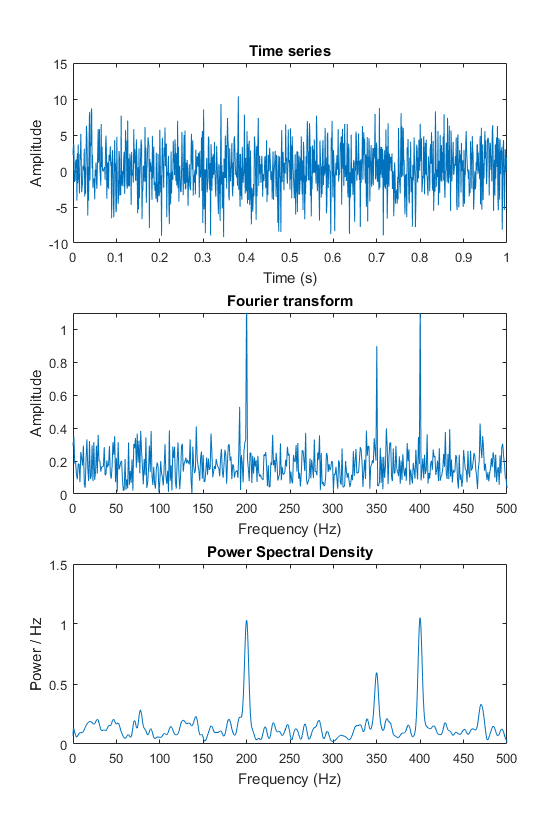 Both the FFT spectrum and the autopower spectrum show peaks at 200, 350, and 400 Hz which is good because that is what the true signal contains. But the peaks are more obvious in the FFT. So why would I use the power spectral density method?

Can anyone provide a simple example where the FFT fails to show the correct spectrum but the autopower is able to recover it?

64
Why so many methods of computing PSD?
13
When should I calculate PSD instead of plain FFT magnitude spectrum?