I have heard that it is possible to detect a low power (ie not visible on a spectrum analyzer) DSSS-BPSK (direct sequence spread spectrum) signal even when you don't know the spreading code by computing the power spectral density of the incoming I/Q sampled datastream squared (ie PSD(x^2)). The dominant peak is the center frequency of the signal.

Why does this algorithm work and what is it called?

Without disagreement to Dilip's valid comments, this is to show the corner case as to when you can detect the presence of DSSS. This is not demodulating the data but detecting the presence of a repeating DSSS signal that is buried well below the noise. Specifically this would occur when the sequence repeats such as done with the GPS C/A code signals (the PRN sequence is repeated 20 times for each data symbol). Such repetition can then be detected by computing an autocorrelation on the received sequence over the duration of repetition, revealing both the presence of a repeating signal and its repetition rate.

The plot below shows the auto-correlation for a GPS signal that is 14 dB below the noise floor, which is a strong but realistic terrestrial GPS signal. Further carrier offsets would need to be removed similar to as done in pre-correlation acquisition search algorithms. The impulse in the center is the impulse you would see if the GPS signal wasn't present (an impulse auto-correlation as expected for white-noise). It is the additional correlation peaks that reveal the presence of something more than white noise. 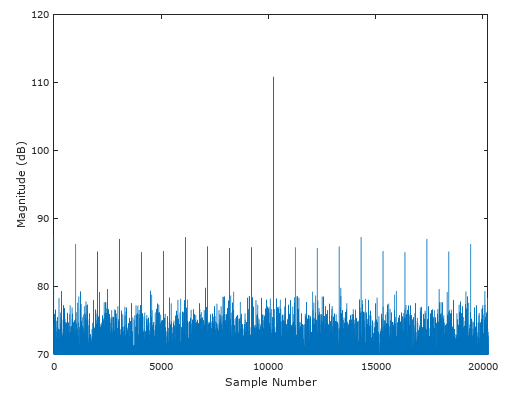 The time domain signal as received prior to the auto-correlation is plotted below. The GPS signal is only +/-1V in this plot, showing how "buried in noise" it is. 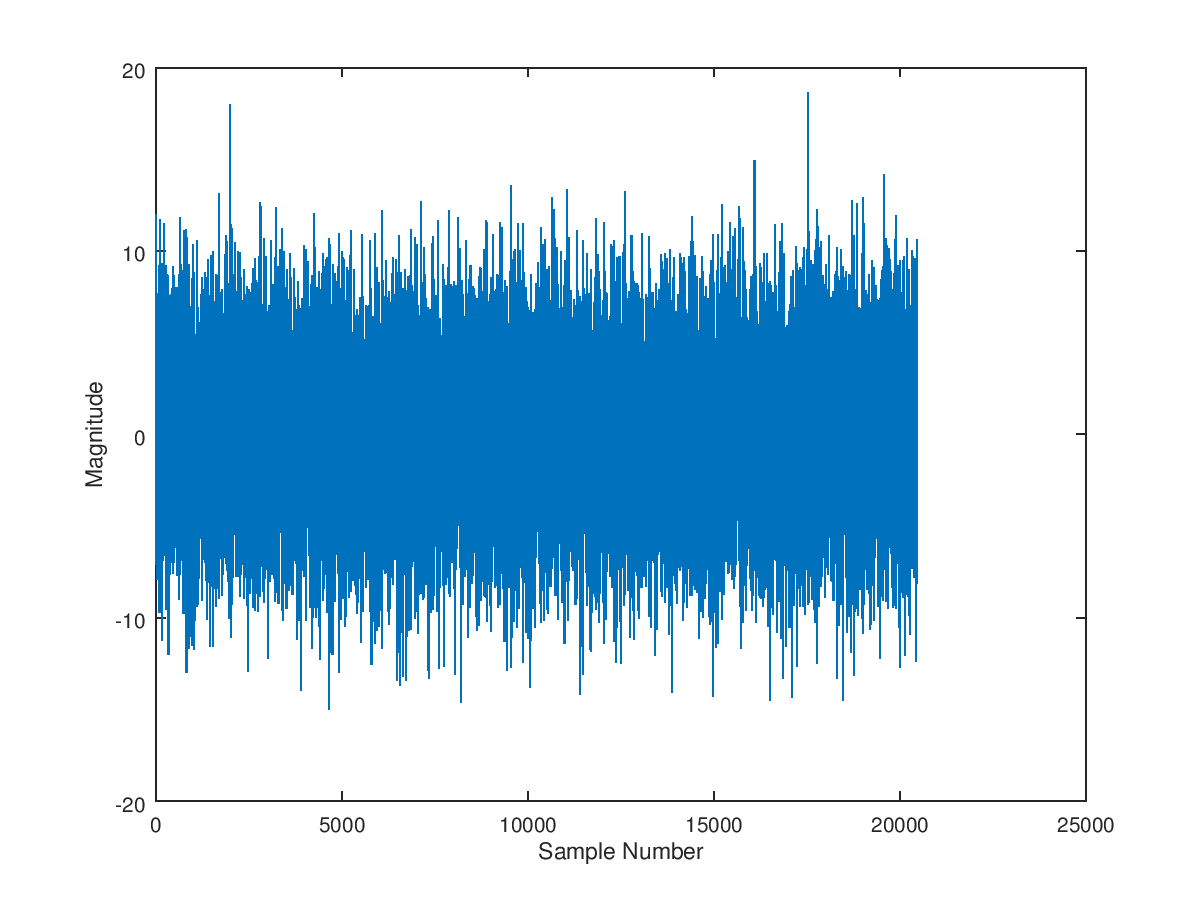 Certainly correlating to the actual sequence would provide a much clearer result as well as the opportunity for data demodulation. This is just showing that the presence of the signal can indeed be detected under this condition of repeating data bits.

In typical DSSS for covert communications, each epoch of the PRN sequence is encoded with an equiprobable data bit making such pattern detection impossible. If one were to send a long series of ones or zeros in the transmitted data prior to spreading, this would be a vulnerability in allowing for the presence of the signal to be detected. Further DSSS on its own, with codes generated from linear code generators (such as C/A code) are not to be considered secure.

Not the answer you're looking for? Browse other questions tagged bpsk detection spread-spectrum or ask your own question.