I ave seen the Neural network SOM equations like this:

and this PSO equation:

In the baseline particle swarm optimisation algorithm ω is selected as unit, but an improvement of the algorithm is found in its inertial implementation using ω ≈ [0.5 0.9]. Usually maximum and minimum velocity values are also defined and initially the particles are distributed randomly to encourage the search in all possible locations.

In other words, the weight vector is ‘moved’ closer towards the input vector. 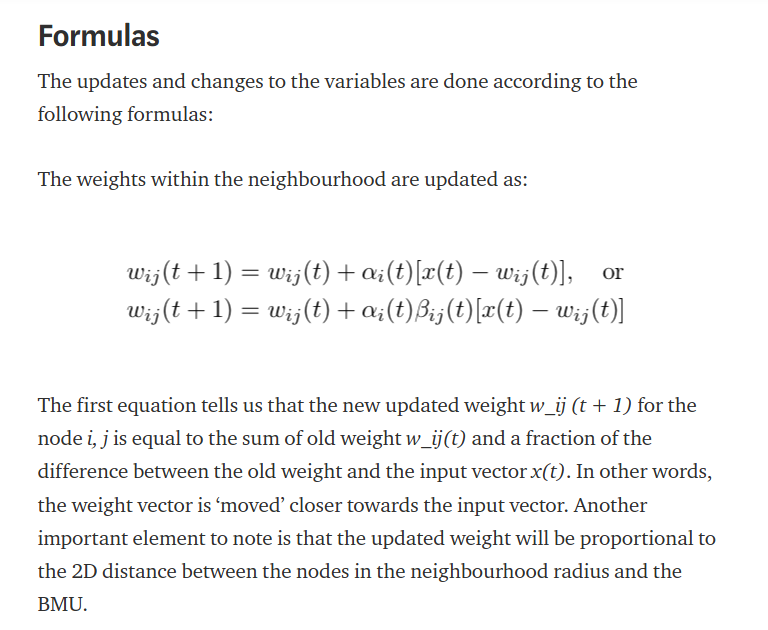 so the βij(t) and σ(t) coefficients are like this: 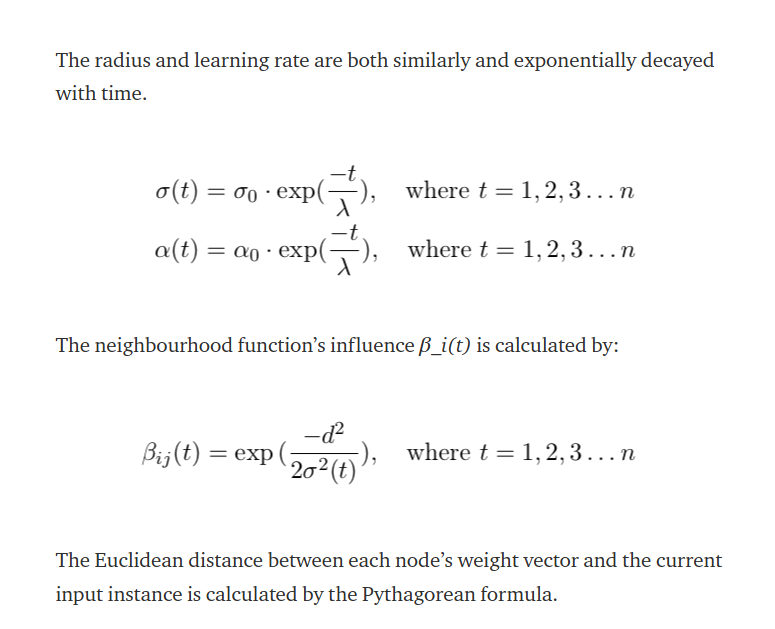 which i think maybe become like some stabilizing PSO Method ( will fount and updated ... )

So i like to know is this view point correct and can be pretended as one neural PSO dancing method to gather around one optimum answer, which is the best fitness found by winner neuron?

Browse other questions tagged optimization or ask your own question.