I extracted the mean spectra of regions of interests of different tissues from hyperspectral images. How to compare those spectra by the difference of their reflectance and their spectral behavior (I mean the spectra look similar but are shifted to the left or right).

Example of the mean spectra of two regions: 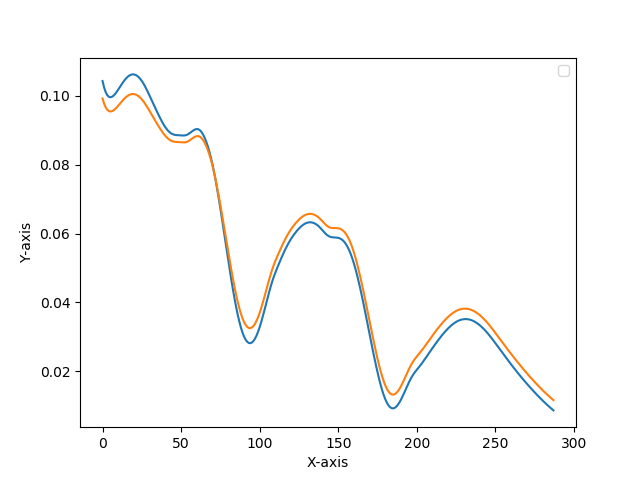 I would like to know the similarity between the two spectra. I tried cross correlation and Root mean square error but the results were not satisfying.

In that case, defining the distance between two spectra based on the spectra makes no sense – you want to define it based on the genetic distance.

So, you want to infer a model that describes genetic distance based on spectra. That's fine – but such a model will be very complex, and it's (as far as I can tell) not possible to find an easy function that will just give you what you want.

Basically, what you're describing is a problem that these days would usually be solved using neural networks. Again, this all depends on you having enough data to train your network, or else your network will not generalize to new spectral measurements and be useless outside your training data set.

Not the answer you're looking for? Browse other questions tagged python image spectrogram or ask your own question.