Information theory vs system theory ( commented in Determining linearity, causality, memory, and time invariability from a picture of the signal)

I have seen this question : 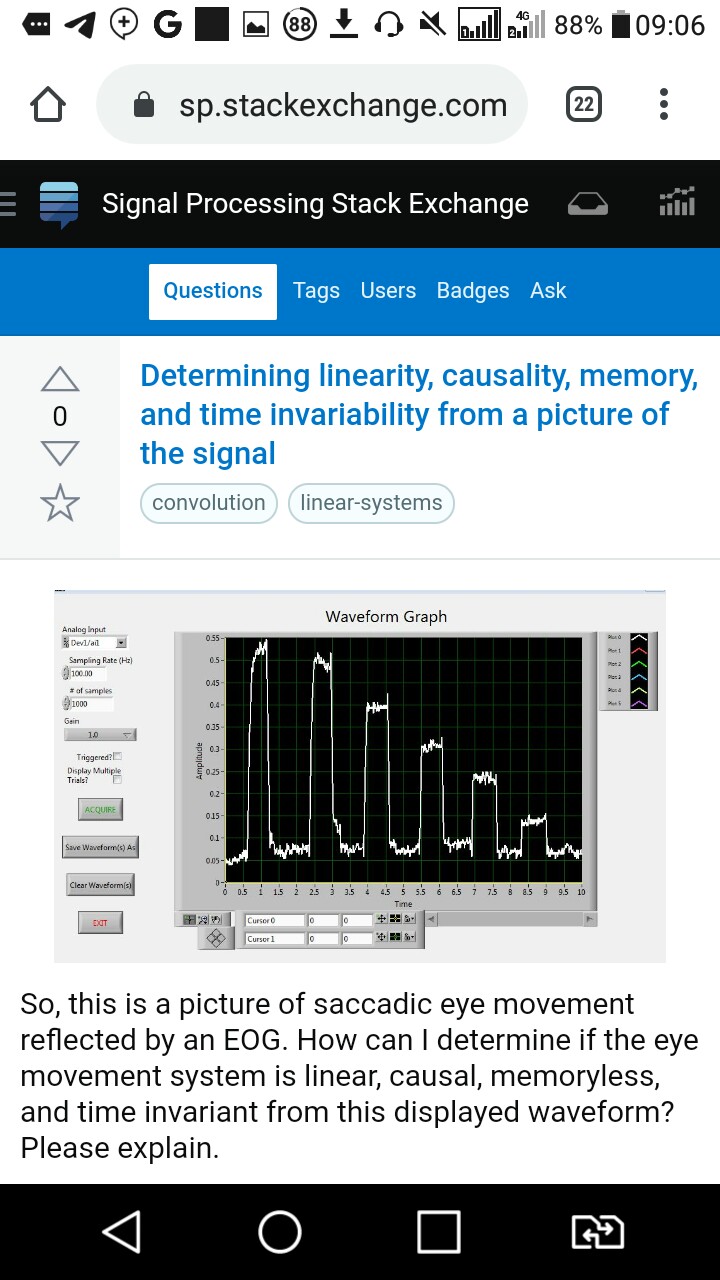 Is this "information theory" or "systems theory"? – The Photon

So i liked to know why this comment asked? Why the system theory vs information theory

I am newbie about this topic and asked here for better saving time and ...

Thanks for your attention.

Yes that's most probably a typo; it's the system theory which deals with the concept of linearity, causality, etc.

Linear system theory deals with characterisations of systems in terms of its input-output relationship through applied signals. It describes how to compute the output in time and frequency domains as well as characterises systems according to their properties such as linearity, stability, causality etc.

Information theory deals with quantification of information (called as the entropy) contained within a source according to either its observed output (via statistical computation) or to its descriptive model (via probabiitistic computation).

Not the answer you're looking for? Browse other questions tagged information-theory or ask your own question.

0
Determining linearity, causality, memory, and time invariability from a picture of the signal

7
Issues related to entropy
3
Mathematical model of equivalent-time sampling, the resulting unevenly spaced periodic signal, and its interpretation
3
What is the entropy for these cases?
1
Can somebody help me with some very basic questions about the fundamentals of information theory?
7
Is concept of “bit” in computer programming similar to the concept of “bit” in information theory?
1
Source and channel encoding
5
What is the meaning of channel capacity?
0
Proof that DFT does not require more than N points
4
Encoding sequence of unfair coin flips