I've a C# program that generates a GPS C/A code consisting of -1s and +1s.
Auto correlating the code with rotated versions of itself shows that the peak is 1023 and the next maximum value is 63 which agrees with what I expect.

Now my understanding is that in the GPS C/A signal the SNR is -30dB and the receiver is still able to detect a strong auto-correlation peak.

So I'm adding a random numbers between 0 and 30 (roughly 30dB) to one of the signals before the auto-correlation and now there's no strong peaks.

Where is the mistake in my reasoning?

Comparing my plot to yours I think your results are fine: I see a larger peak on the left side of your plot that is reasonably the expected correlation peak: Given the mean of the added noise is 15, the correlation and noise will be shifted up by 15, such that the mean of the peak would be 1023+15 = 1038. The peaks will vary by the post-correlation noise, which would have a standard deviation of $8.66\sqrt{1023}= 277$ and be now Gaussian distributed due to the law of large numbers. Therefore 68% of the peaks would be expected to be in the range of 1038 +/- 277.

Cross Correlation of SV6 with SV6 + Noise over 1 ms 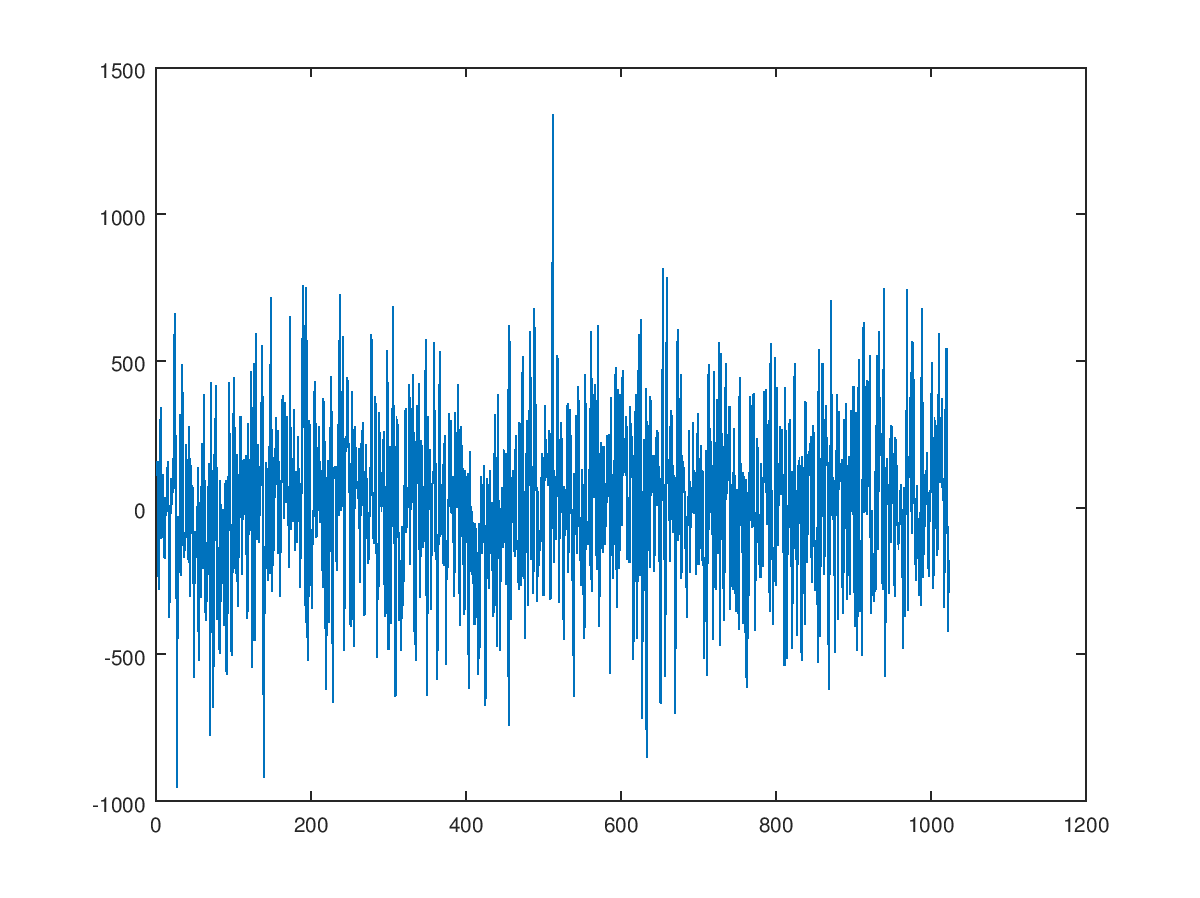 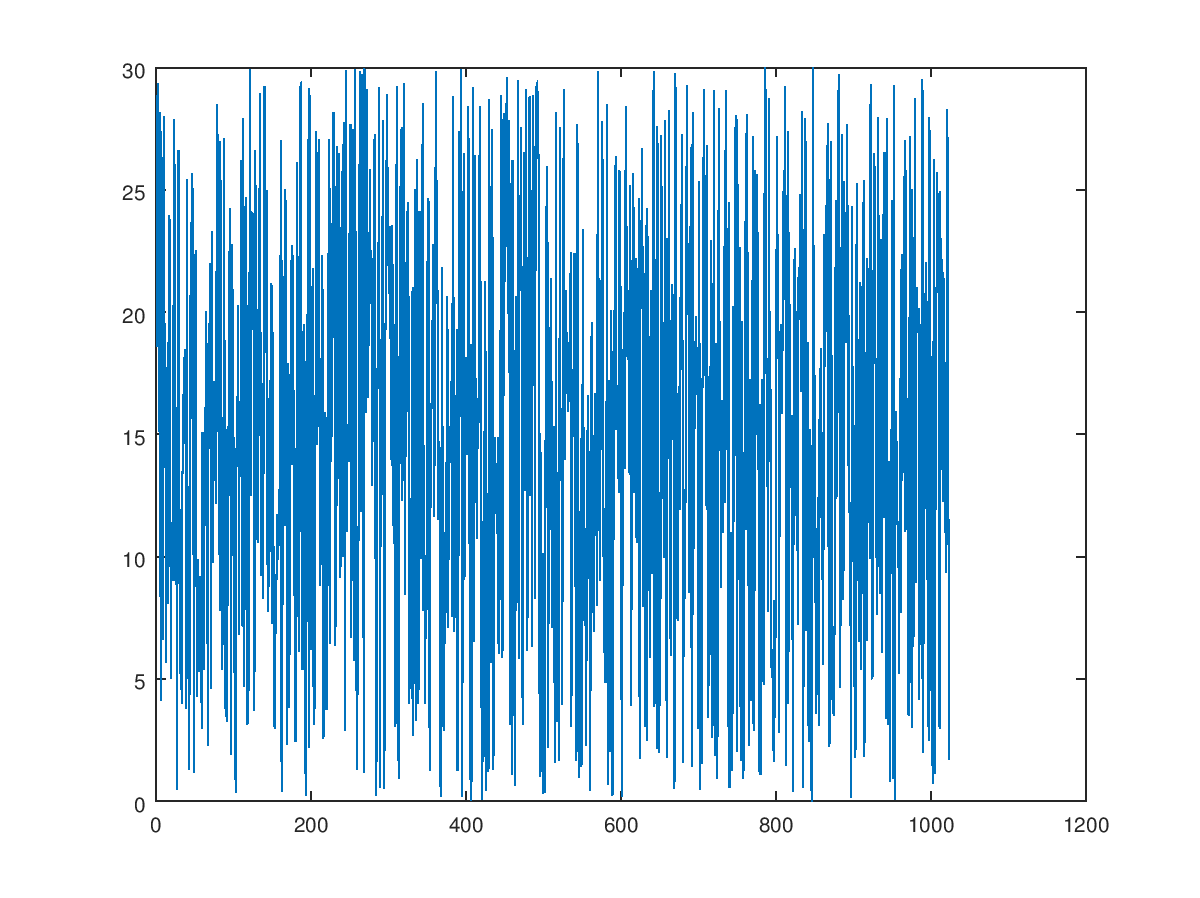 To Ben's point in the comments, this is a LOT easier to prototype from Matlab/Octave or Python:

Not the answer you're looking for? Browse other questions tagged noise autocorrelation or ask your own question.