What is the electrical equivalent circuit for this interaction? (Is this correct?)

A DSP text gives an example of an ideal mass striking an ideal string here: 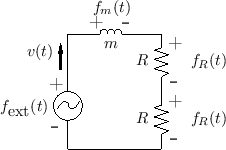 A piano hammer is imagined slightly differently as a mass driving a damped spring against the string here:

They state: "The impedance of this plucking system, as seen by the string, is the parallel combination of the mass impedance $ ms$ and the damped spring impedance $ \mu+k/s$. The damper $ \mu $ and spring $ k/s$ are formally in series."

I am wondering if anyone would be able to draw the equivalent electrical circuit for this interaction. I am trying to figure out how to write equations for the forces and velocities of a hammer modeled in this way but I think I need the diagram first. 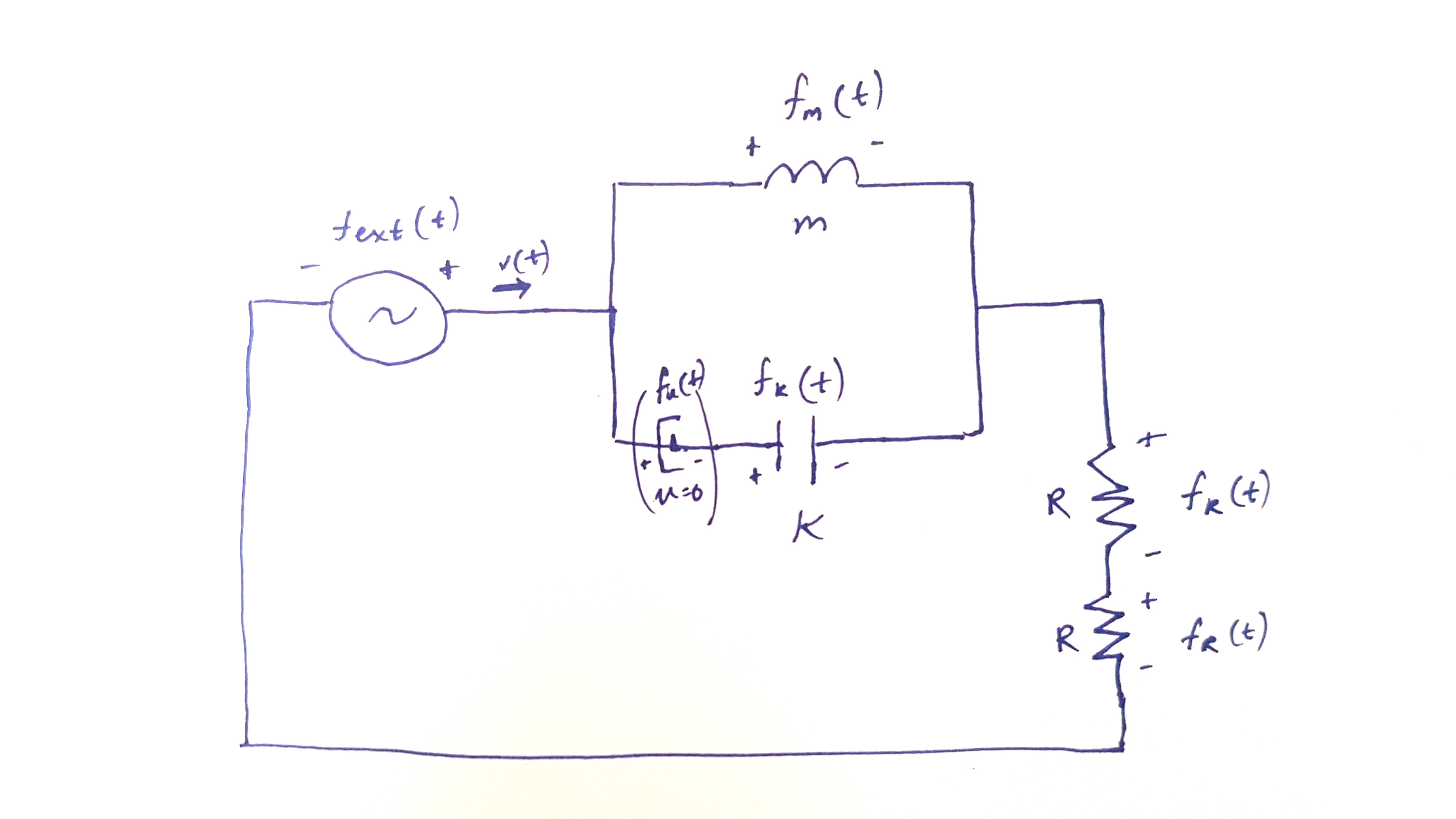 Furthermore, in the first case of the mass striking a string, because all the elements were in series, I believe the sum of forces for the elements had to equal zero ($Fm(t) + Fr(t) + Fr(t) + Fext(t) = 0$). What would that equation of forces look like for this circuit?

I'm guessing it would be something like an equation system based on the parallel sections:

Is any of that right?

Browse other questions tagged electrical-signal or ask your own question.

0
What is the difference between undersampling and oversampling in analog to digital conversion ?