I have some problems in understanding the precise meaning of the Asymptotic Equipartition Property, related to a large number n of independent and identically distributed random variables (X1, X2, ..., Xn). Here an example is shown (here you may find the complete material): 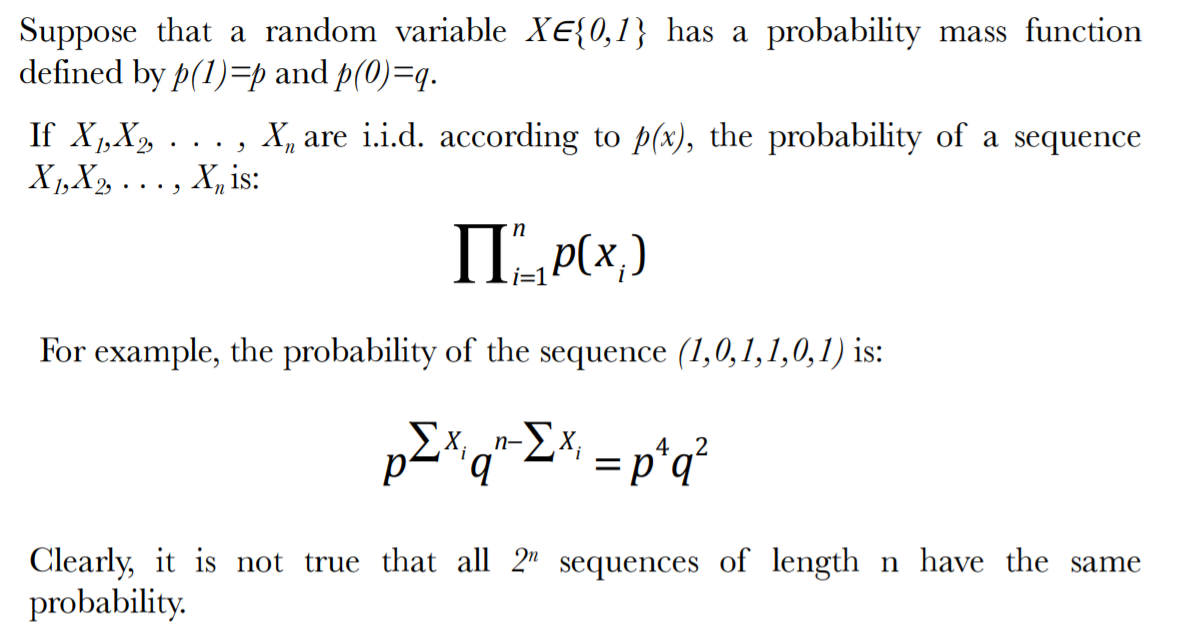 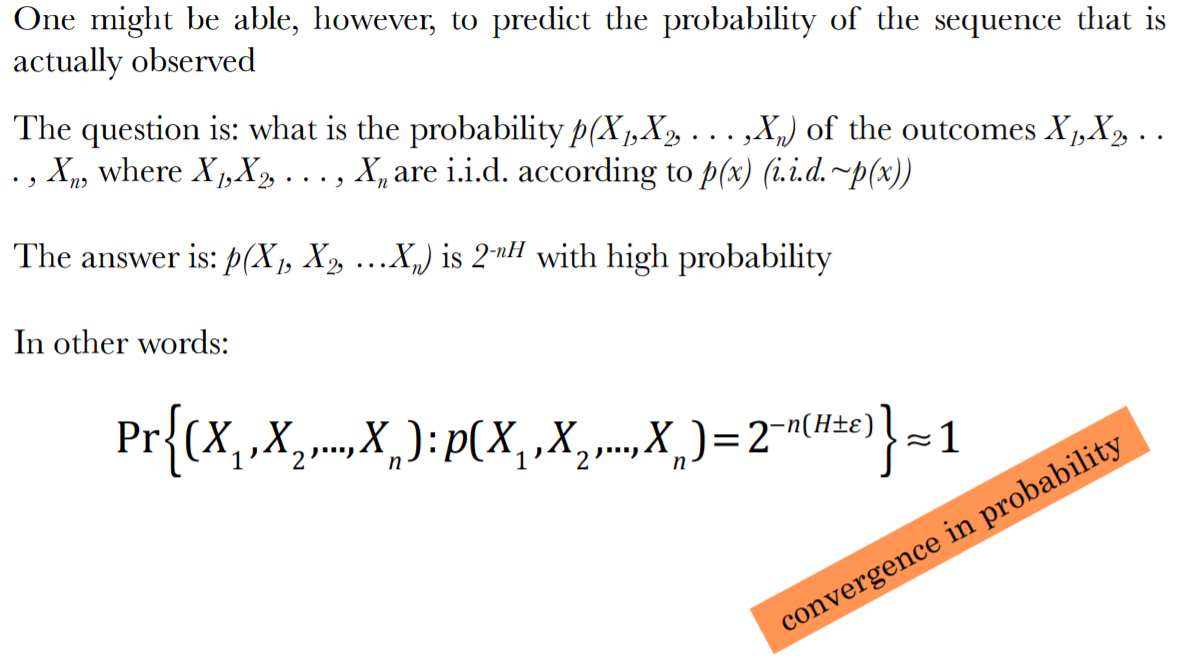 I do not understand the precise difference between the sentences:

Then I read this sentence, which increases the confusion in my mind.

The sentences you've mentioned in your question all have a quite different meaning. Let me try to explain them one by one:

Clearly, it is not true that all $2^n$ sequences of length $n$ have the same probability.

This refers to the example of a sequence of binary i.i.d. random variables. If $p(1)\neq p(0)$ then it is clear that sequences with different numbers of ones and zeros must have different probabilities, i.e., not all sequences have the same probability.

This question is answered by the asymptotic equipartition property (AEP). It turns out that the typical sequences do have approximately the same probability as $n$ gets large, namely $2^{-nH}$.

The concept of a typical set is generally different from that of a high probability set.

Not the answer you're looking for? Browse other questions tagged digital-communications channelcoding information-theory random probability or ask your own question.