Where can I read up on zero state and zero input response for Discrete Time LTIs?

There seems to be something I'm just not understanding about this topic. Every question I work out that asks for zero state or input I get wrong.

Hence I think I am just not understanding the definition properly, could someone guide me to a preferably beginner friendly text that covers this topic in detail?

One of the Examples:

In 6b) I honestly have no idea how to tackle the question, but here's what I did:

I tried convoluting h[n] with u[n]. My reasoning is, that this way I can obtain y[n]. Then through some magic, I can get the zero state. 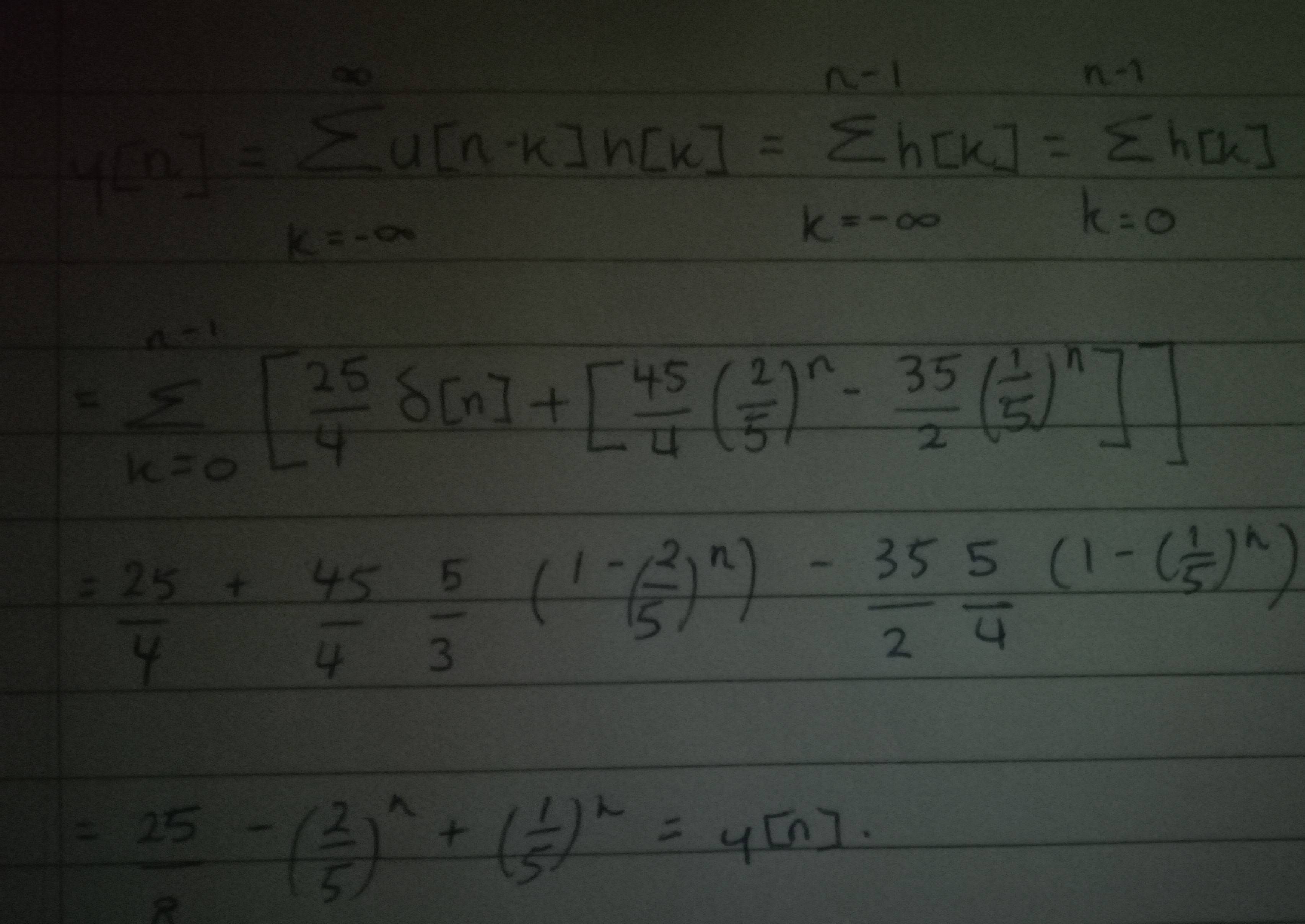 Yes it's a little confusing at first. And it only deepens if you also take an LTI system perspective into account, which imposes its own constraints into the corresponding difference equation structure.

Consider the following difference equation structure for a causal system:

The Zero State response of this system is equivalent to computing the output $y[n]$ for a given input $x[n]$ with initial rest assumption; i.e., setting all past values of $y[n]$ (aka the states of the filter) to zero before the signal is applied. This output $y[n]$ will equivalently be obtained by the well known convolution sum

where $h[n]$ is the impulse response of the associated LTI system described by the above difference equation under initial rest conditions.

What happens in most of those questions is that, there is an LCCDE with arbitrary initial conditions; hence it won't strictly represent an LTI system, but it's output can be superposed into two components: one coming from input alone (assuming zero initial conditions) denoted as zero-state response, and the other coming from non-zero initial states alone, assuming no input but a response due only to the non-zero states of the recursive system.