I'm reading about some symbol synchronization methods and I find these two (ELG and Gardner) very similar.

I can't really see the difference between these two, although there must surely be a few. Could someone explain that to me?

The Gardner Timing Error Detector is diagrammed in the graphic below, where two samples per symbol are used, and the error is determined using Prompt*(Late-Early), and when synchronized the center sample (Prompt) will be midway between two symbols. In contrast, an Early-Late approach uses (Late-Early), typically on a correlated symbol response, and when synchronized the Prompt sample which is between Early and Late will be centered on the correlation peak. 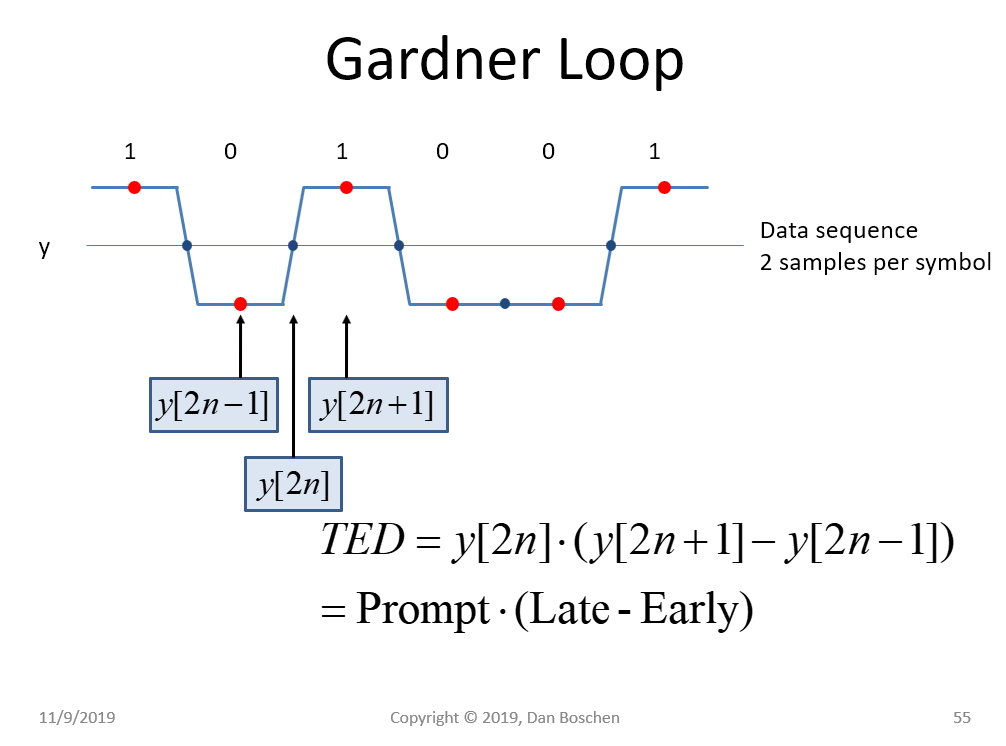 In contrast, a Early-Late gate approach approximates the derivative at the peak correlation of the data symbol. When timing is synchronized in a Early-Late gate approach, the two Early and Late samples will be a fraction of the data symbol on each side of the peak correlation. They could be spaced 1/2 a symbol, making the spacing the same as the Gardner, but the key distinguishing feature is the lock point of the center sample.

The functional operation of the Gardner as forming a discriminator by multiplying the waveform with its derivative is demonstrated by the two graphics below. 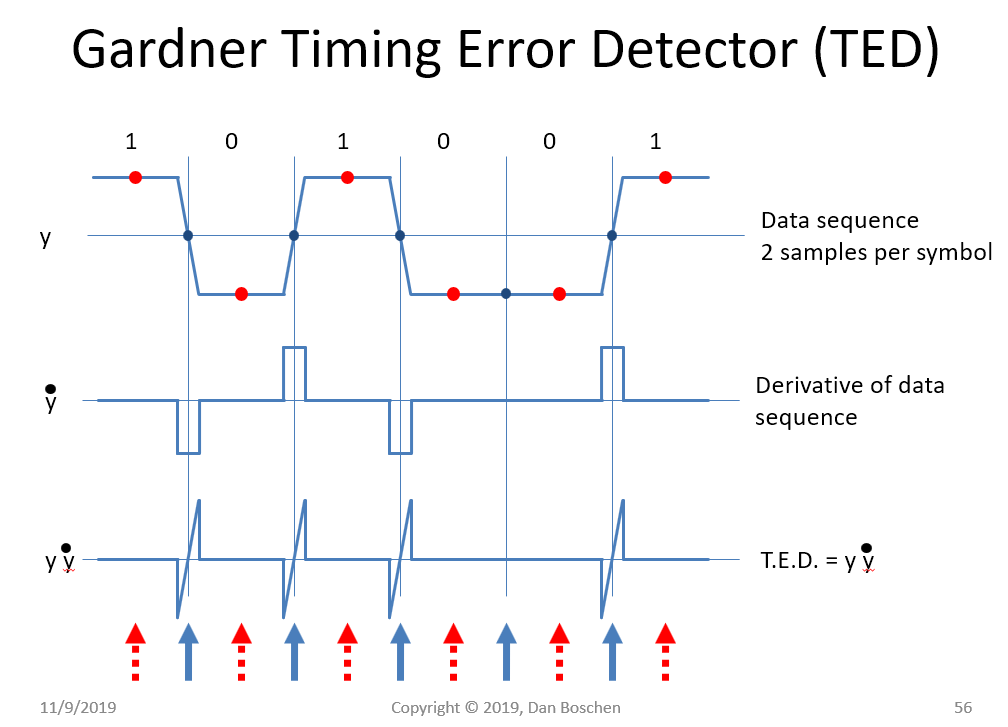 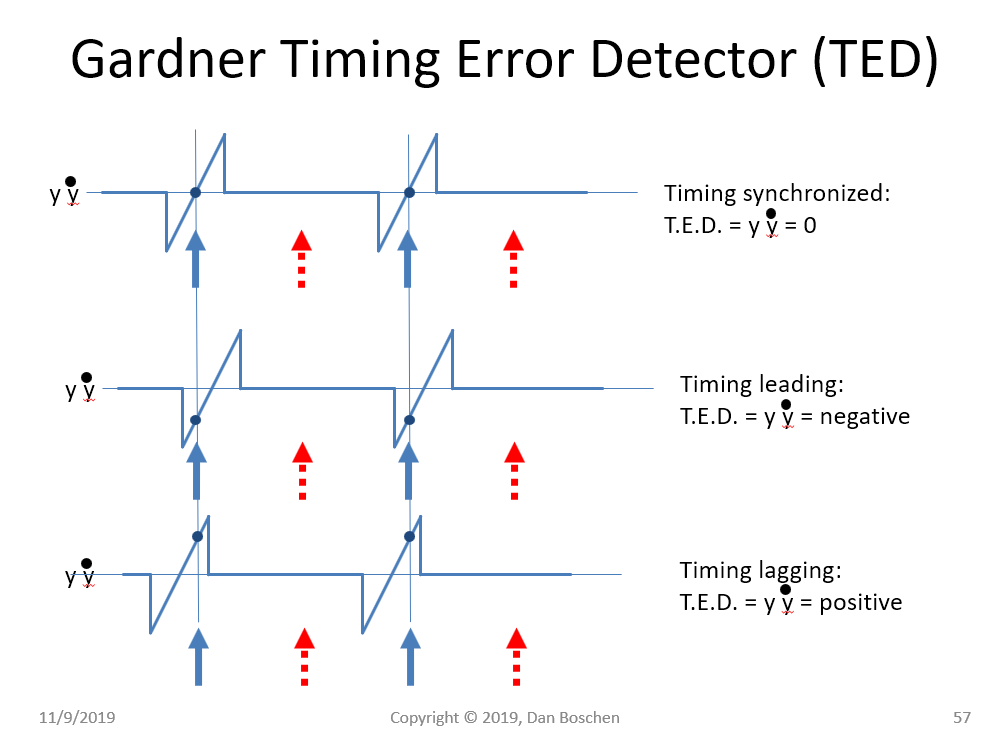 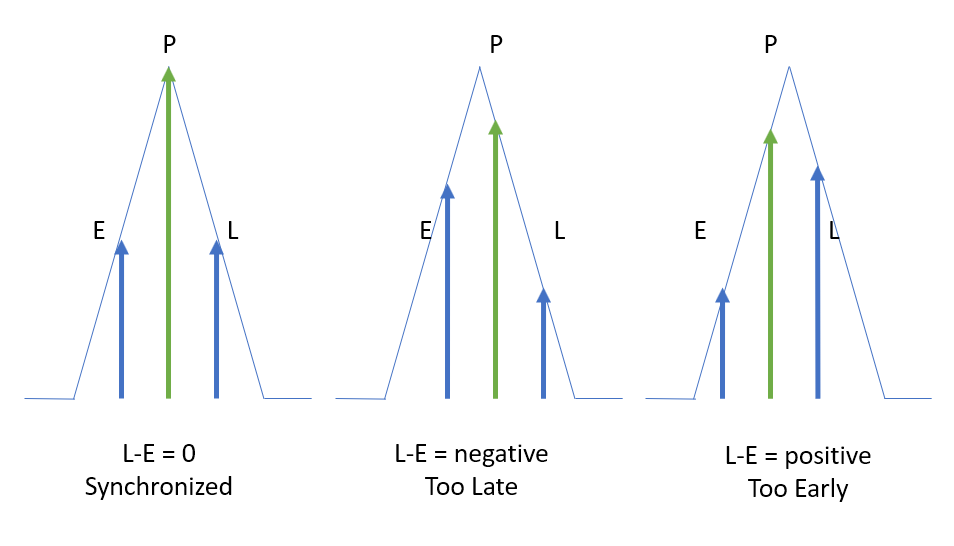 Notice the key difference between the two approaches. In the Garder Loop the derivative is fairly constant in vicinity of the lock point, and it is the waveform itself providing the discrimination curve (change of error magnitude versus change in timing offset) - while in contrast with the Early-Late approach it is the derivative itself that provides the discrimination curve.

Not the answer you're looking for? Browse other questions tagged digital-communications symbol-timing timing or ask your own question.