FFT of color images incorporated into an Object Recognition method?

Is there any instance where Fourier transforms of color images have been used in conjunction with other object recognition method?

Okay I found some ideas about using Fourier Transforms in Object Recognition. What I am unable to understand is however, its downsides. Why was the method discarded.

For those who are interested in reading about how Fourier Transforms were applied in Object Recognition , look for Fourier Mellin Transforms.

The Fourier-Mellin transform is a useful mathematical tool for image recognition because its resulting spectrum is invariant in rotation, translation and scale. The Fourier Transform itself (FT) is translation invariant and its conversion to log-polar coordinates converts the scale and rotation differences to vertical and horizontal offsets that can be measured. A second FFT, called the Mellin transform (MT) gives a transform-space image that is invariant to translation, rotation and scale.

The steps: The Fourier Transform

The Discrete Fourier Transform (DFT) is given by the following expression:

This is often computed using the Fast Fourier Transform algorithm to speed up the time needed for the calculation.

Cartesian to Log-Polar conversion The FFT is projected onto the log-polar plane by the coordinate transform shown below. 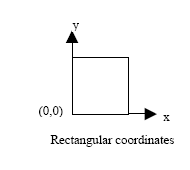 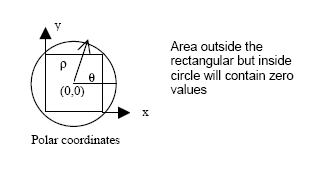 The origin $(m_o, n_o)$ should be at the center of the image matrix to ensure the maximum number of pixels is included. If the image consists of a square $N \times N$ matrix then the coordinates of the origin are:

The maximum sampling radius for the conversion can now be calculated as:

Since the pixels in Cartesian coordinates cannot be mapped one-to-one onto pixels in the Log-Polar coordinate space, an average of the surrounding pixels needs to be calculated. The standard methods to do this includes nearest neighbor, bilinear and bicubic resampling.

The next step is to get a transform-space image that is a rotation and scale invariant representation of the original image. This is done using the Mellin transform which can be expressed as:

Converting to polar coordinates, we have:

Not the answer you're looking for? Browse other questions tagged fourier-transform image-segmentation color or ask your own question.

9
Segmenting pills from the background
2
Object Tracing with Particular Color
6
Adaptive thresholding based on number of pixels
0
Tracking using color
3
Is there an OBJECT BASED Image Segmentation method, with pure non-segmented training images?
1
CIELAB Color Clustering
4
Algorithm for Color Balancing an Image
3
Are There Good Methods for Converting Color Image to Gray Scale Image?
3
What is the application difference between extent and solidity in image processing?