Question 2.7. Show that for all periodic physical signals that have finite power, the coefficients of the Fourier series expansion $ x_n $ tends to 0 as $ n \to \infty $

Please refer to the solution from the half of the first page. 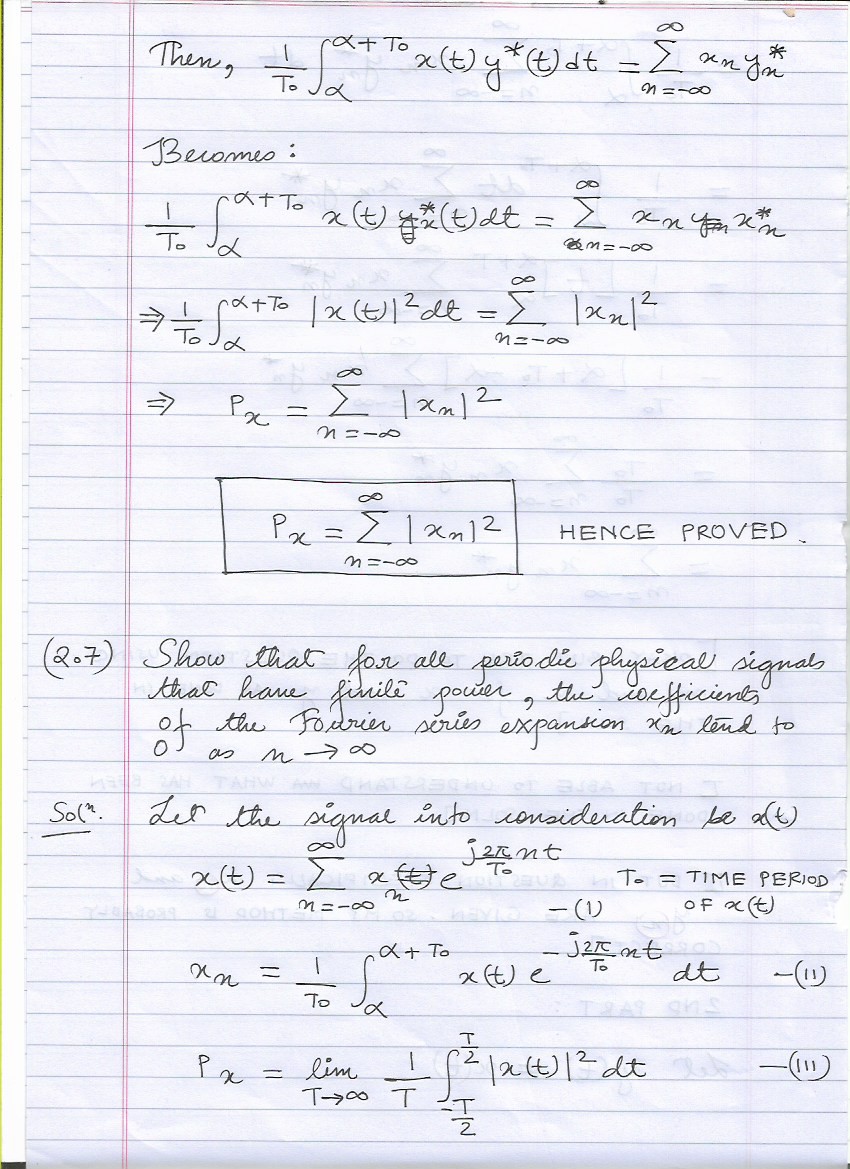 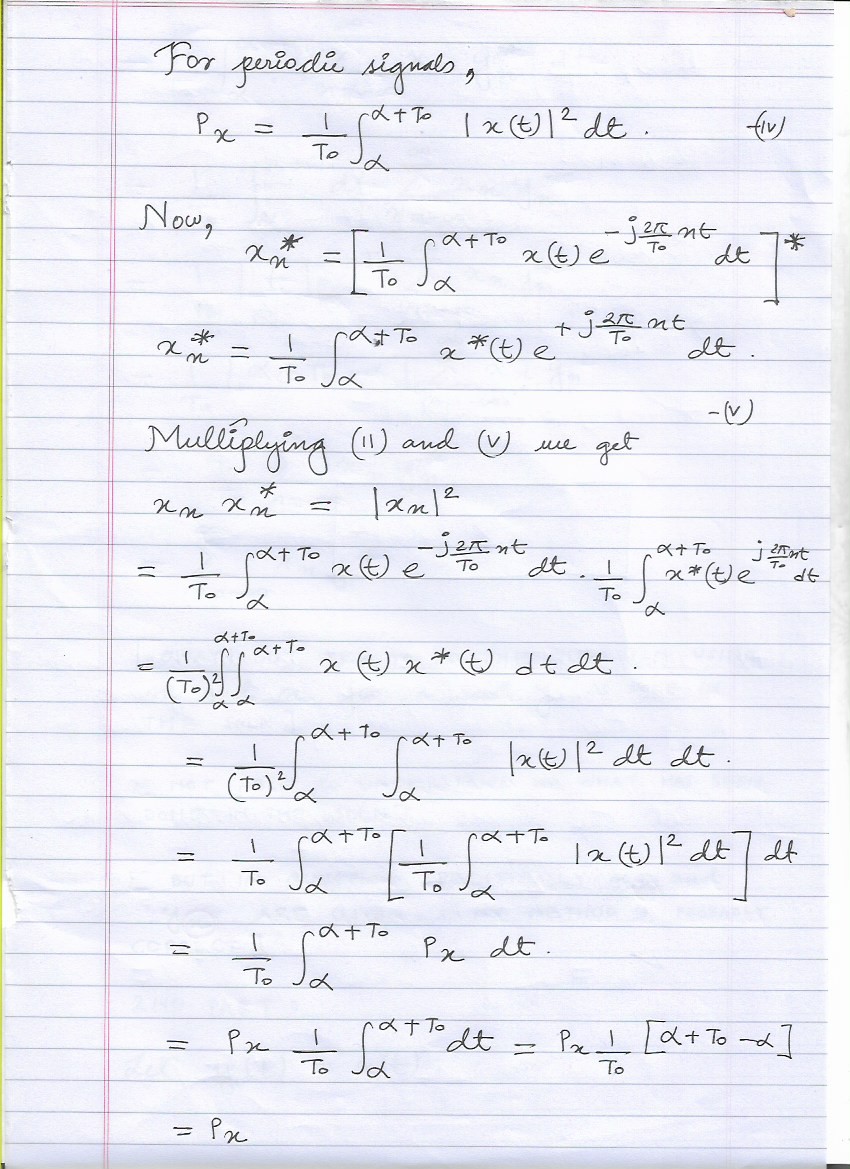 A finite power periodic signal will have the following property:

where $P_x$ is the power averaged over a period of the signal. Then from Parseval's theorem, the total power can also be shown to be (for a real signal I'm assuming):

where the $a_n$'s are the continuous-time Fourier series coefficients for $x(t)$.

From the theory of power series (calculus), it's known that in order for (2) to converge (sum being less than infinity) a necessary condition is

Not the answer you're looking for? Browse other questions tagged signal-analysis signal-power or ask your own question.

1
Question about Fourier descriptor and the physical meaning of the coefficients
2
How to calculate the power of a finite length signal?
1
How to determine the power of a finite signal?
1
The sum part of the formula for a signals power
0
Why is the total power not the same before and after mixing two signals?
2
Getting the power of a signal from its Fourier transform?
1
Finding the discrete time Fourier series for signal