Element-wise powering vs. discrete version of binomial theorem on a sum of Gaussians

I had recently posted a question on applying powers on a sum of Gaussians (here) to enhance signal resolution artificially. The discussion has given rise to another query. Consider this problem. We have two Gaussian time functions $G_1$ and $G_2$. Suppose we wish sum these Gaussians and raise it to a power of 2.

I discussed this issue with some of my colleagues including the person who had proposed this method; they seek agree that both operations are equivalent. It seems they are not, because in situation 2, we will never see $G_1G_2$. What would the discrete version of situation 1?

I feel there is some fallacy here and some mathematical insight should be able to settle this problem.

For Situation no. 2: Here is the MATLAB code. 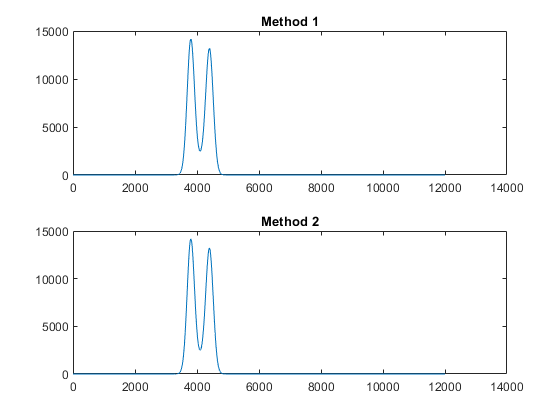 So, the math is correct. You may still be wondering, how come the third Gaussian $G_1G_2$ is not apparent in the plot? This is the point where it's useful to challenge your assumption that the third Gaussian should be visible. If we plot $G_1G_2$ by itself we obtain: 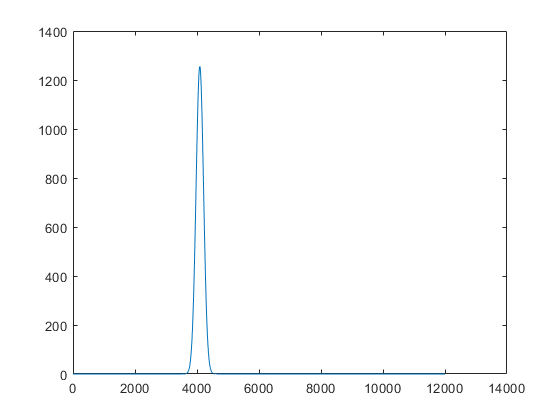 Look at the amplitude and the position in the x-axis: this third Gaussian is not apparent in the plot because it is completely swamped by the other two, much larger, surrounding peaks.

Not the answer you're looking for? Browse other questions tagged discrete-signals signal-analysis superresolution or ask your own question.