I have Channel capacity analysis figures for two wireless channels show below: 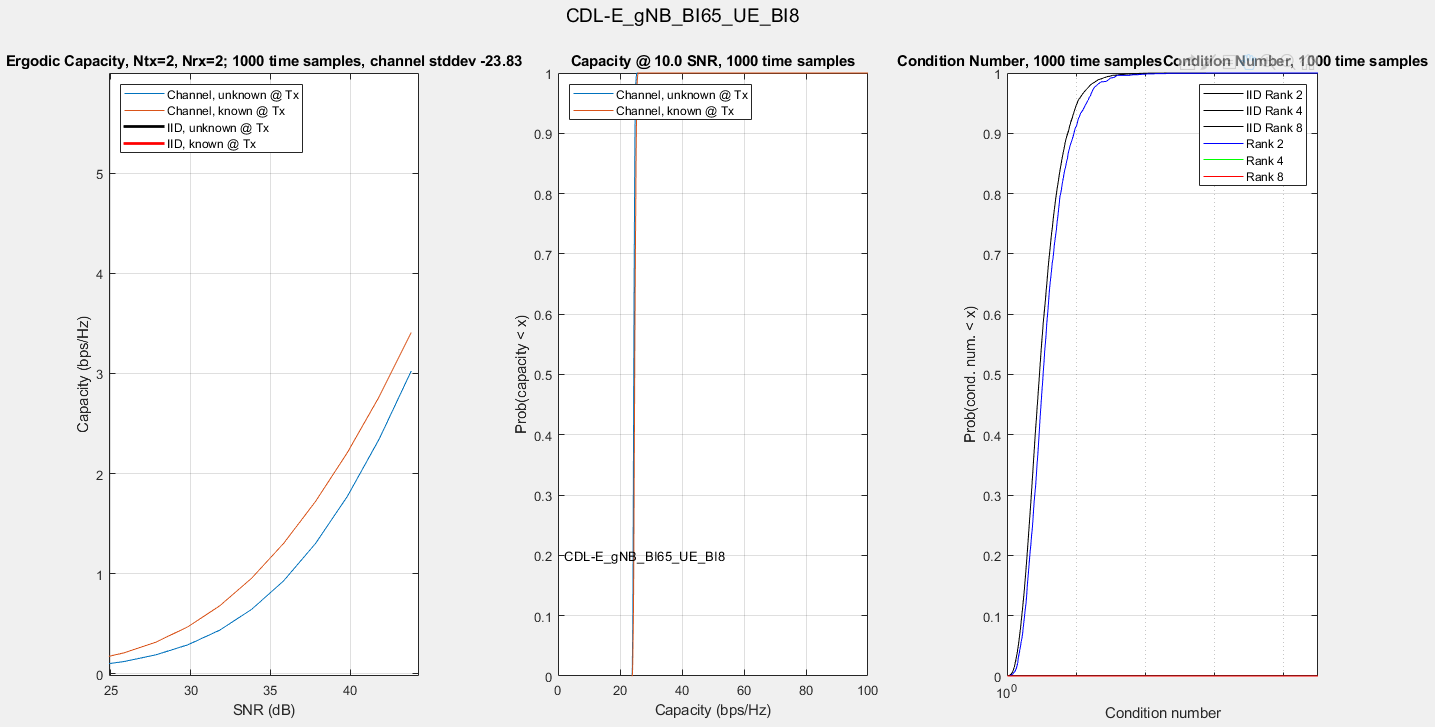 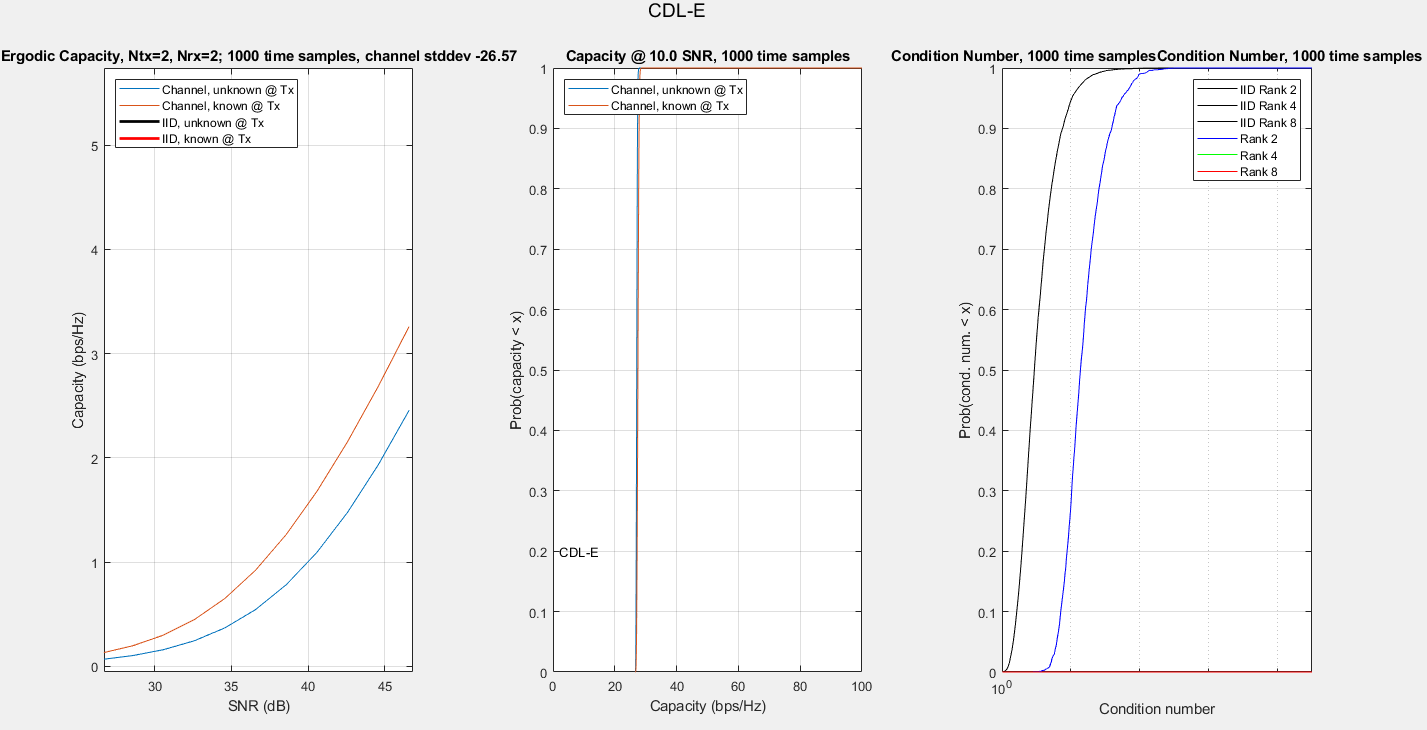 While ergodic capacity in the first subplots are very clear in conveying the channel capacity, How to make an assessment of channel capacity based on P(Capacity < x) in second subplots and P(Cond. Num < x) in the third subplots for each of the above channels, individually and relatively?

What the CDF of the capacity tells you is how it distributes, which allows you to say something about the quantiles. Ergodic capacity tells you: what capacity will we see on average? Quantiles are more relevant in practice: what capacity can we guarantee with 95% certainty? 99%? 99.9%? For this, you need a CDF and more often than not, you'll see a heavy-tailed distribution there.

Now, what you would like your system to do is a CDF that's very steep (yours are looking pretty good), which implies a well localized PDF, i.e., a low variance. It means that you'll have the 20-something bsp/Hz not just on average but with a pretty high probability. If the CDF were less steep you might still have 20 on average but with variations between 10 and 30, which is not that useful in practice if there is a certain data rate you want to guarantee.

For the condition number: this is an important aspect in MIMO channels if you want to maximize data rate by applying some form of spatial multiplexing, i.e., sending different data streams from your transmit antennas either towards different users (like in a multi-user MISO oder MIMO system) or towards your different RX antennas in a P2P system. For this to work, the MIMO system needs to offer enough spatial degrees of freedom. It needs to be full rank for it to work properly, and it will work even better of all the spatial eigenmodes are equally strong, which means the channel's singular values being almost equal (think of the singular values as the "strength" of individual spatial eigenmodes). This ideal case implies a condition number close to 1. The further it is from one, the larger the eigenvalue spread, which means some spatial eigenmodes will be weaker and thus be able to sustain only a lower data rate.

Not the answer you're looking for? Browse other questions tagged digital-communications fading-channel ergodic capacity or ask your own question.