When I plot said function output, "p," it looks like a typical spectrum with an easily identifiable peak at a given ix on the x axis. The help rubric from the function is

To give a concrete example:

order m is set to 10, for example, although this is incidental to my question as I can see from experiment that changing the value of m only affects the sharpness of the peak

and with these values the peak occurs at x axis ix == 22.

From this, what is the mathematics to get the measured frequency/period from the output of the function?

Plot of the output 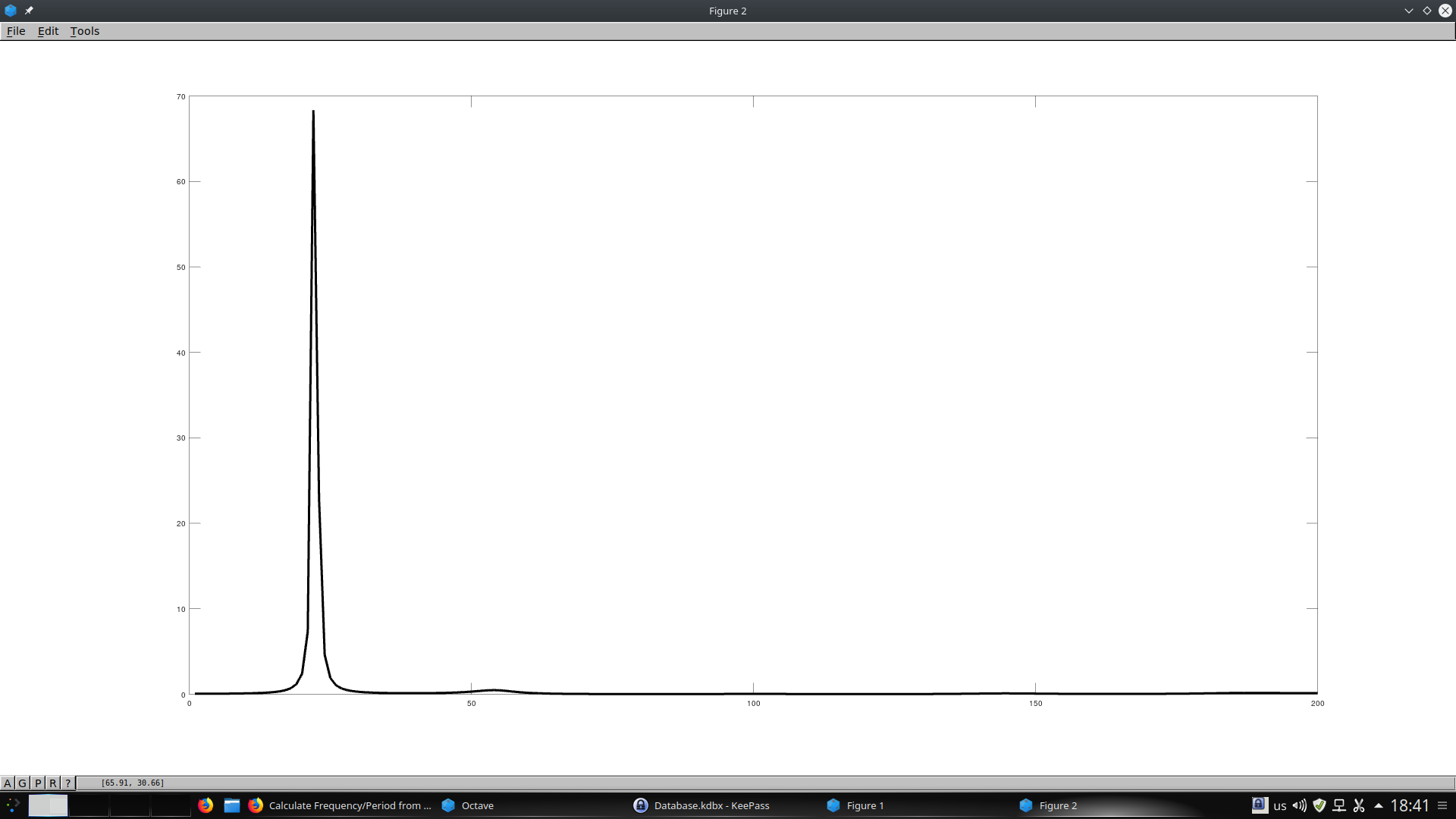 From the code on p.$7$ of this document it can be seen that the $N$ (nfreq in the code) frequency points are chosen equidistantly between zero and Nyquist (i.e., $f_s/2$, with $f_s$ being the sampling frequency) using the command linspace(). So the individual frequencies are given by

10
Designing a feature vector for discriminating between different sonic waveforms
1
Problem with Kalman filtering accelerometer data
1
Calculation of cosine in frequency domain instead of calculatin in time-domain followed by a FFT
0
Autoregressive Exogenous model on multiple datasets in MATLAB
0
How to Estimate a Normalized PSD Using the Burg’s Method in MATLAB?
0
The frequency-domain spectrum obtained using MATLAB's FFT function seems inaccurate
0
How to determine SNR required for adding AWGN noise to clean IQ samples?