So the question is to determine if this statement is true or false. The question can be seen below.

I know that two signals are orthogonal if their inner product is equal to 0. I know how this calculation is done with vectors but not with signals. Would be really helpful i someone could explain this to me. Is it also possible to just directly see it in the two graphs if they are orthogonal to each other? 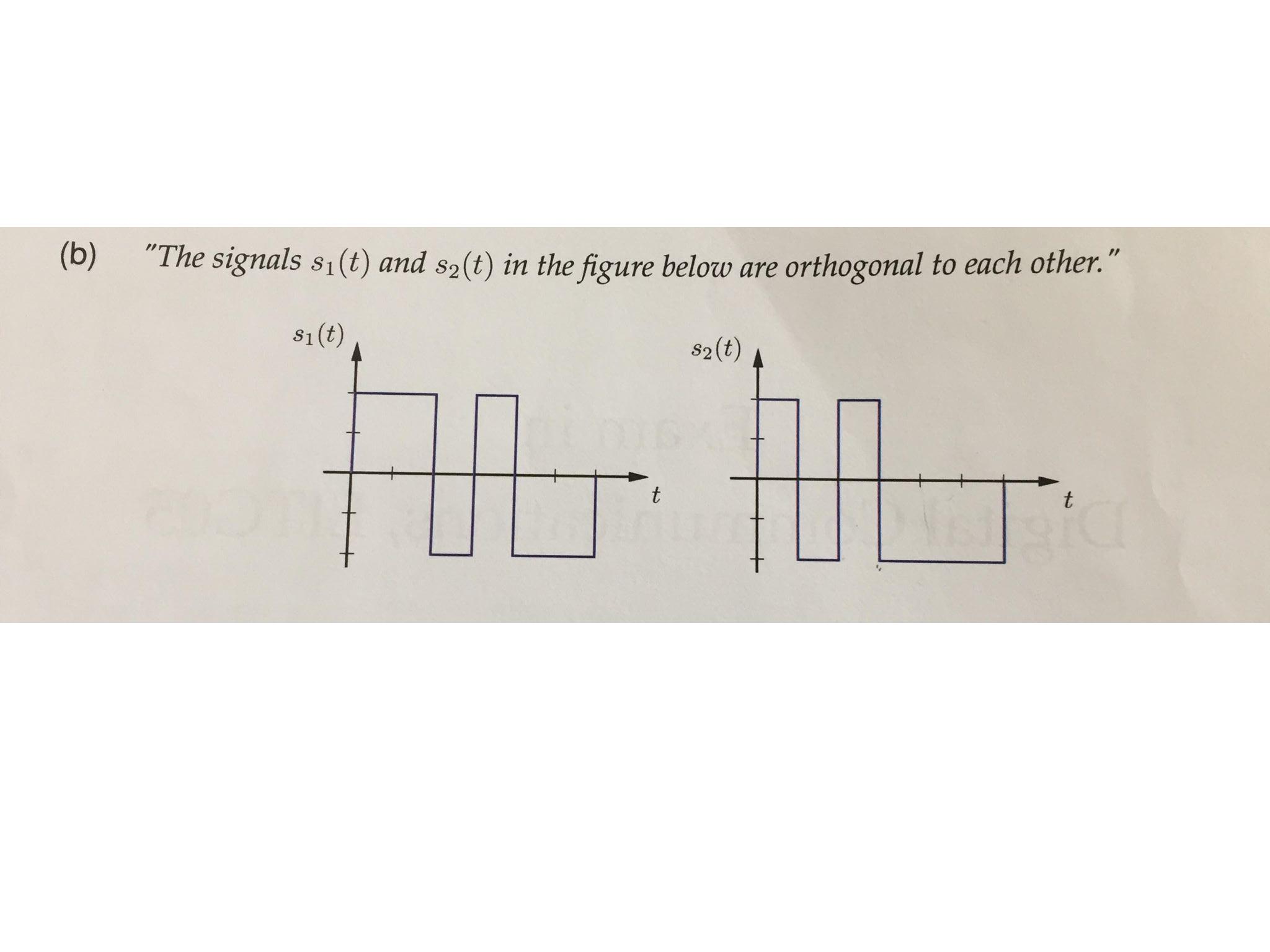 I would draw a new function which is the multiplication of both functions at each point and afterwards compute the "area"(:= Integral) under the graph. This process describes the formula in an intuitive way. 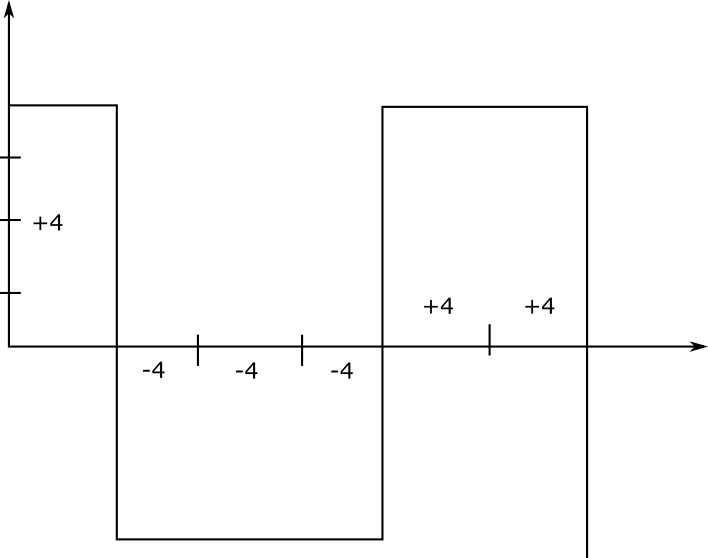 The inner product of two continuous-time signals is defined by

where $*$ denotes complex conjugation. In your example the conjugation is irrelevant because both signals are real-valued. So you just need to multiply the signals and determine the area of the result.

With $(1)$ it should be easy for you to show that the two given signals are indeed orthogonal.

Signals that are plus or minus constants on unit intervals (here $\pm 2$) are great example, because they help you understand some of the concepts of orthogonality, like a combination of amplitude and support, and you can almost evaluate it visually, without much computations. Plus, you don't have to deal with complex conjugates (as Matt did). 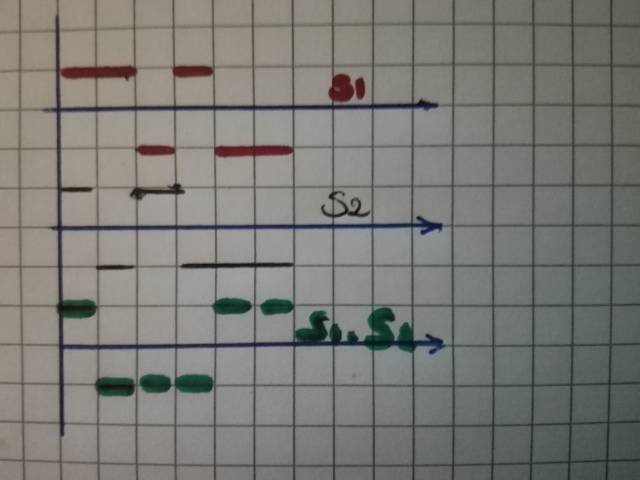 Each square of the product is thus of "unit surface", either positive or negative:

Signals will be orthogonal if there is the same number of positive and negative unit squares, so they sum up to zero surface. This is the layman version of the integral or sum definition of orthogonality for such simple signals, by counting areas multiplying support (unit $x$) and amplitude. So as there are three green bars up, and three down, they are orthogonal. Here is the same graph, showing same ($s$) and opposite ($o$) signs. 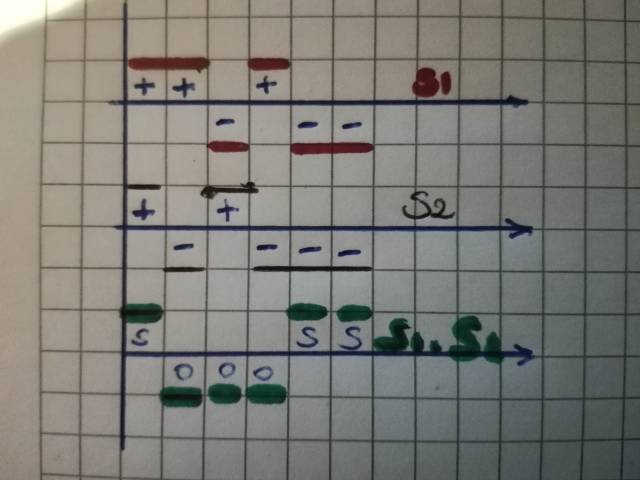 Not the answer you're looking for? Browse other questions tagged continuous-signals orthogonal-signals or ask your own question.

3
Why $x(t) = \cos(\frac{\pi}{3}t)$ and $y(t) = \sin(\frac{\pi}{3}t)$ are considered identical signals?
1
Sampling orthogonal signals
11
When are two signals orthogonal?
4
Orthogonal basis of signal space and the projection of white noise
2
When Two Sampled Sinusoidal Are Orthogonal?
3
Orthogonal Codes for Band Limited Channel
1
Determining time-invariance of a system
1
How to prove a train of sinc pulses in digital communicaton system are orthogonal to each other?