What measurement errors occur in an inteferogram?

This question is bordering on physics, but it is the signal side that I am interested in so I hope this is the correct forum.

I am very familiar with instrumental noise sources in CCD based spectrographs and what their signal properties are. I have come to realise how important understanding noise sources are in order to effectively mitigate for them.

Now I am taking an interest in FTIR which uses an interferometer to do the measurement and would like to understand how measurement errors manifest in the interferogram and how they manifest after the FT.

My suspicion is that the variations due to the technical act of measurement will share some aspects with CCD instruments but also present some sources that are very different. For example, spectrograph-CCD systems are affected by e.g. pixel-to-pixel shot noise, fixed pattern response, read out noise, spectra of optics (blank signal), dark signal, vibrations, alignment etc.

How do the following present in both the interferogram and the FT?

As I am not familiar with the technological errors associated with an interferometer I'm sure I've not anticipated some sources, so please educate me on any other sources of variation due to the technology (not the sample or sample-technology interface)

You did an excellent job in presenting the background and context of your question and your listing of error sources is fine. But FTIR also presents some other issues, particularly given the relatively poor SNR performance of IR detectors compared to UV-Vis regime detectors. So two things. First, I recommend this book: P.R. Griffiths, J.A. de Haseth, Fourier Transform Infrared Spectrometry, 2nd Ed., Wiley-Interscience, John Wiley & Sons, Inc., NY, ©2007.

Second, when I simulate FTIR using my optical calculus software, I generally include light source temperature fluctuations, jitter on the moving mirror and, of course, detector and preamplifier noises. The next few figures show the simulation model (with the 3 noise souces I stated), which looks somewhat like a block diagram, but is actually the simulation program, and some results for ethyl acrylate in the 400 to 4000 wavenumber range. Figure 1 follows: 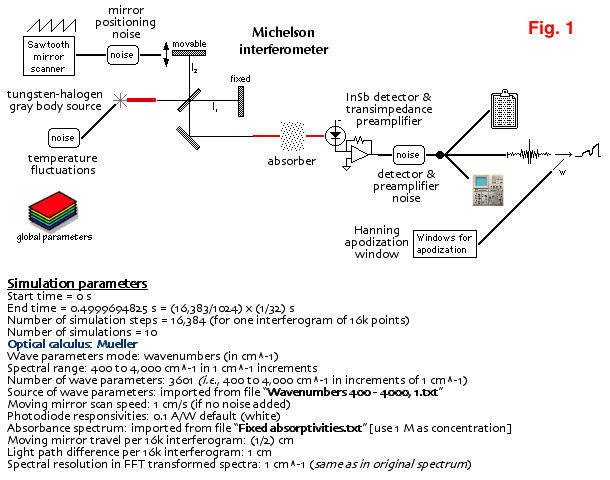 Above is Fig. 1, the FTIR simulation program with ethyl acrylate as the test substance. The simulation conditions are shown in Fig. 1.

Figure 2 is the last of the ten 16k interferograms generated. It takes about 2.5 minutes per interferogram on my 2006 iMac 24. (It would be much faster on a modern Windows-based PC, but speed isn't everything and I am currently holding off buying a new PC.) Figure 2 follows: 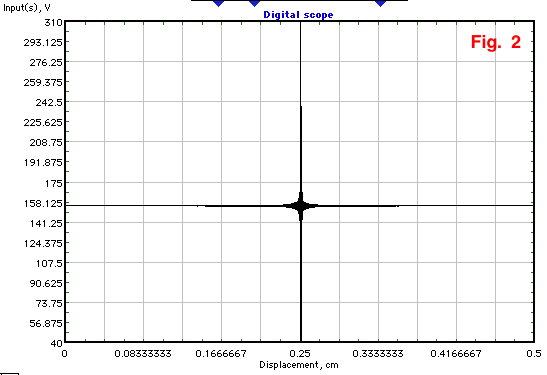 The next figure (Fig. 3) is an expanded view of the center of the interferogram: 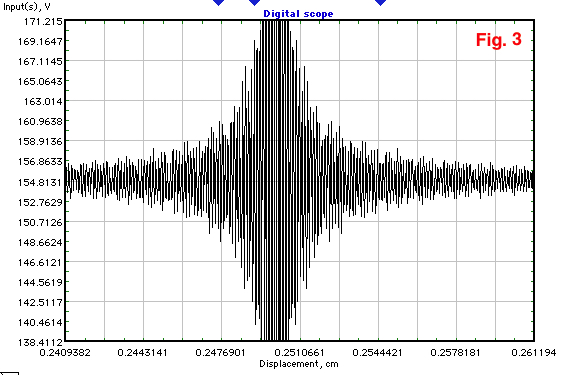 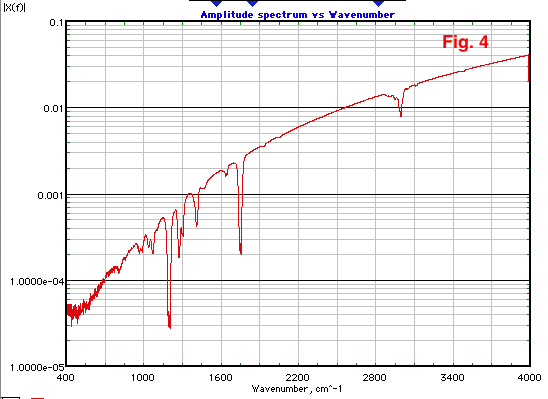 Then Fig. 5 shows the pseudo-transmittance of the background: 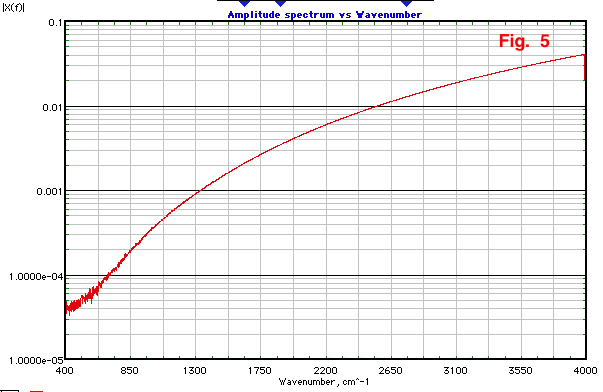 Finally, dividing the two pseudo-transmittances and taking the negative log yields the absorbance spectrum of ethyl acrylate, as shown in Fig. 6: 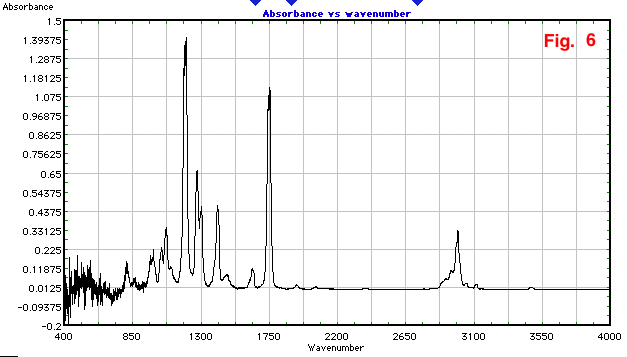 My software runs on PCs (and my real old Macs) and is free, with full commented source code. However, it is an add-on to a commercial simulation program called ExtendSim® (with which I am not financially associated: I am just a very early user).

If I can find any relevant and detailed papers discussing FTIR considerations in particular, I will edit this answer to include them. And it would benefit me as well, even though the spectroscopy I used to do was not in the IR.