There is probably something trivial behind this, but I am missing something. I need to create a stationary random time series data v(t) which is the the sum of another time series u(t) and u(t) with a time shift $\tau$, i.e

The series u(t) is itself a stationary colored Gaussian time-series with some PSD $S_u(f)$. No problem! I wrote a small function (using Python) to make u(t) for a given PSD. I calculate the PSD of the the generated time series using Welch's method and it checks out. 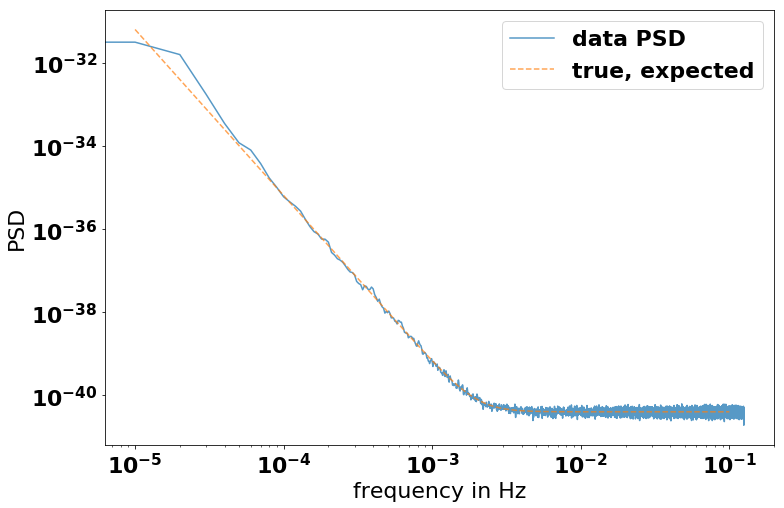 And the PSD of V should then be (using Euler identity)

In particular $S_v$ should vanish when $f = \frac{2n + 1}{2 \tau}$ with the smallest zero being at $\frac{1}{2 \tau}$. However when I test my this with the u(t) series I generated above the PSD looks different. There are zeros low frequencies which shouldn't exist. For example here is the PSD of the v(t) series and the spectra I would expect for $\tau = 2$. (The first zero should be at 0.25 Hz) 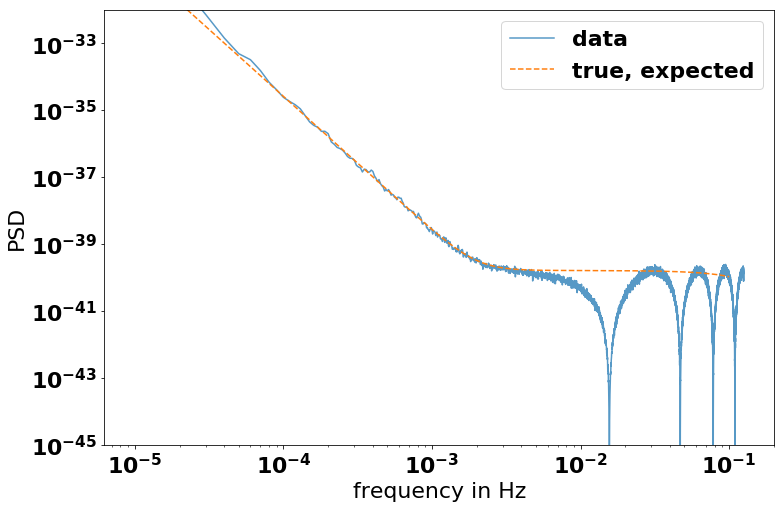 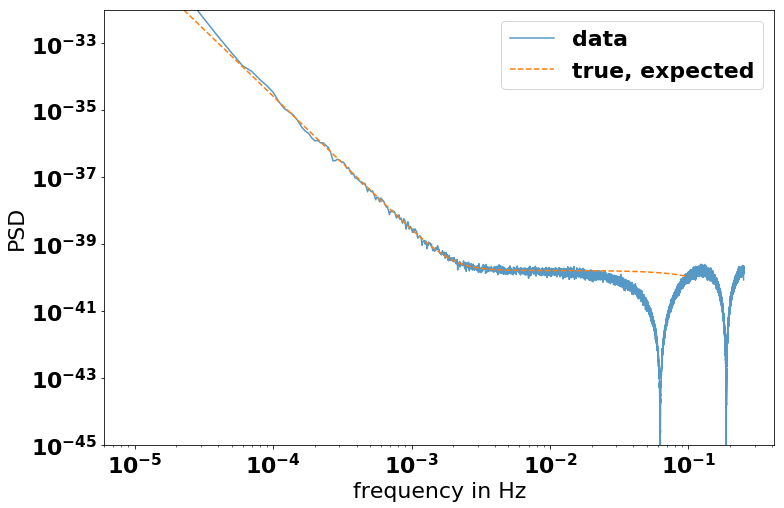 I am kind of baffled by this. Any help would be greatly appreciated. Sorry about the long post, and thanks in advance!!

EDIT: After using a higher sample rate as suggested by Hilmar below, and fixing the error I described in the comment everything looks good. Spectrum for the fixed case below. 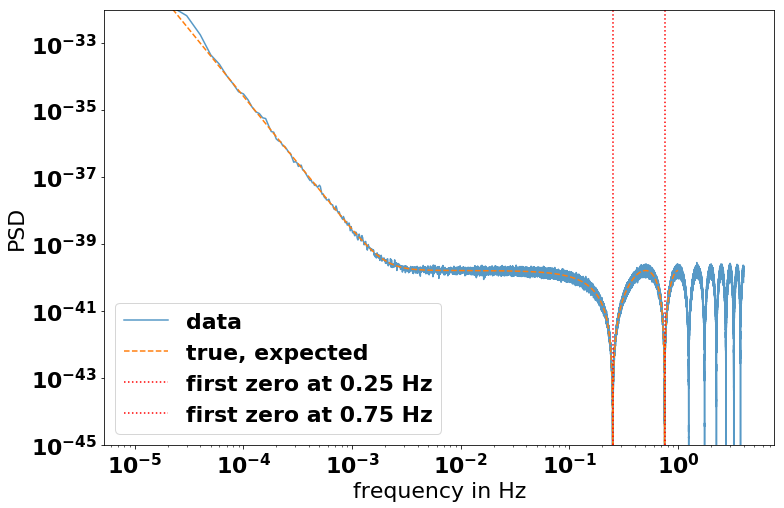 Your math is correct, for a delay of 2 seconds, the first null in the PSD should be at 0.25 Hz.

Not the answer you're looking for? Browse other questions tagged fft fourier-transform power-spectral-density or ask your own question.

3
The Fourier transform of a damped cosine and the units of the result
1
How to create a wide-sense stationary time series with a frequency of 40 Hz?
2
Help with obtaining the power spectral density of a simple continuous cosine (using both forms of the definition for PSD)
0
Processes/Transforms involved to get brainwave data from raw EEG? (Autocorrelation confusion)