Finding the differences(using features, not subtraction) in order to find differences in signals

I have a question. Let’s say I have two signals (discretely represented as arrays), $S_1$ and $S_2$ as shown below. $S_1$ has a similar form to $S_2$. If the signals are subtracted, $S_2-S_1$, they will not give the output on the right as their voltages don’t necessarily line up in the parts where their features don’t. Is there a way I can filter $S_1$ Using $S_2$ to give me the output on the right. Thanks 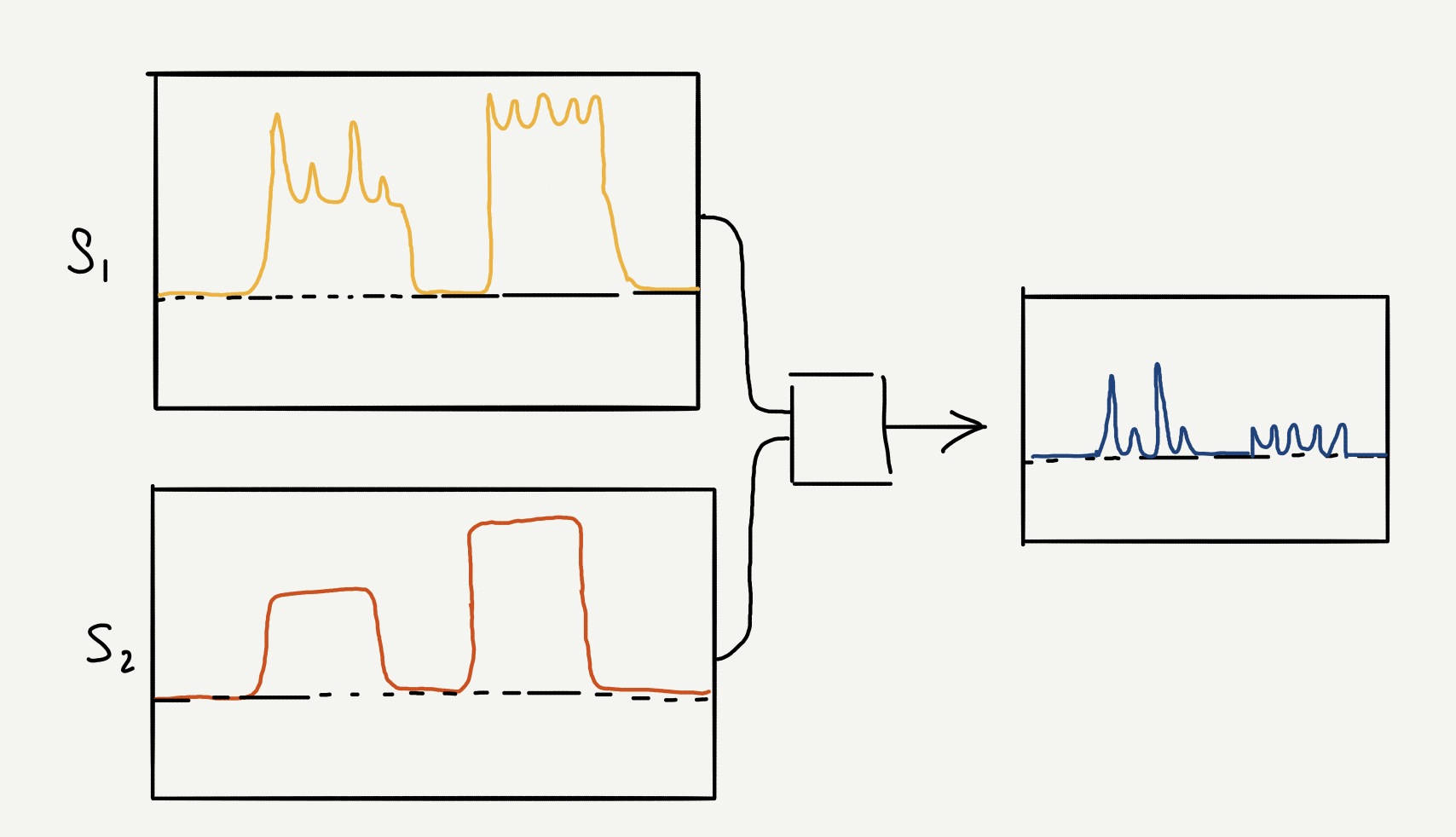 Browse other questions tagged filters discrete-signals feature-detection or ask your own question.

10
On the de-noising of time-frequency images
2
Finding Frequency Differences In Differing Amplitude Signals
3
How to Extract Nonorthogonal PCA Principal Components
0
Is this a kind of aliasing error and how to make correction?
1
How do I efficiently evaluate a convolution integral between different-sized domains?
1
How to deal with the mirrored components of a FFT? And another question
0
DC Components and Frequency
1
Evaluating the continuous Fourier transform of a constant, and matching it up with the FFT result
2
Finding SNR for a portion complex signal