I have a length 10 Finite Impulse response as shown below, and I am trying to find the phase delay of this FIR. 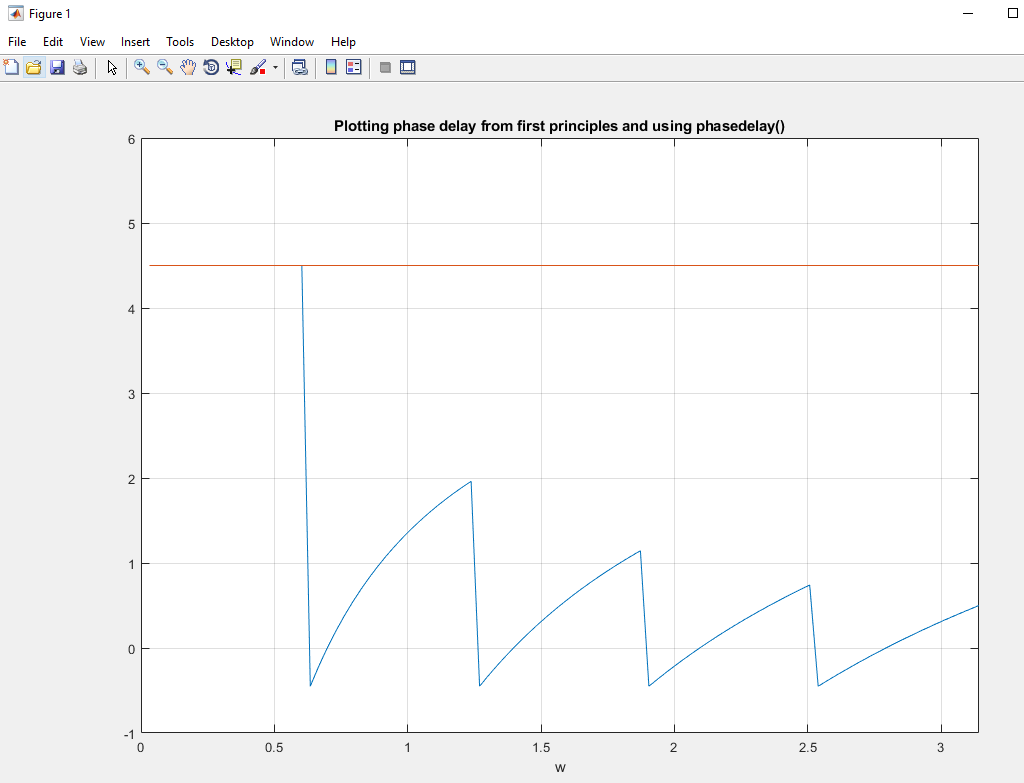 The problem is the definition of the phase. The command angle() computes the phase $\phi(\omega)$ according to

where $H(e^{j\omega})$ is the complex frequency response. At frequencies $\omega$ where the frequency response has zeros, the phase jumps by $\pi$. This is shown in the two left figures of the plot below. You can't compute the phase delay from $\phi(\omega)$ because of the jumps. Note that in your computation, the phase delay is correct until the first phase jump due to the first zero of the magnitude response.

The phase delay needs to be computed from a continuous phase $\varphi(\omega)$, which is implicitly defined by

and for the given linear-phase FIR filter the phase delay is constant:

where $N$ is the filter length.

Note that the continuous phase $\varphi(\omega)$ cannot be obtained from $\phi(\omega)$ using the Matlab function unwrap(), because the latter just removes jumps by (multiples of) $2\pi$ due to phase ambiguity. Here we have to deal with actual phase jumps due to zeros of $H(e^{j\omega})$. 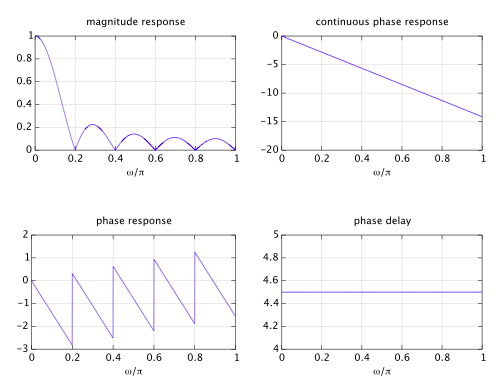 Not the answer you're looking for? Browse other questions tagged matlab filters phase fir delay or ask your own question.