What Is the Relation Between Deblurring and Deconvolution in Computer Vision and Image Processing?

The deblurring problem can be modelled as follows

In computer vision, what is the relation between deblurring and deconvolution?

Let me present the following Diagram: 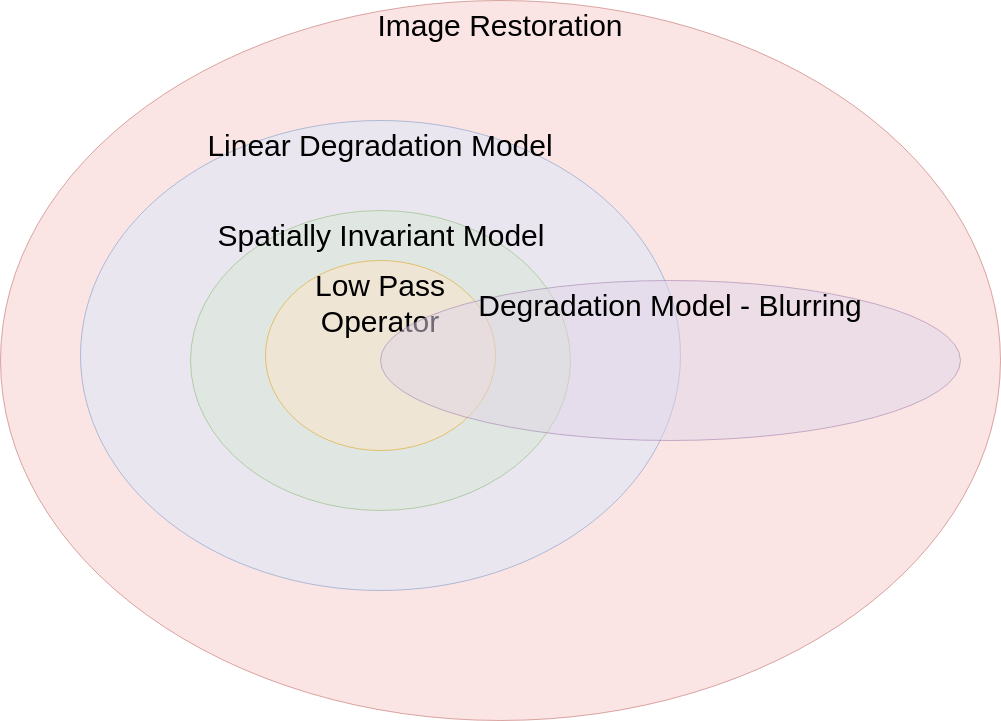 So, both Deblurring and Deconvolution are operations within the family of Image Restoration (Which is a subset of Inverse Problem set).

Basically we build the Image Restoration set by different Degradation Models.
The one related to the question are:

In the context of image processing (and machine vision as well), blurring is an operation that reduces the sharpness of an image by some lowpass filtering applied on it.

There are different causes of blurring such as lens blur, motion blur, or just LSI (linear shift invariant) lowpass filtering.

Deblurring refers to any restoration performed on the image that try to remove the effect of a previous blurring, by outputting a sharper (similar to original) version of the image.

2
Why can convolution only be applied to compute the output of a linear filter?

9
Image processing and the Fourier Transform
1
Computer Vision - Gaussian Pyramid, Scale Space and Pattern Matching
2
Segmenting and labeling chessboards through computer vision
2
What Are the Differences between Super Resolution, Denoising and Deblurring?
3
What is the difference between an impulse response and a kernel?
3
What is the relation between time, frequency, spatial and spectral domains?
3
Estimating the Signal by Deconvolution with a Prior on the Filter Coefficients and the Signal Samples
2
How is digital signal processing related to Computer Vision?