Let's assume I send a root raised cosine pulse of 1ns at t=0 through a wireless channel. The power measured @ Receiver from t=0 is shown in image. 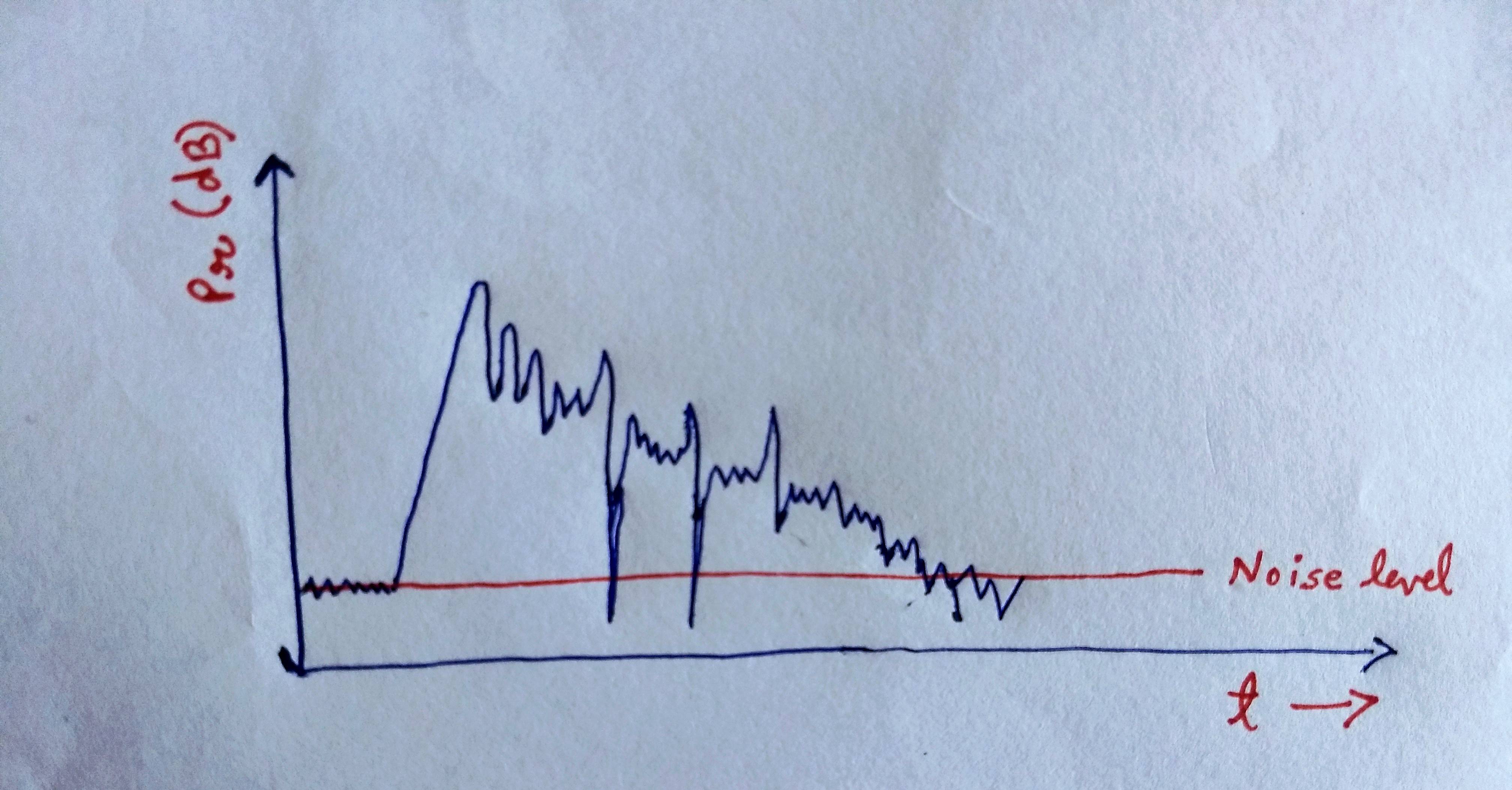 Now from this image, I know that there are multipath components(due to spreading of signal power across time).

Typically a known sequence is transmitted (often as a preamble) that has properties to aid in determining the channel characteristics (by spreading its energy across all frequencies within your signal bandwidth) and in determining the symbol clock (many transitions at the symbol clock boundary). Both can be accomplished by using pseudo-random sequences which also have the desirable property of an autocorrelation that approximates an impulse function (useful for establishing a timing boundaries under low SNR conditions). When shorter sequences are sufficient for acquisition and channel estimation, Barker codes also have the desirable autocorrelation and signal energy spreading properties mentioned (these go hand in hand: the autocorrelation of white noise is an impulse).

The details on estimating the channel (or equalizing your signal to remove the channel distortions) for single-carrrier modulation schemes are identical to the operations detailed in this post here: Compensating Loudspeaker frequency response in an audio signal

Not the answer you're looking for? Browse other questions tagged signal-detection signal-power or ask your own question.

1
How does 3D Time-of-Flight (TOF) camera work?
5
Create Matched Filter Reference Signal when Scaling Unknown
0
How to detect Frequency Sweep Direction when Channel is unknown
0
Carrier Recovery, Frequency and Phase offset in (CP)FSK
0
How to calculate the total signal strength and phase shift of multiple signals in a reciever