Suppose we have this signal from this wiki page

The article tells that T is a period of chirp modulation in which frequency changes. So my question is how to create signal with constant $f_1$ frequency after T? 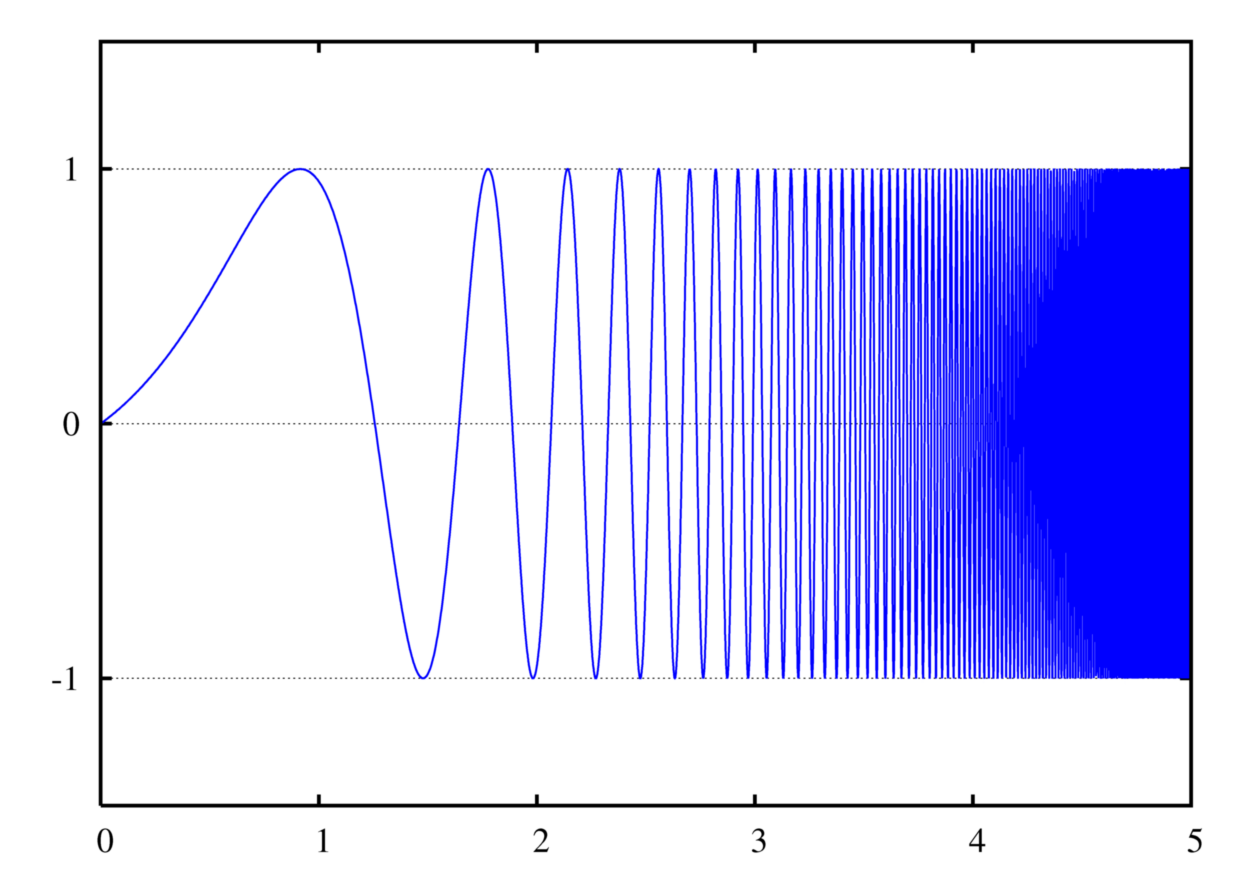 how to create signal with constant $f_1$ frequency after T?

Find the instantaneous phase at the end of the $T$ interval and keep adding it to the phase that makes the $\sin()$ "go round".

A plain simple oscillator at some frequency $f$ has its phase increasing at a constant rate.

Here is an example (in GNU Octave but easily transferable to other platforms as well):

When the oscillator is "chirping", the rate of change of the phase is variable. For example:

And the rate of change of the phase of the $\sin$ is: 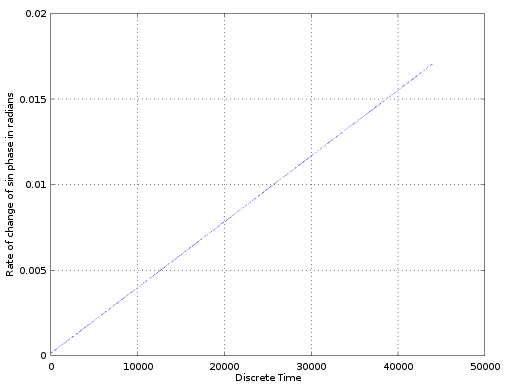 So, to have the oscillator stay at the chirp's concluding frequency, keep accumulating the phase at the constant rate you are after from the last known value of the chirp's phase (to avoid phase jumps). For example:

Now, if you feed the combined result of r, z into the oscillator y with something like y = sin([r,z]); it would look like: 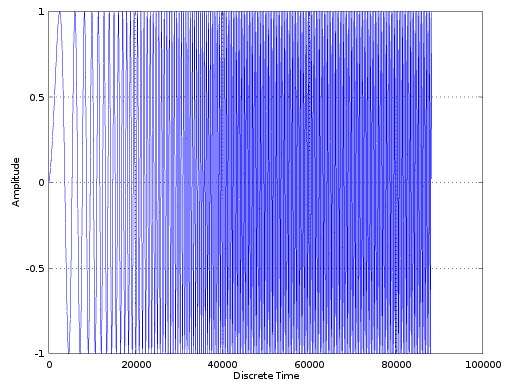 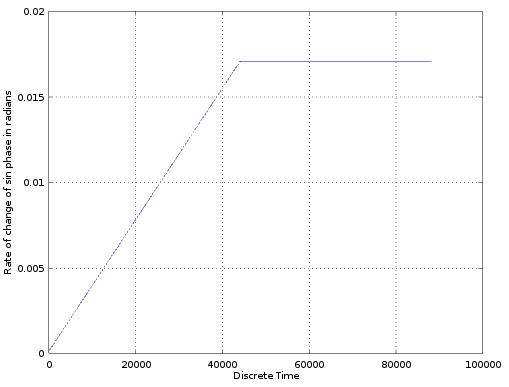 If you want the frequency to linearly increase from $f_0$ to $f_1$ (i.e., a chirp) then the solution is given in the answer to this related question.

If you want a sinusoid with a constant frequency $f_0$ for $t<T$, and with frequency $f_1$ for $t>T$, then - since the phase is ($2\pi$ times) the integral of the frequency - the corresponding phase is given by

where I've chosen the constants in such a way that the phase is continuous at $t=T$.

The desired signal is given by

Not the answer you're looking for? Browse other questions tagged linear-chirp or ask your own question.

4
Simulation of a Frequency ramp