Nyquist Plot for transfer functions with poles at the origin

I'm learning Nyquist plots and something has been seriously bugging me when treating poles or zeros in the origin. Nyquist plots obtains information based on the argument principle which states

"If f(z) is a meromorphic function inside and on some closed contour C, and f has no zeros or poles on C, then

So we just ignore the fact the transfer function contains a pole over the contour $C$? How can we treat them normally when it clearly violates the argument principle?

We don't ignore poles on the contour. As mentioned in a comment, poles are avoided by modifying the contour as shown in the figure below, where a contour appropriate for a pole at $s=0$ is shown. 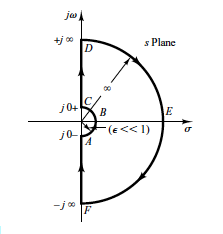 The contour moves around the pole along a semi-circle centered at the location of the pole. The radius of that semi-circle approaches zero, such that the whole right half-plane is enclosed by the resulting contour. Note that by choosing the contour in this way, a pole on the imaginary axis is outside the contour, and will not add to the encirclements of the origin in the Nyquist plot.

Of course we could also move along a semi-circle in the left half-plane to avoid a pole on the imaginary axis. In that case, the pole would be inside the contour.

As an example, consider the function 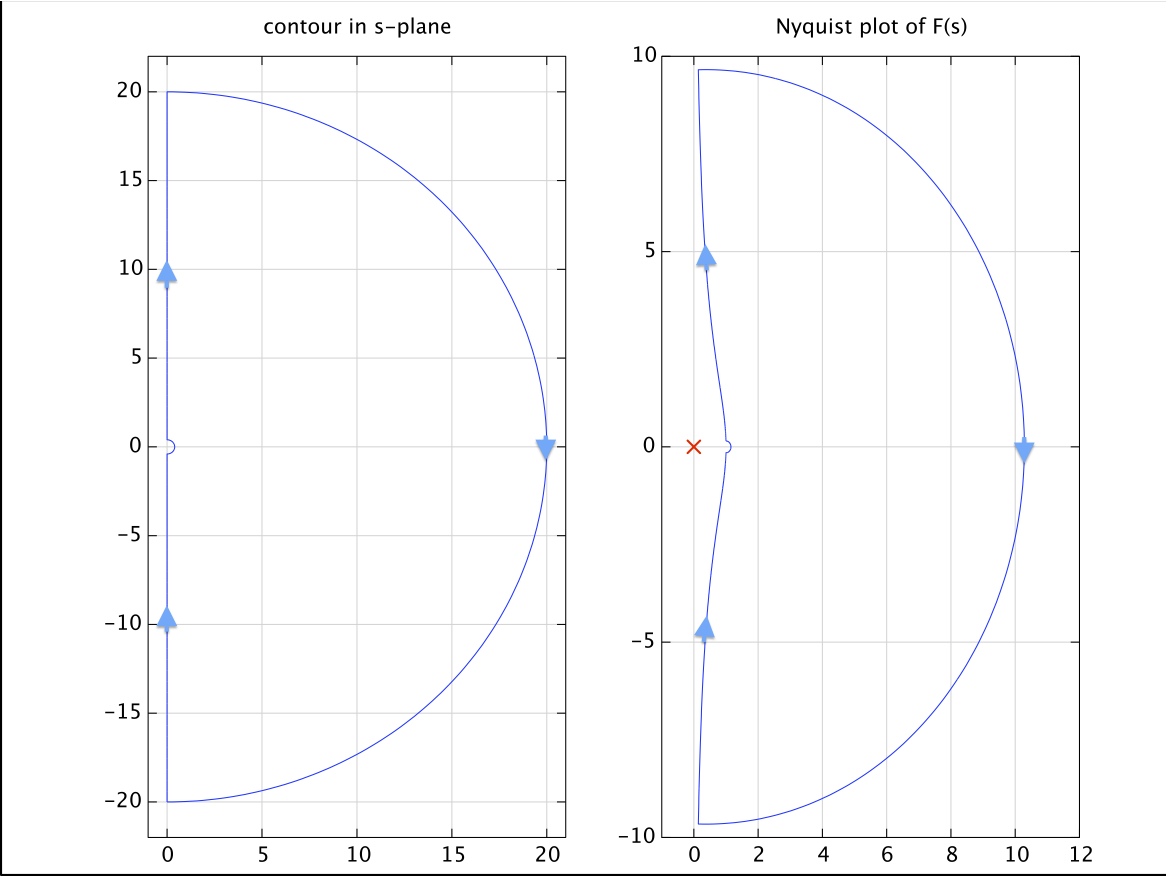 There is no encirclement of the origin, in agreement with the fact that there are no poles and zeros inside the contour. Note that due to our choice of the contour, the pole at $s=0$ is outside the contour.

If we choose a different contour with a small semi-circle in the left half-plane to avoid the pole at $s=0$ (left-hand side figure below), the pole at $s=0$ is inside the contour, and, consequently, the Nyquist plot shows one counter-clockwise encirclement of the origin (right-hand side figure below), corresponding to one pole and no zeros inside the contour. 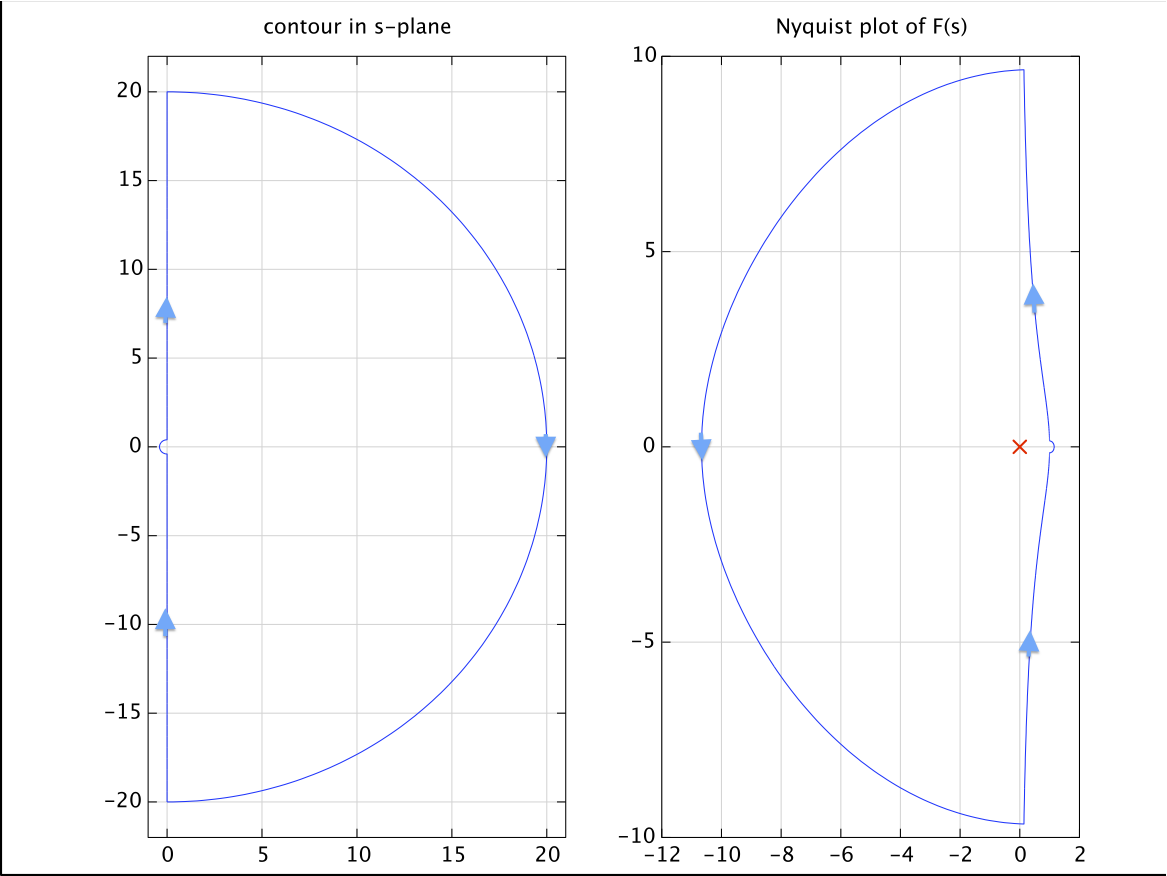 Not the answer you're looking for? Browse other questions tagged frequency-spectrum frequency-response nyquist poles-zeros stability or ask your own question.