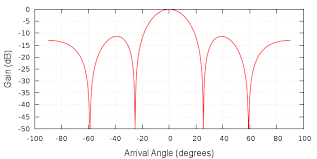 where the arrival angle ranges between -90 to 90 degrees. But then other places show the full 360 degree view sometimes in a polar plot like this 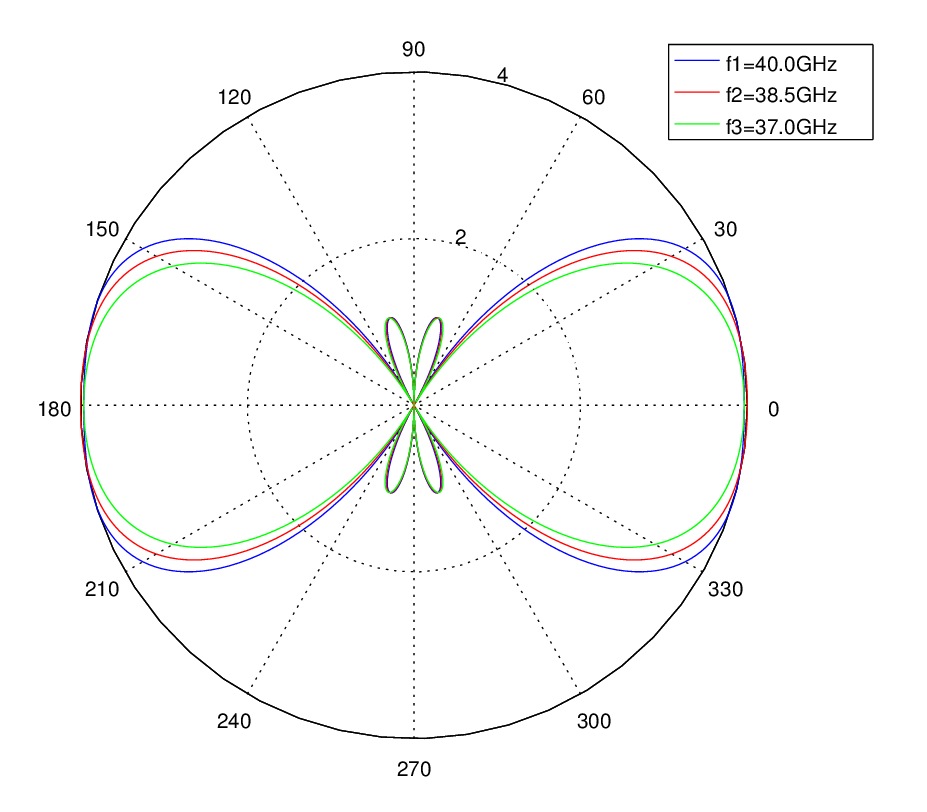 My question is, when doing a simulation is it ever warranted to ignore signals with angles of arrival greater than 90 degrees? For example, if my signal of interest has an angle of arrival of 30 degrees and an interference signal is at -80 degrees (difference between these is |-80 - 30| = 110 degrees), is it really like the first figure where the gain plot only exists between -90 to 90 degrees? 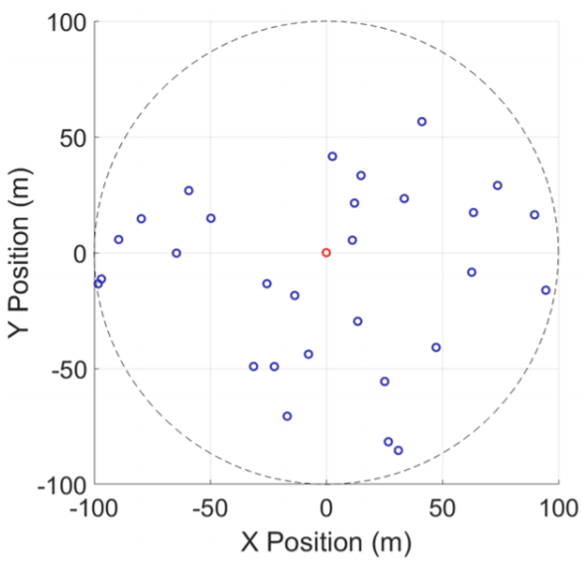 the plots are likely from a line or what is often called a ULA and there is a mirror image response. It is sometimes called a left/right ambiguity.

Your question’s answer depends on the purpose of your simulation. The plots are probably equivalent, the response is over 360 degrees in both plots but people often drop the redundant half circle.

if you have a problem where objects are distributed over 360 degrees, simulate that, otherwise 180 is fine.

I usually plot in $\cos(\theta)$ coordinates which range from -1 to 1 for most of my work. For a ULA, the pattern is the same regardless of the steering direction using this convention. If the array weights are symmetric, 0 to 1 is sufficient.

It all depends on what your application is and what you are investigating and the conventions of your community which isn’t specified in your question.

The only caveat is that in some applications you might have some structure blocking the back half of the array. In SONAR it is called a baffle. In RF there are other caveats like a ground plane on one side.

Actual arrays have more complicated responses because what you showed are probably Array Factor responses where each element is assumed ideally “isotropic”. Real array elements have some directionality. The Array Factor also ignores element to element coupling.

In summary, it could be warranted but in many applications it might not matter.

Not the answer you're looking for? Browse other questions tagged digital-communications beamforming or ask your own question.