Intuitively, why is the comb function the sampling function?

where $\delta$ is the Dirac function, which is $\infty$ whenever its input is 0, and it is $0$ otherwise. So, when $t = kT$, then the Dirac delta is not zero. $T$ should be the "sampling period", which I am not sure what it is, but I think it is a way for us to specify when we are going to sample a value.

We could think of the comb function as multiple "impulses" (or multiple Dirac functions) at evenly spaced points (where the space between these single Dirac functions is $T$). We can see this from the following image 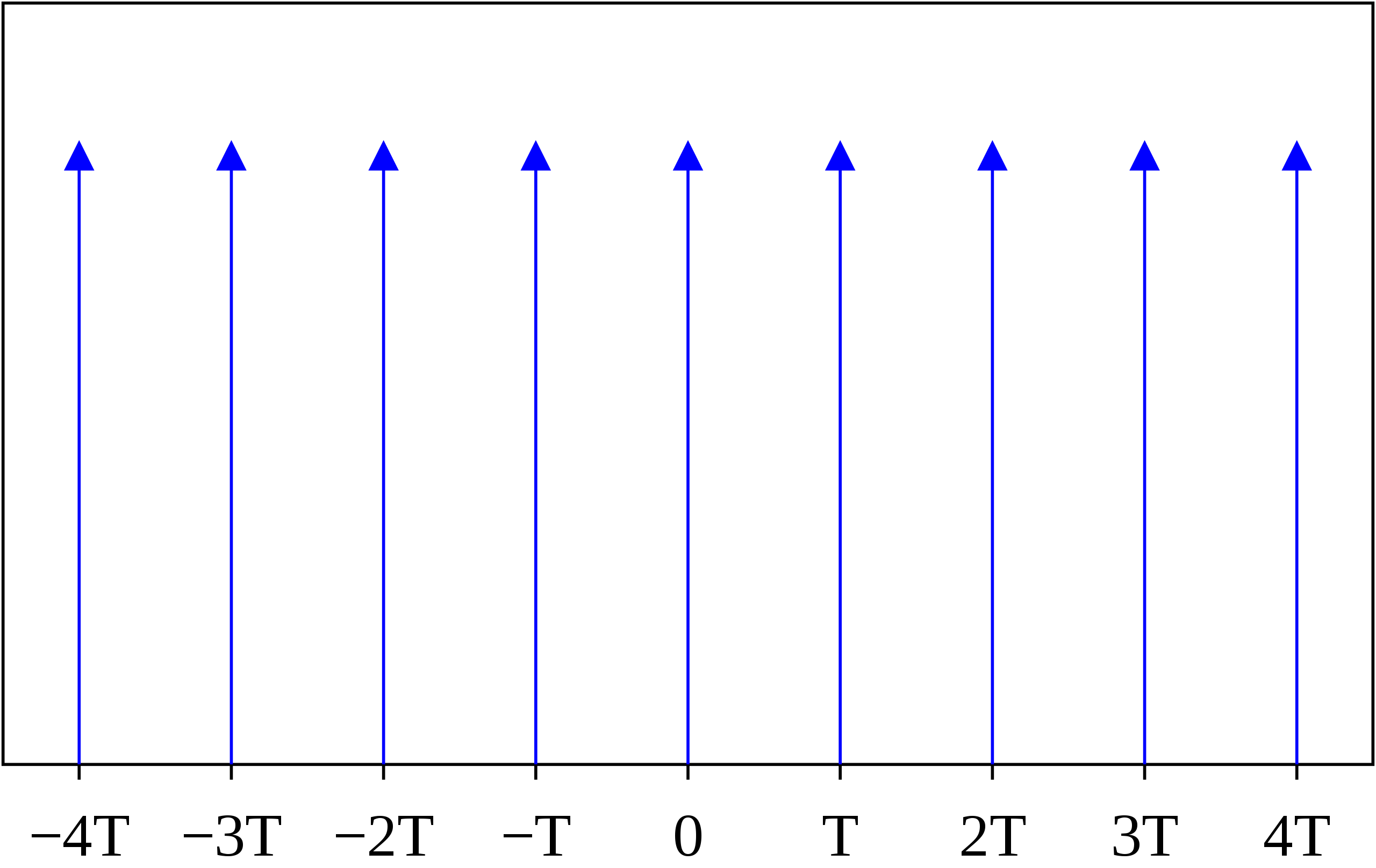 So, a discrete signal, $X_s(t)$ (where the subscript $s$ stands for "sampled") can be represented as follows

Browse other questions tagged image-processing sampling computer-vision or ask your own question.

5
Sampling Theorem and Dirac Comb
12
Sampling of a continuous function: Kronecker's or Dirac's delta?
0
Why is dirac delta used in continuous signal sampling?
3
Relationship Between Sampled Continuous and Discrete Time Signals
1
Interpretation of a sampled signal in the frequency domain
0
Laplace transform of product of signal and impulse train
5
implication of sampling and reconstruction theorem
0
Use of the Dirac delta as a sampling operator
2
Relation between the DTFT and CTFT in sampling- sample period isn't as the impulse train period
0
Fourier transform of dirac comb with function: The scaling factor