What is the line encoding in this FSK signal

As a learning exercise, I'm trying to reverse engineer the radio protocol of a 27MHz wireless mouse. The device currently transmits on the 27.045MHz channel and uses 2FSK. I have an IQ recording of the data transmitted during a left button press here (32-bit float 1MHz sample rate).

Using the cursors in inspectrum, I can see that the chip rate is 5k, there is a preamble at the start (not sure what the extra few chips before are), followed by the data presumably. 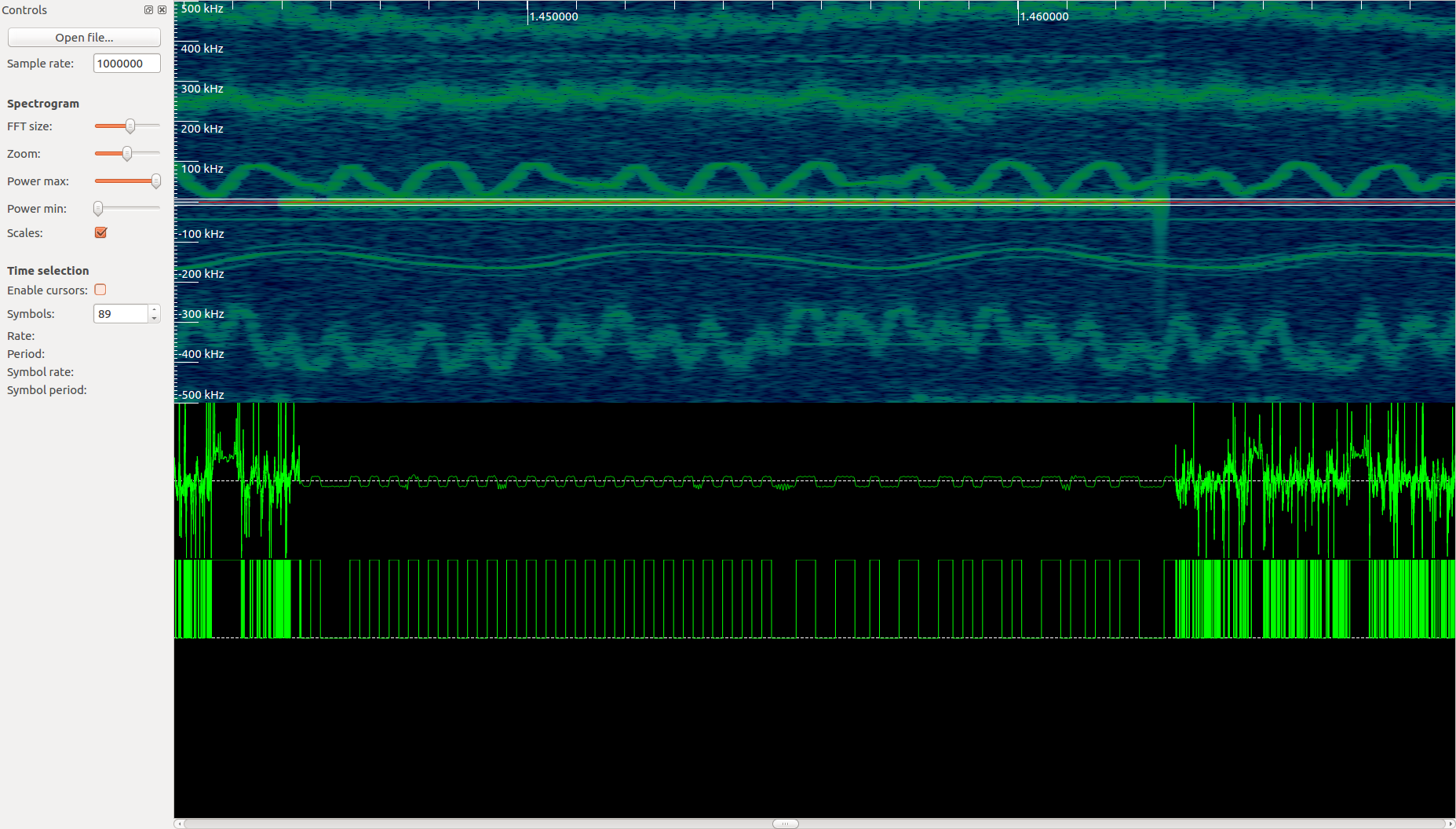 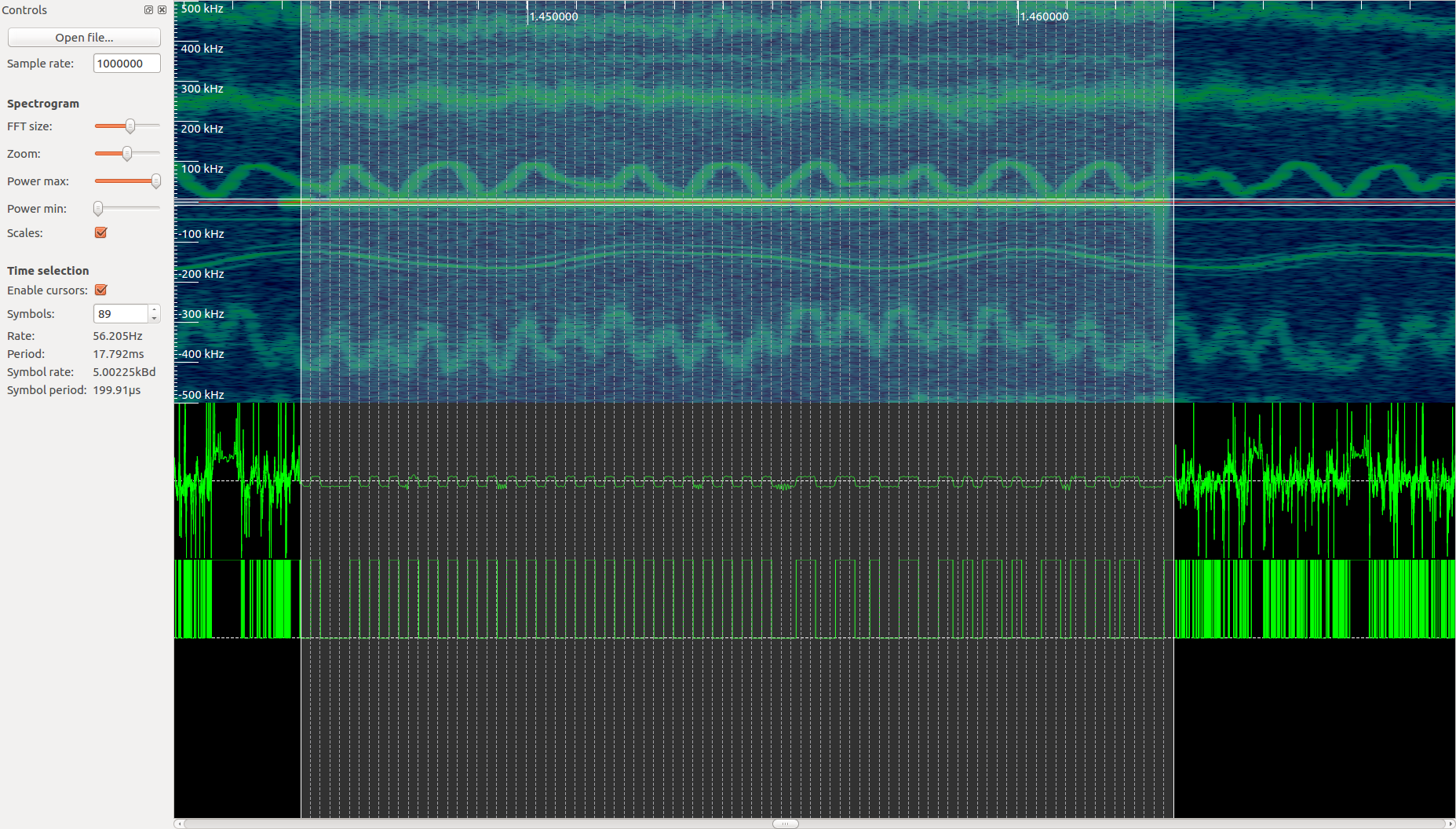 Judging by the lack of long runs of 1s and 0s, the data is probably line encoded, however I'm not sure what encoding is being used here. In the data section after the preamble, the gaps between transitions vary between 1, 1.5, 2 and 2.5 chips. Looking at common line encodings such as Manchester, the gaps between transitions are either 1 or 2 chips. It's not obvious what line encoding is being used here.

Browse other questions tagged fsk software-defined-radio reverse-engineering or ask your own question.

0
How do I differentiate between signals from an unknown program?

9
Spectrum of FSK signal
0
MFSK vs FSK: Why BER decreases increasing the symbols
3
Avoiding DC spike while decoding FSK signal
1
How to determine the symbol rate of a 2-FSK signal?
2
Mystery signal - FSK, BPSK?
0
modulate/demodulate audio file as FSK signal mixed with music signal
1
Methods for aligning FFT bins with an FSK signal
0
Demodulation of FSK signal
0
How to find the bandwidth of the transmitted M-FSK signal?