I am struggling with understanding the phase contribution of each individual pole. Let's say we have a system (minimum-phase system if it makes a difference) and it has poles located at:

What is the analytical relation between the phase contribution of these two complex poles?

Given s as any point on the s-plane, and $z_1$ and $p_1$ as specific points, we see that the above expression can be viewed as the ratio of two phasors, alternatively expressed as $$H(s) = \frac{A\angle\phi_1}{B\angle\phi_2}$$

To see this clearly, and how it will ultimately answer your question; first consider two arbitrary points on the complex plane, for example m and n, as shown in the graphic below: 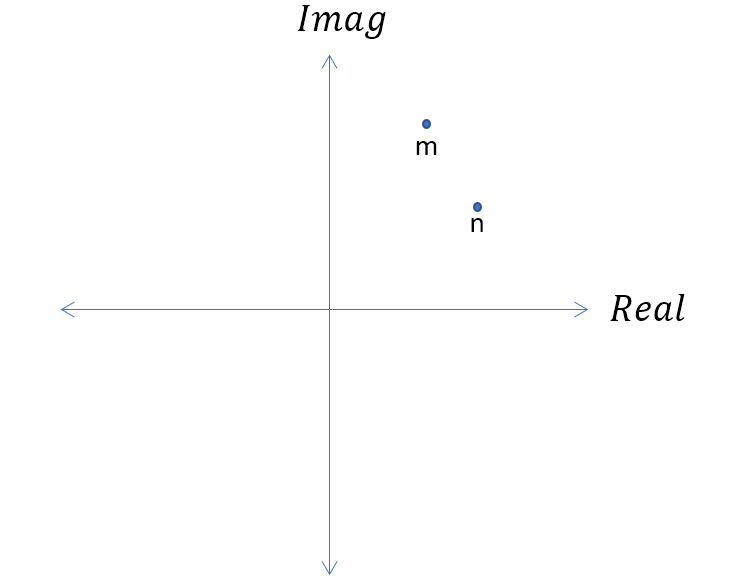 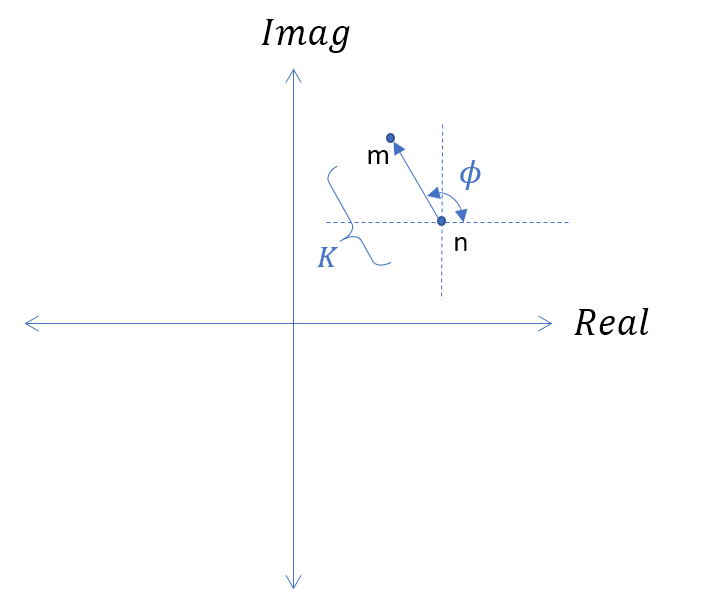 As stated initially, the phase contribution of each pole and zero is given by the frequency response, and the frequency response is given by restricting s to be the $j\omega$ (or imaginary) axis. So as we sweep s along the $j\omega$ axis, each zero in the numerator and each pole in the denominator contribute to the magnitude and phase of the overall response. The phase of the numerator will add, and the phase of the denominator will subtract (for example the simple case of 1/j = -j wich is $-\pi/2$ (-90°): As phasors, this expression is magnitude 1 at angle zero divided by magnitude 1 at angle $\pi/2$). 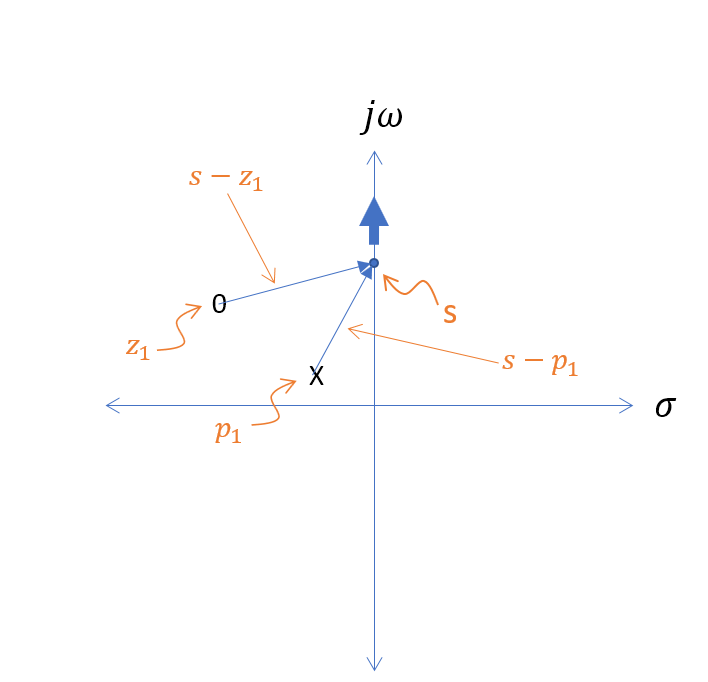 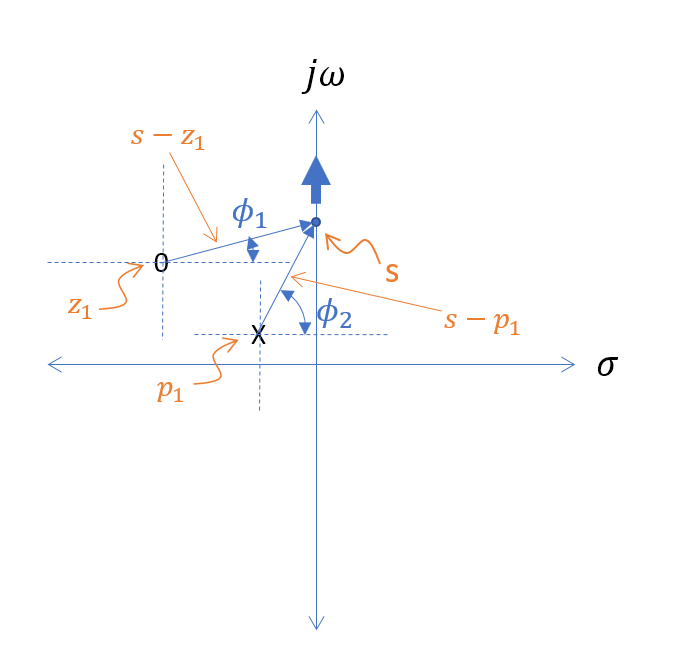 You can apply the above to your specific case, except $0.9e^{j\pi/4}$ is a pole in the right half plane, which would be unstable (will not converge). If you corrected that for a case where both poles are in the left half plane, then each pole will contribute phase as described above and the overall phase response will be the sum of the two. Thus for two poles in the left half plane, the phase will approach -$\pi$ (-180°) as s approaches infinity.

Not the answer you're looking for? Browse other questions tagged phase frequency-response poles-zeros or ask your own question.